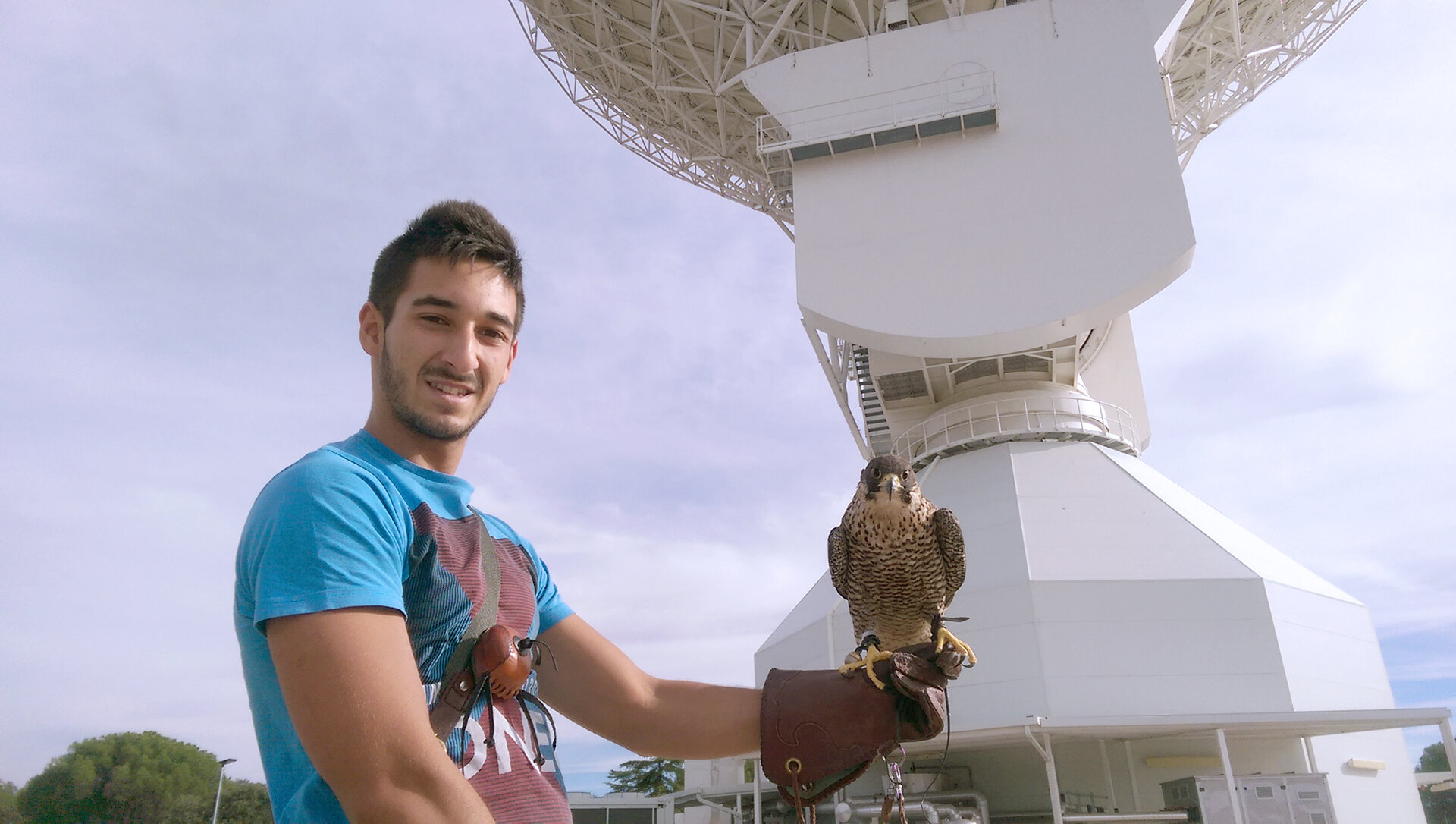 This fierce creature is Nalla, a female peregrine falcon, resting on her handler, Adrian Rubio Botello.

He brings her round to the Cebreros tracking station, near Madrid, Spain, every so often, and she ensures other birds − who might mistake our beautiful tracking antenna for a toilet or want to build their nests on it − behave.

Nalla possesses, let’s say, certain ‘persuasive abilities’, and the local birds stay far away, and our station stays pristine and ready to communicate with missions voyaging out to 800 million km.

We call it ‘the mediaeval art of falcon persuasion’ – and it works.

In 2015, ESA is celebrating the 40th anniversary of Estrack, the Agency’s ground station network.

Estrack provides the indispensable communications link to spacecraft that are helping us to learn about our planet, our Solar System and our Universe.

Estrack has stations on three continents, all remotely operated from the European Space Operations Centre in Darmstadt, Germany.

The network is now tracking more than a dozen science and Earth observation missions, including Swarm, the Sentinels, Rosetta, Gaia and Mars Express.