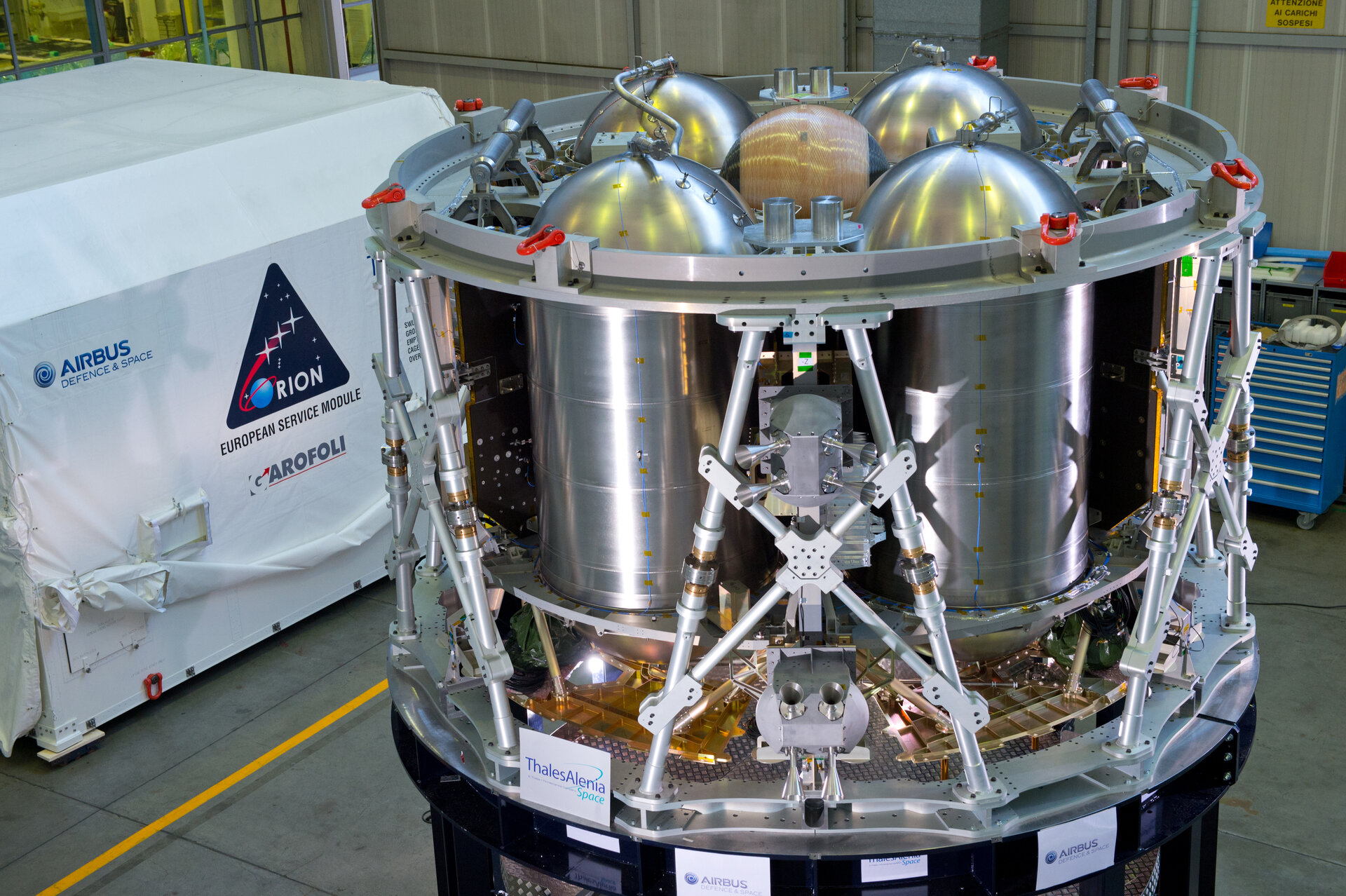 A test version of ESA’s service module for NASA’s Orion spacecraft at Thales Alenia Space in Turin, Italy, before shipping to USA.

A little over 5 m in diameter and 4 m high, it weighs 13.5 tonnes. The 8.6 tonnes of propellant will power one main engine and 32 smaller thrusters.

Following initial tests in Europe, it will now undergo rigorous vibration tests in NASA’s Plum Brook Station in Ohio to ensure the structure and components can withstand the extreme stresses during launch.