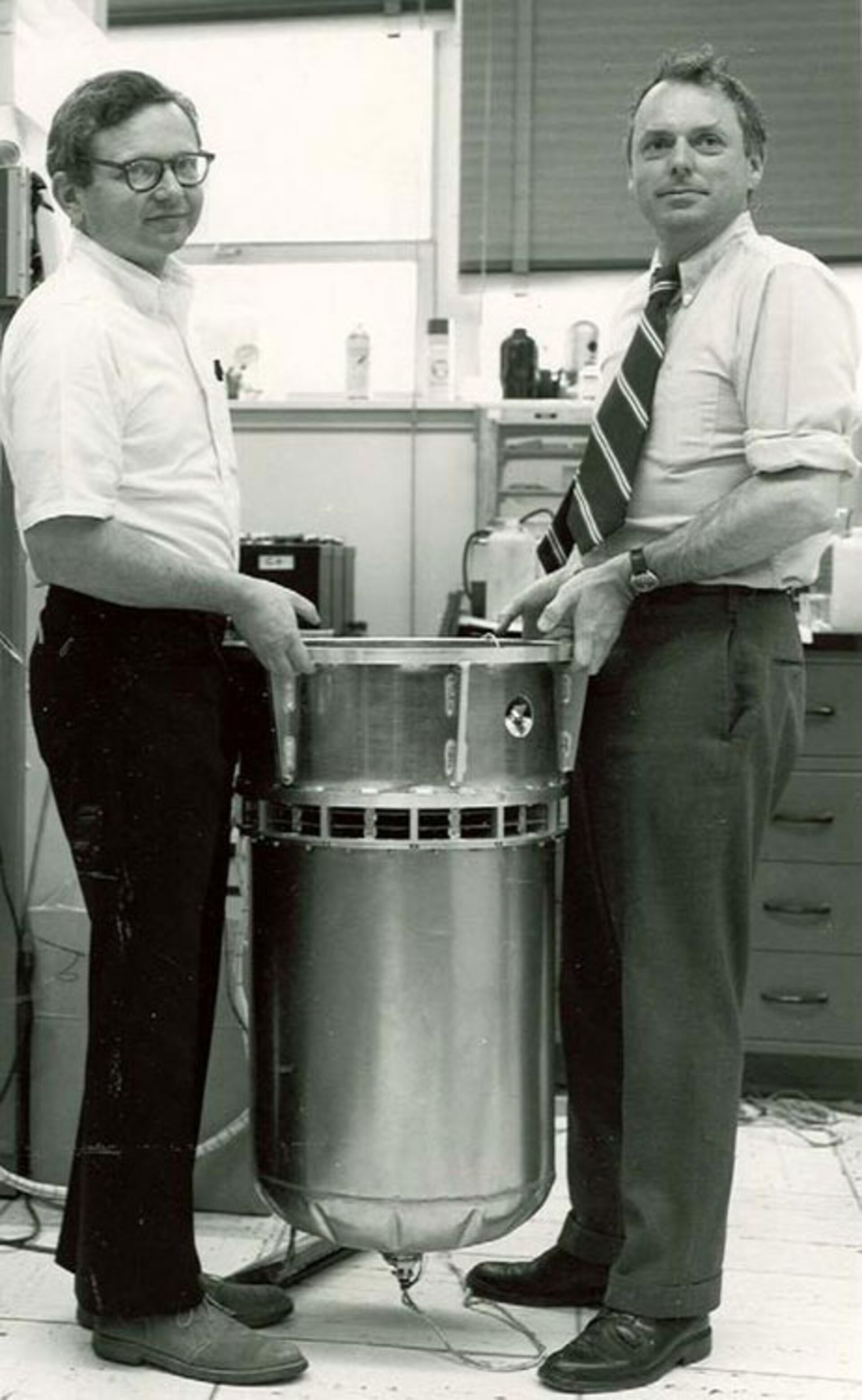 The Gravity Probe A payload of 1976, flown in a highly elliptic single orbit to measure the ‘gravitational redshift’ of Einstein’s Theory of General Relativity more accurately than ever before, seen with its designers Robert Vessot and Martin Levine of the Smithsonian Astrophysical Observatory. The experiment compared a hydrogen maser clock on Earth with its replica in space as it ascended to about 10 000 km, and confirmed theoretical expectations to an accuracy of 0.02%.