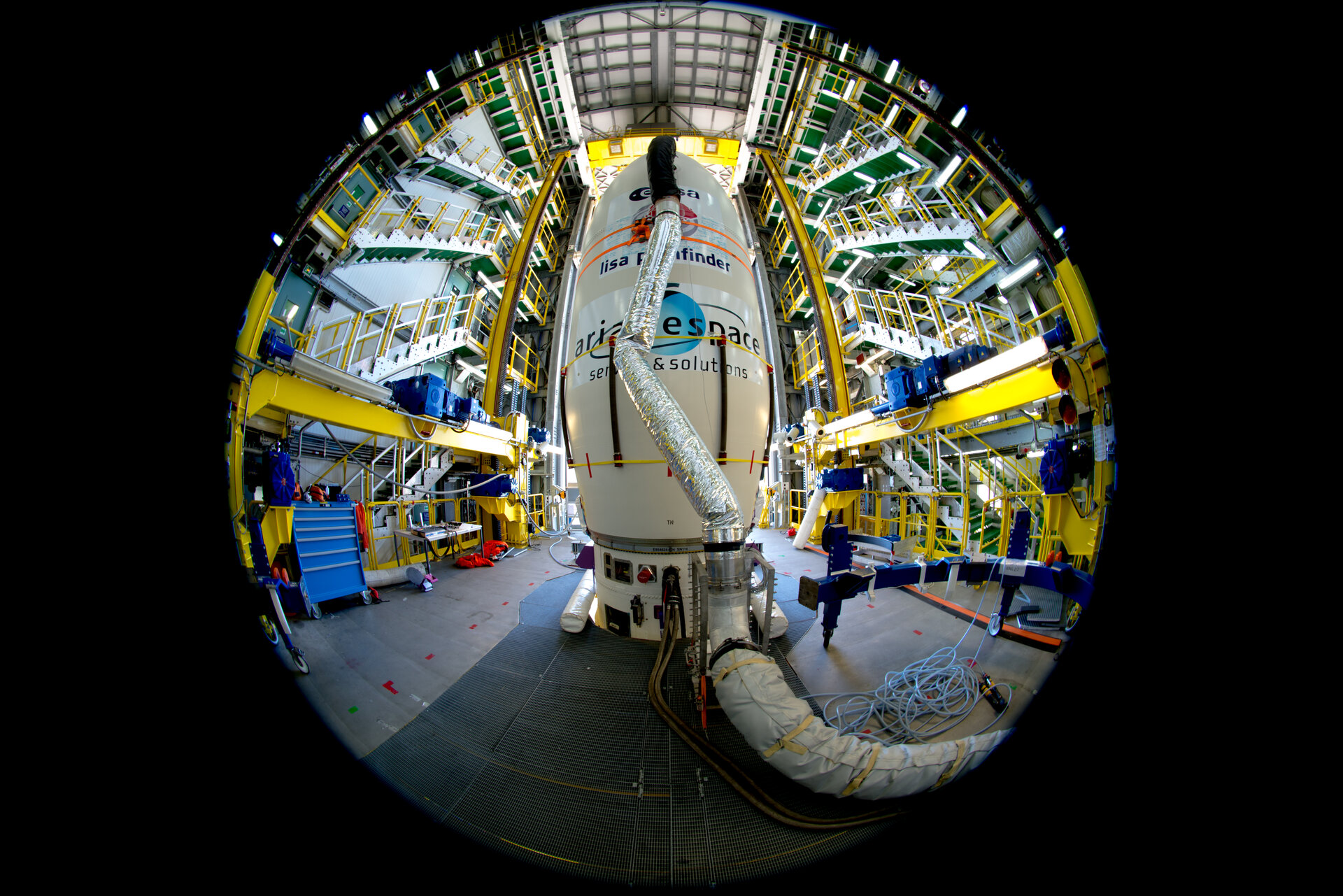 [Update 2 December: The launch of LISA Pathfinder has been postponed to 3 December]

Final preparations are under way at Europe's Spaceport in Kourou, French Guiana, for the launch of LISA Pathfinder, ESA's technology demonstrator that will pave the way for detecting gravitational waves from space. Liftoff is planned at 04:15 GMT (05:15 CET) on 2 December.

In this image, taken with an ultra-wide angle fisheye lens on 19 November, the spacecraft is hidden from view, encapsulated in the ‘upper composite’ of its Vega rocket. Only the aerodynamic fairing at the top of the fully assembled launcher is visible, while the lower stages are hidden by the movable access platform.

The hose is part of the air conditioning system that regulates the environment inside the fairing.

For live updates throughout the launch period, follow @esaoperations, @ESA_LPF and @ESA. The official hashtag is #LISAPathfinder.