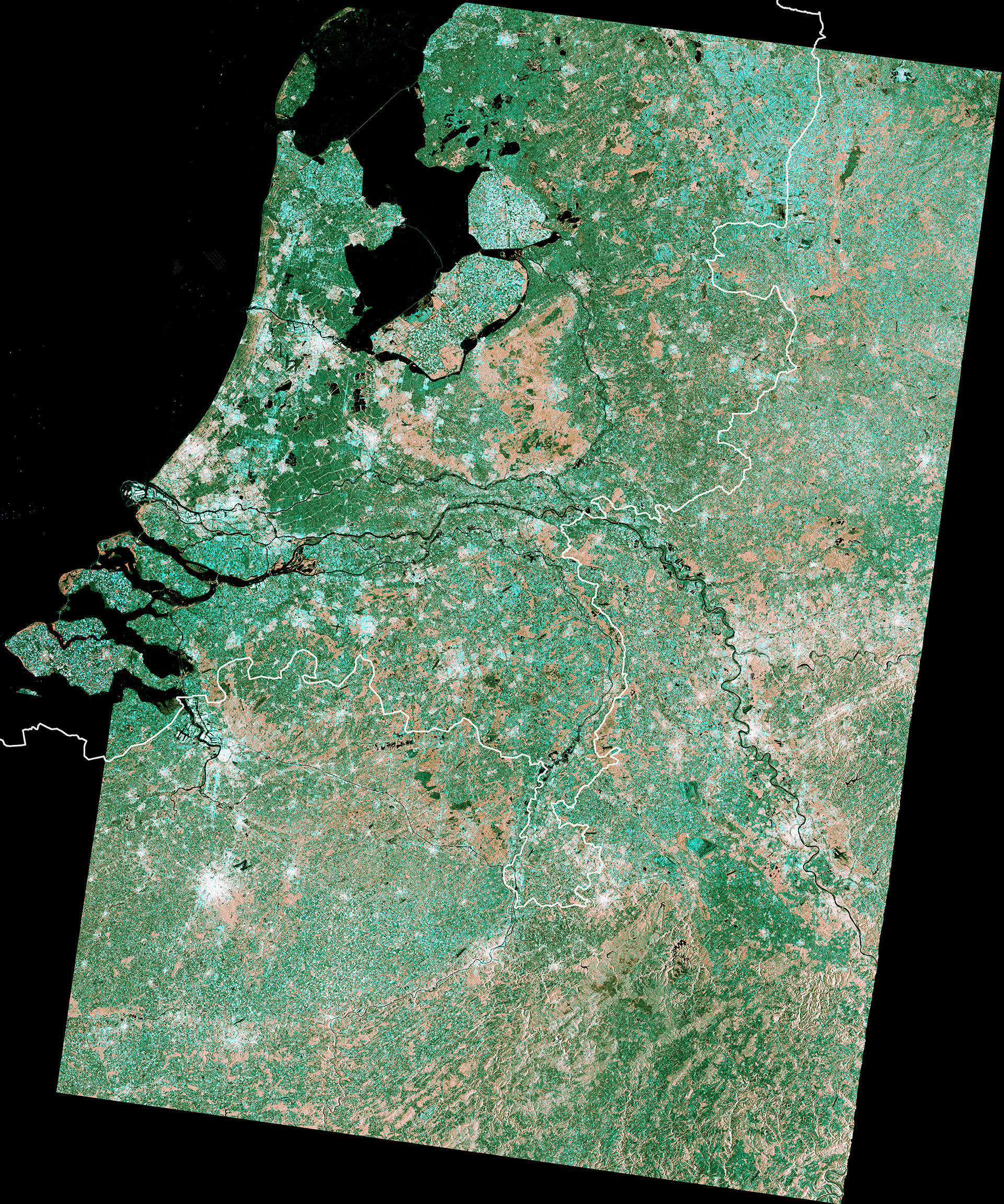 This image is a mosaic based on Sentinel-1A satellite coverage of the Netherlands in three scans during March 2015.

The Netherlands borders the North Sea to the north and west, Germany to the east, and Belgium to the south.

Home to some 17 million inhabitants, the country is extremely low-lying and remarkably flat, with large stretches of lakes, rivers and canals. With over 400 people per sq km, it is one of the most densely populated countries in the world.

The North Sea is regarded as a threat to the country and people. Following the huge flood of 1953, the whole area has been built up with dikes and protective dams, which are clearly visible in the image.

If the country were to lose the protection of its dunes and dikes, the most densely populated part of the Netherlands would be inundated, mainly by the sea but also partly by the rivers.

Also clearly visible in the image are the typical, narrow and long green fields between Utrecht and Rotterdam, scattered with canals and smaller villages.

The artificial island of Flevoland, which has been reclaimed from the Zuiderzee, an inland sea, is also visible.

We are also able to see the offshore wind farms built to support a green economy, using renewable energy that is readily available in the Netherlands due to a very high incidence of windy days.

On the bottom left corner is a river delta formed by the confluence of the Rhine, the Meuse and the Scheldt rivers, resulting in a multitude of islands. Rotterdam, Europe’s largest harbour, is visible at the northern edge, with ships waiting to enter the port in the North Sea.

Sentinel-1A has been in orbit since April 2014, monitoring the marine environment and mapping water and soil surfaces, among other major applications.