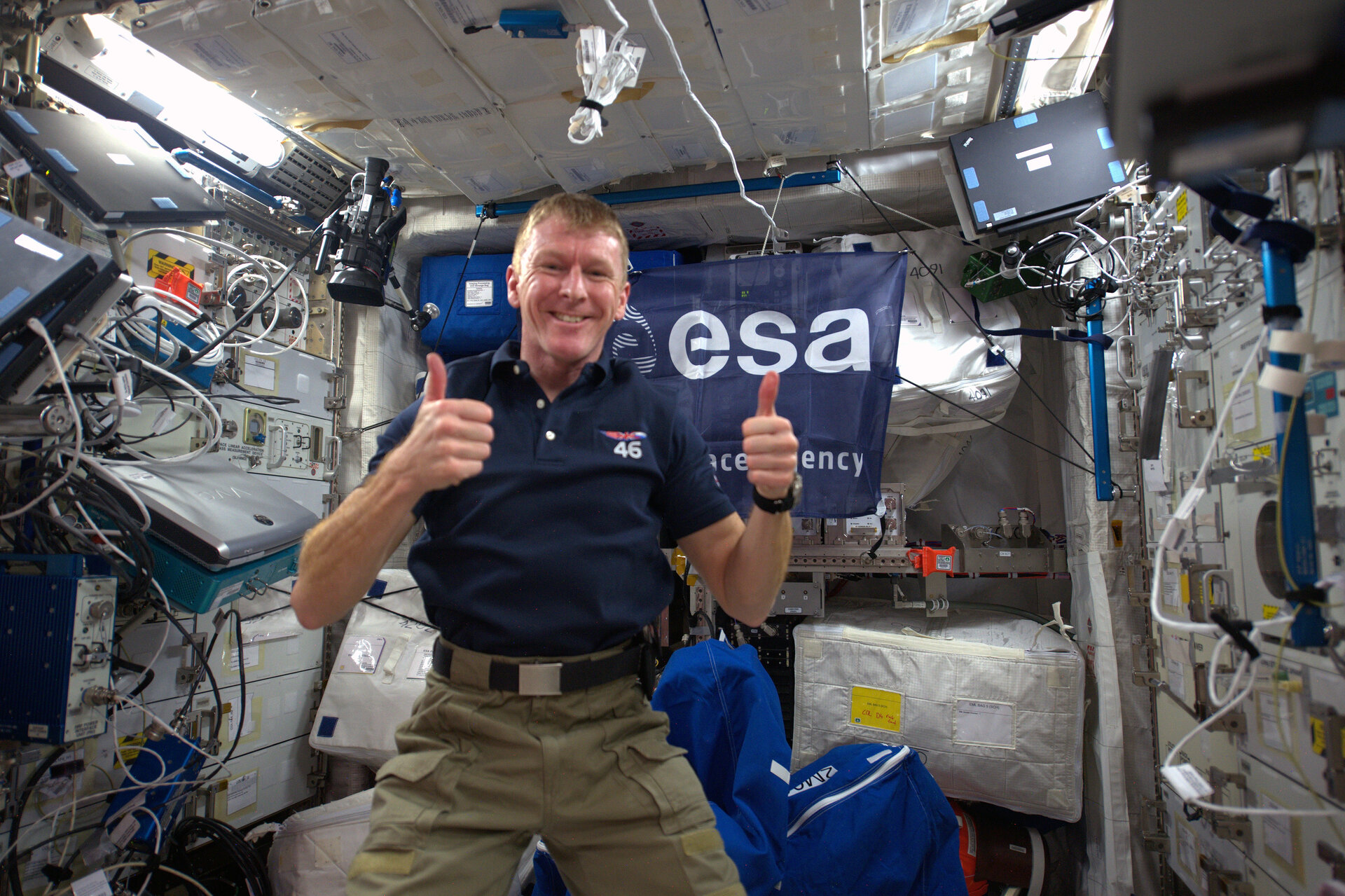 ESA astronaut Tim Peake on the International Space Station shortly after arriving at his new home and workplace for six months. Tim sent this picture to thank everyone who followed his launch on the Soyuz TMA-19M into space on social media and at launch events around the UK.

Tim wrote: "The support for our launch was outstanding, and I want to thank each of you for the #GoodLuckTim messages. From the schoolchildren who watched the launch in class, people watching on the underground, and viewers outside of UK, your messages have shown how much interest there is in space and they mean a great deal to me. A big thank you to those who attended launch celebrations up and down the country and especially the school kids who attended the event at the Science Museum. We are very busy up here but I promise to start sharing more of our life in space soon."

Follow Tim and his six-month Principia mission via timpeake.esa.int