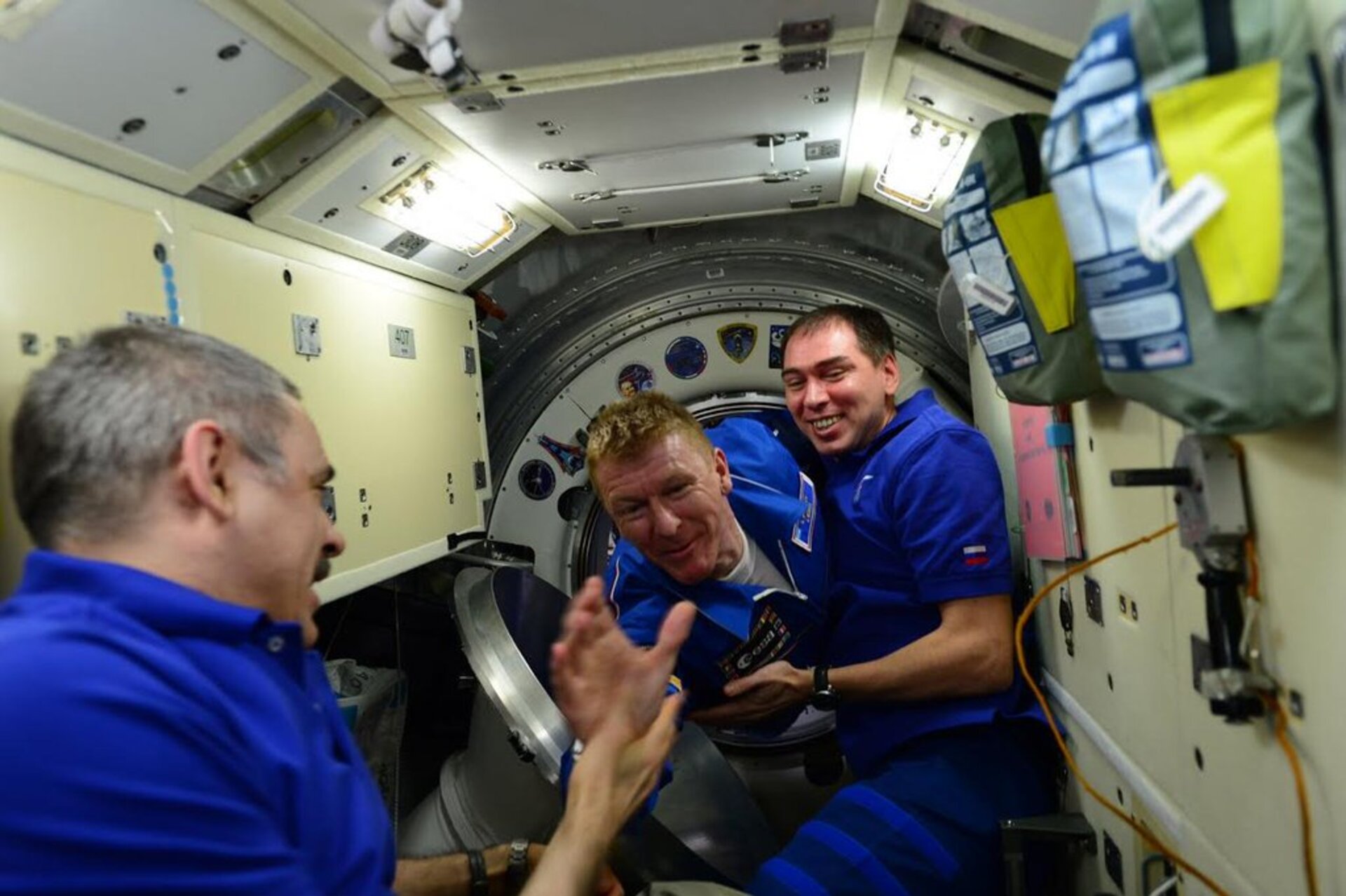 They were welcomed aboard by Russian cosmonauts Mikhail Korniyenko and Oleg Kononenko, and NASA astronaut Scott Kelly.

This picture was taken by Space Station commander Scott Kelly.

Follow Tim and his time in space via timpeake.esa.int