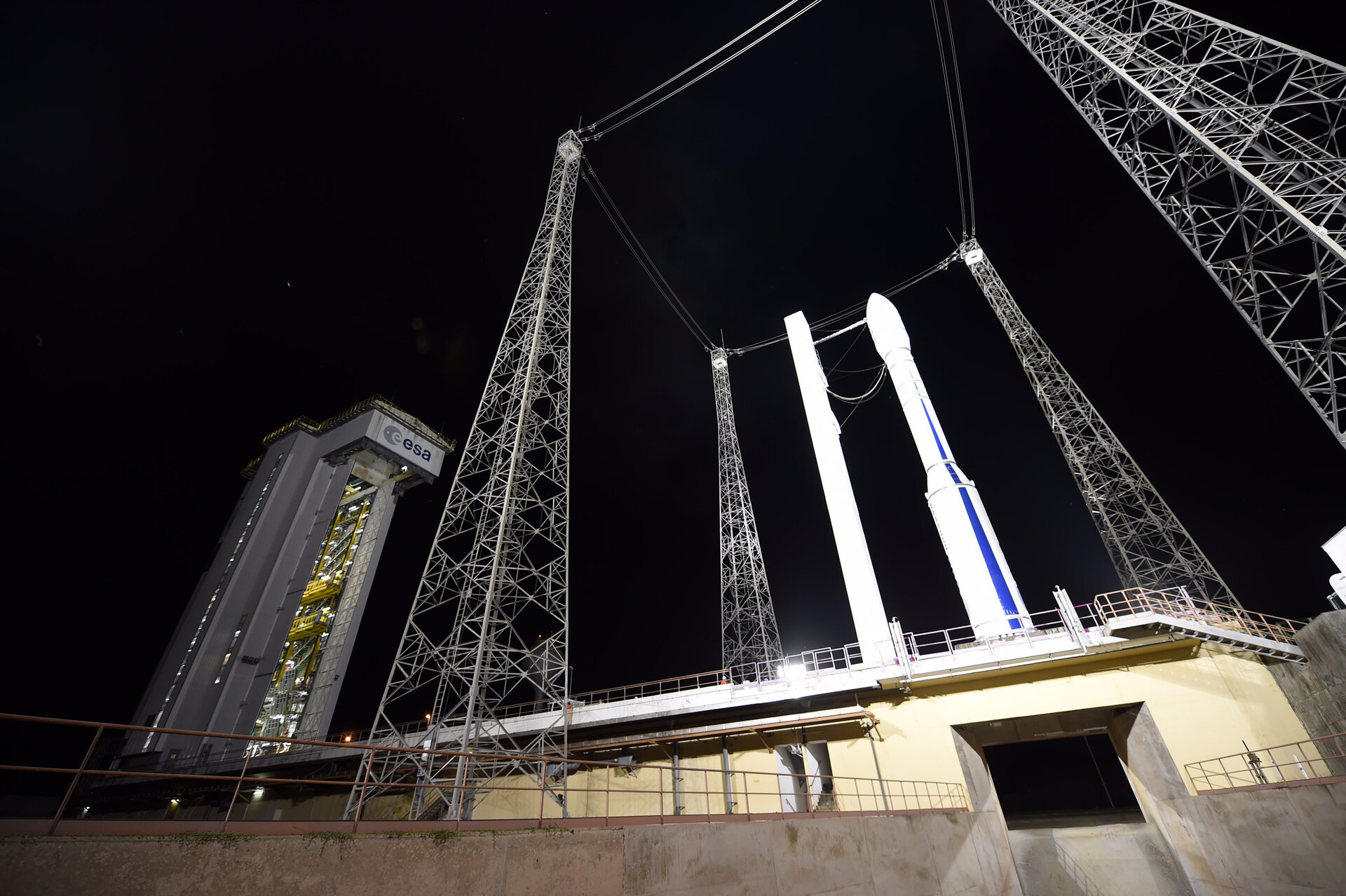 Vega VV06, after the mobile gantry withdrawal, is all set for the launch of LISA Pathfinder, ESA's technology demonstrator that will pave the way for detecting gravitational waves from space.