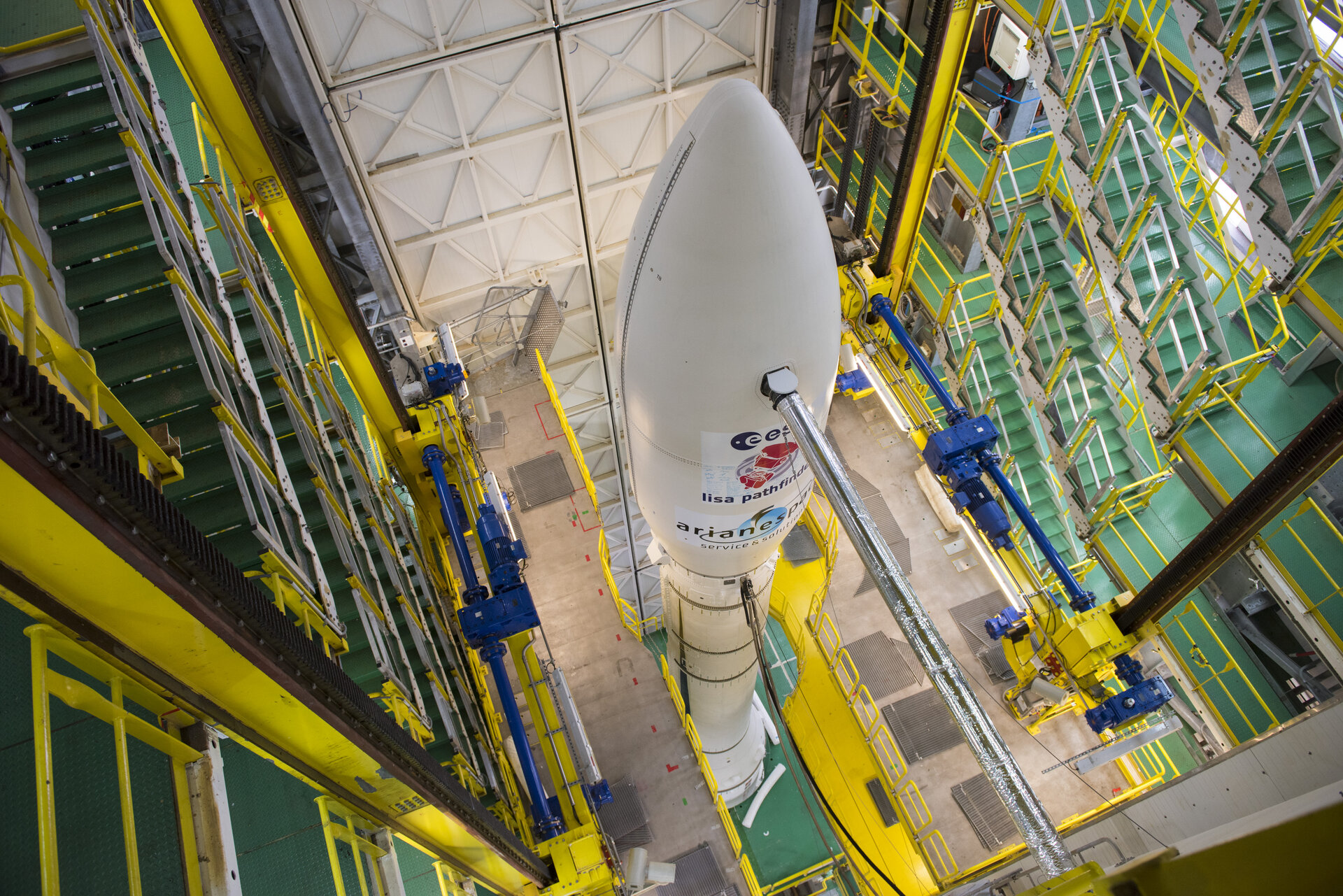 Vega VV06 in its mobile gantry

Vega VV06, in its mobile gantry, is all set for the launch of LISA Pathfinder, ESA's technology demonstrator that will pave the way for detecting gravitational waves from space.