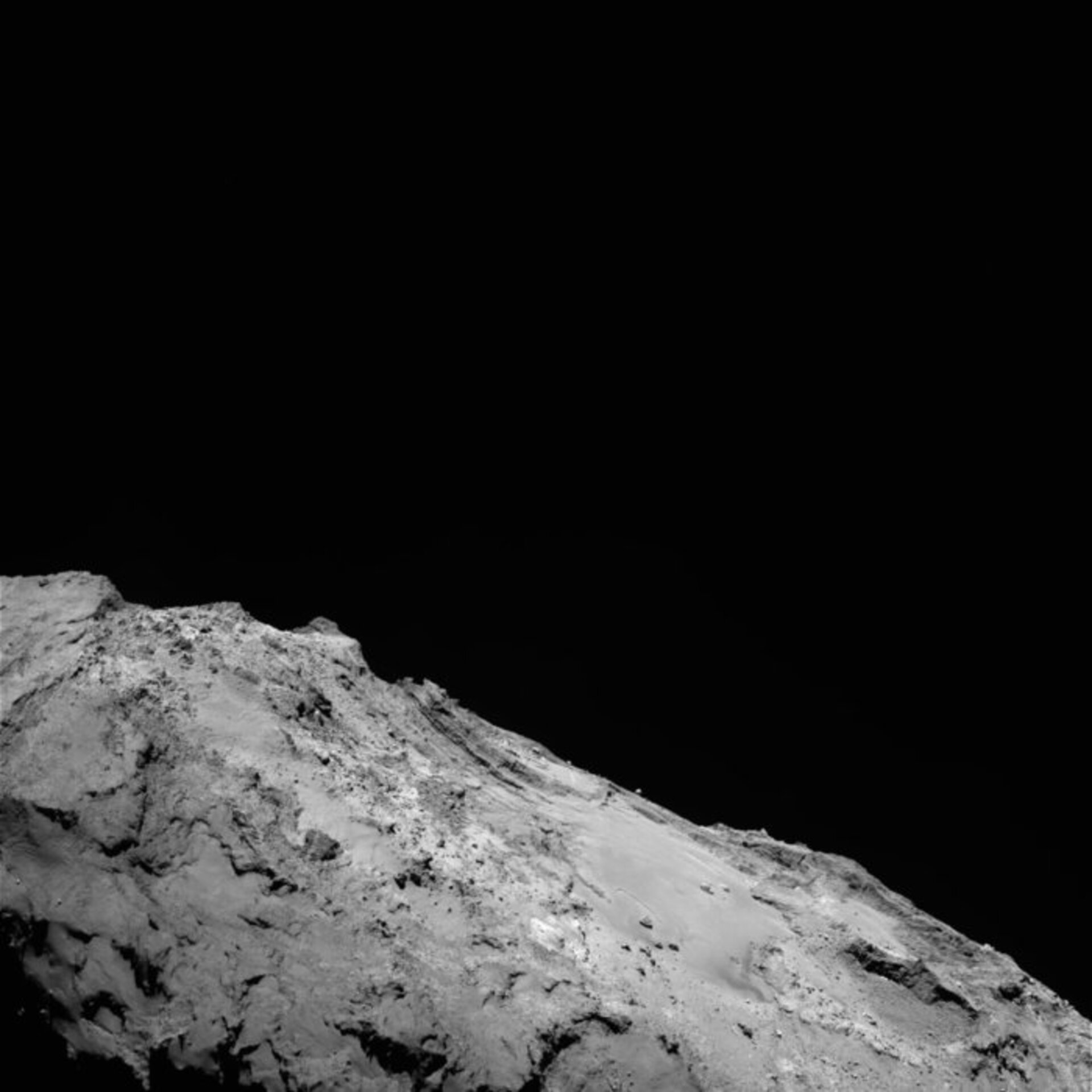 This beautiful landscape feels within arm’s reach in this stunning view across the Imhotep region on Comet 67P/Churyumov–Gerasimenko.

The view was captured by Rosetta’s OSIRIS narrow-angle camera on 17 January 2016, from a distance of 86.8 km. Measuring 3.2 km across, it captures one of the most geologically diverse areas of the comet.

Imhotep is perhaps most easily identified by the broad smooth area that occupies the centre-right portion of this view. This smooth dusty terrain, which covers about 0.8 sq km, is etched with curvilinear features stretching hundreds of metres and which have been found to change in appearance over time.

Many large boulders are also seen scattered within the smooth terrain, including the boulder Cheops in the foreground. Smaller but more numerous boulders are associated with exposed cliff faces and are most likely the product of erosion. In some debris falls, detailed analysis has revealed the presence of water ice.

Particularly eye-catching is the distinctive layered and fractured material to the left of centre in the background. Similar patterns are also seen in the exposed cliff-like faces towards the right of the scene too, where Imhotep transitions into the Khepry region.

Layers like this are seen in various locations on the comet and scientists are trying to understand how they might be related to the comet’s formation and/or evolution.

Just in front of the prominent left-hand stack of layers a number of small round features can be found. They have a well-defined rim with a smooth interior and appear slightly raised from the surrounding material. One explanation for their appearance is that they are ancient sites of active regions covered by dust and are now being revealed by varying erosion of the overlying layers.

Further in the foreground again and a relatively smooth ‘pathway’ appears to lead towards a more consolidated summit. To the left of this path is the Ash region, while the sheer apex at the top left of the view marks the boundary with Apis.

Use the comet viewer tool to aid navigation around the comet’s regions.

This image was first published on the OSIRIS image of the day website on 21 January 2016.