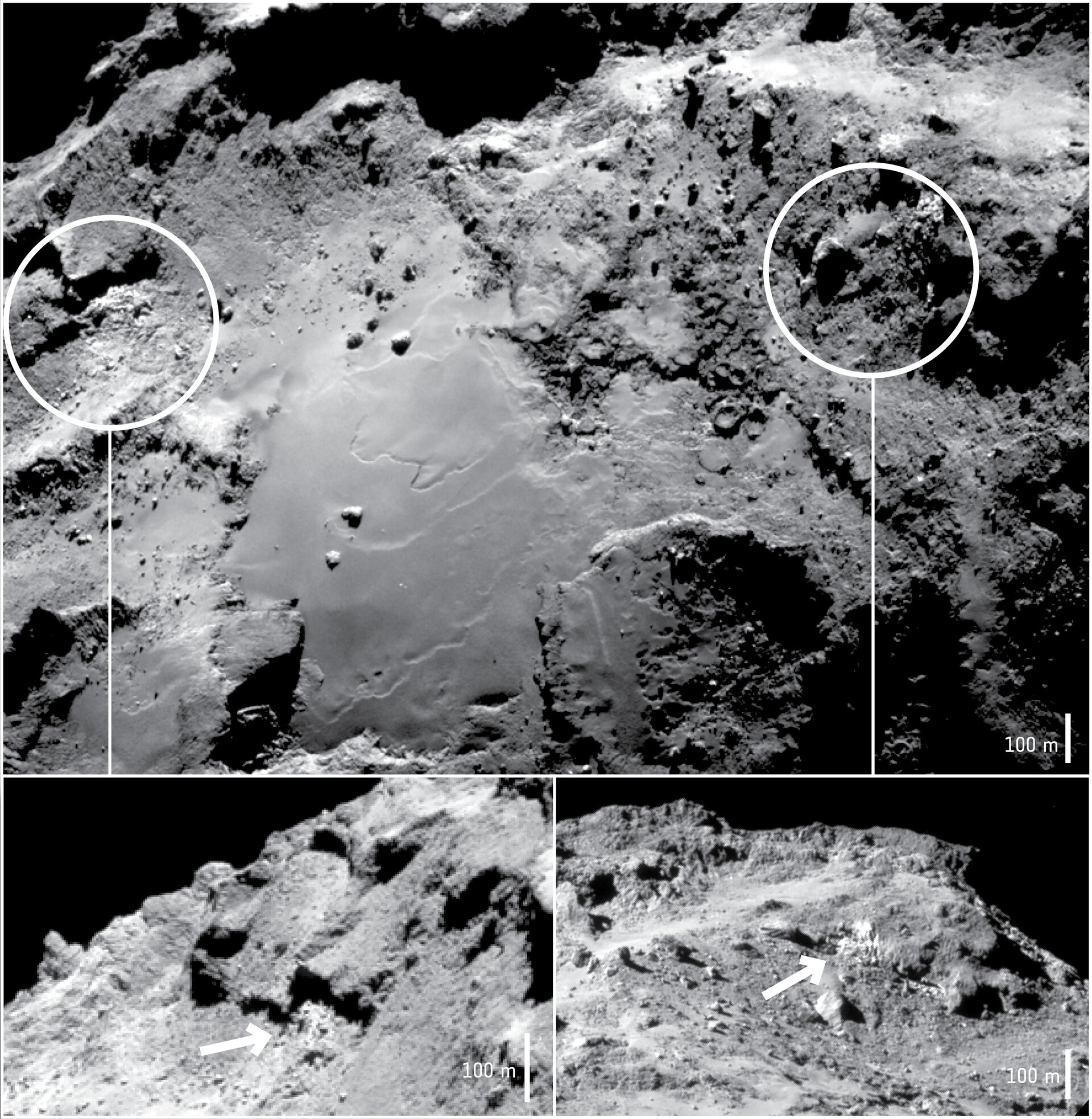 Two exposures of water ice identified by Rosetta’s VIRTIS instrument in the Imhotep region of Comet 67P/Churyumov–Gerasimenko in September–November 2014.

The image contrasts have been enhanced to better reveal the icy regions. The approximate scale for each image is indicated.