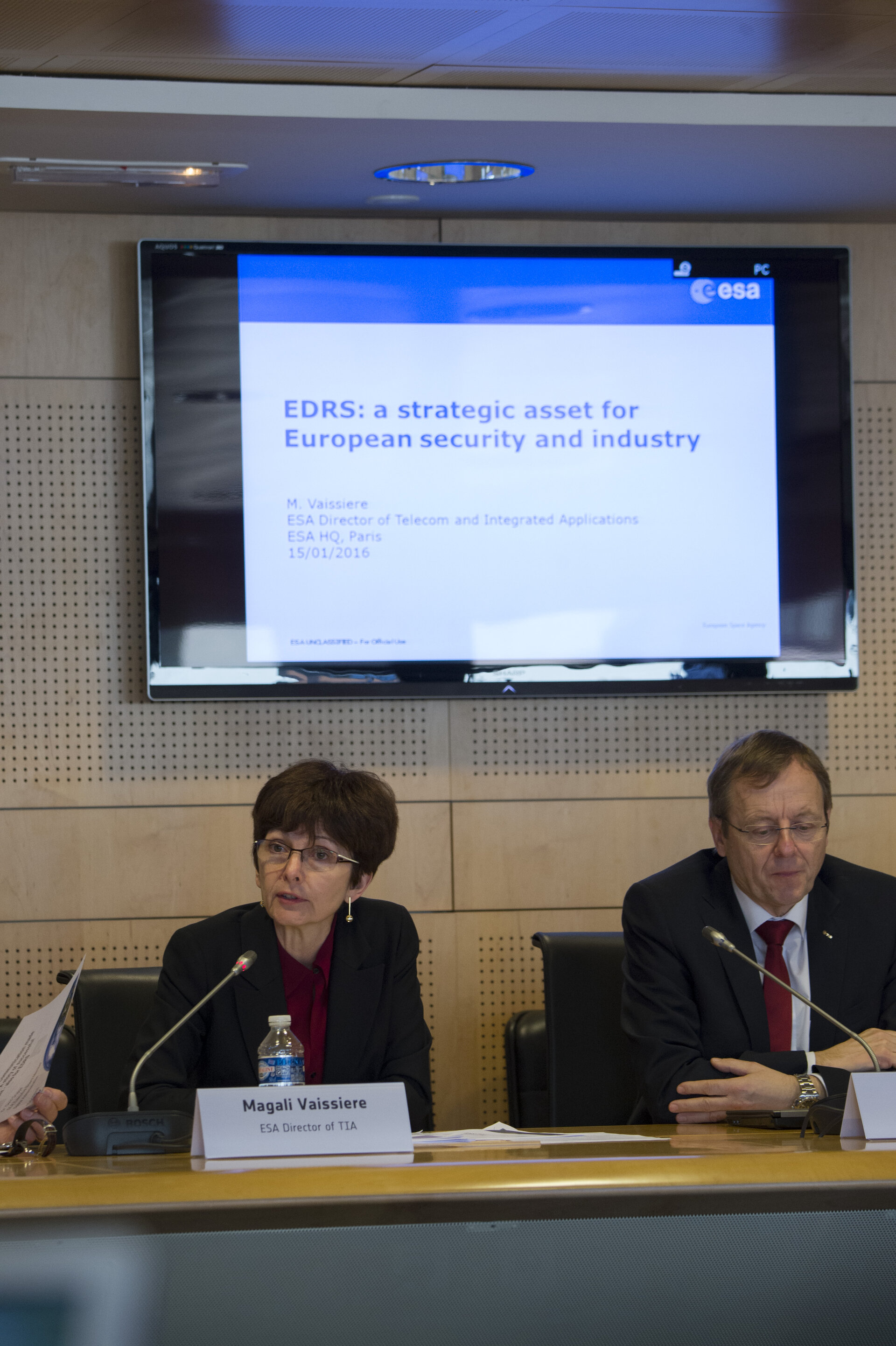 Magali Vaissiere during the EDRS press briefing on 15 January 2016

EDRS is a new space and ground infrastructure that provides near-realtime Big Data relay services (up to 50 Tbytes per day) using cutting-edge laser technology. It will dramatically improve access to time-critical data, aiding disaster response by emergency services and maritime surveillance, for example.

EDRS is a public–private partnership between ESA and Airbus Defence and Space. The laser terminal was developed by TESAT-Spacecom and funded by the DLR German Aerospace Center.

The first node will be launched as a hosted payload on the commercial Eutelsat-9B satellite. The launch is scheduled for 27 January, from Baikonur, using a Proton rocket.

The second EDRS node will follow in 2017 as a dedicated satellite.

Airbus Defence and Space will offer EDRS-SpaceDataHighway as a commercial service. Its first customers will be the European Commission’s Copernicus Sentinel-1 and -2 satellites.