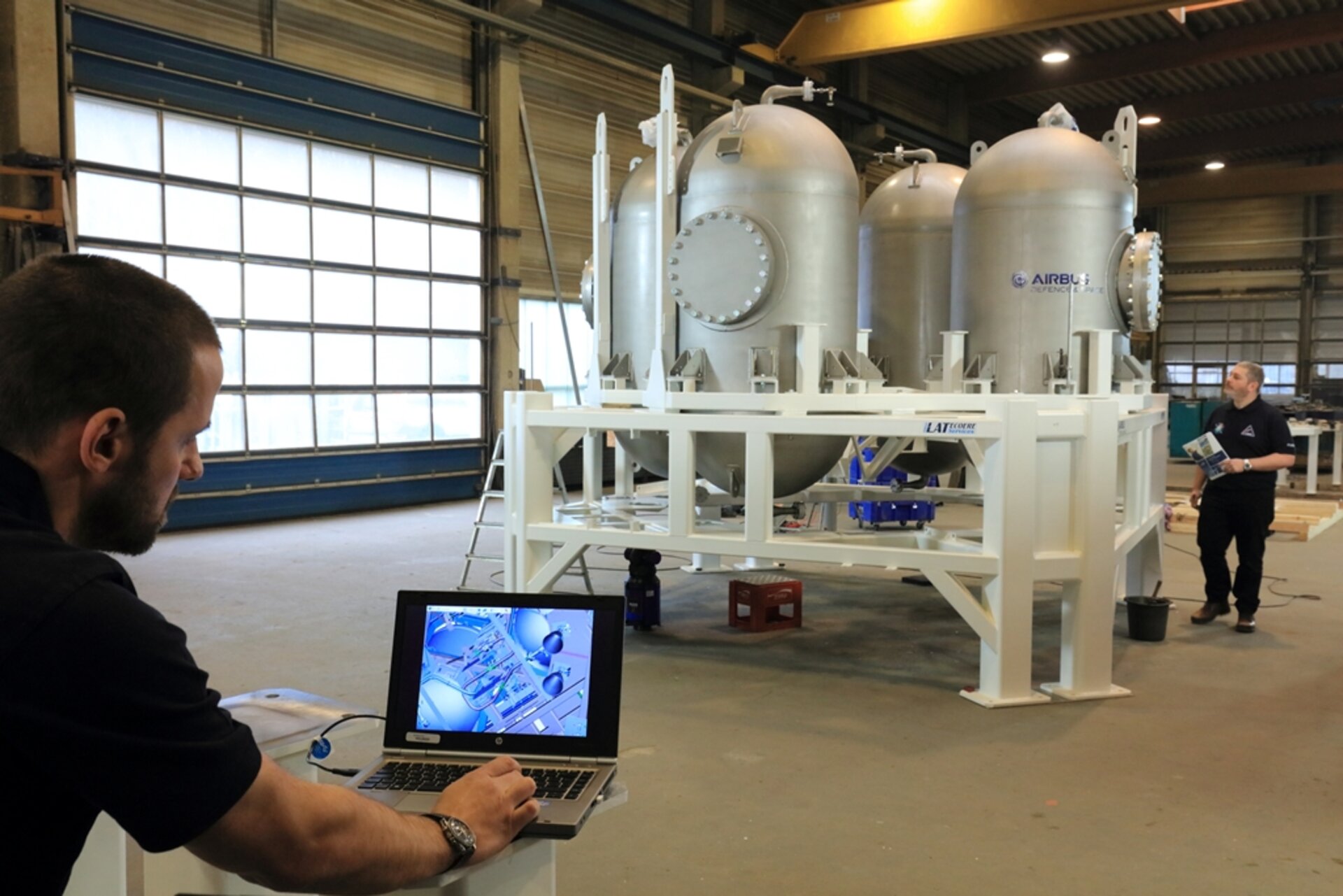 Airbus Defence and Space engineers deliver the European Service Module Propulsion Qualification Module to Sweden. The tanks and equipment will propel NASA's Orion spacecraft on it first exploration mission but this model will be used to certify the design and for testing.

The model will be finished in Stockholm and sent to NASA in the summer of 2016 where further tests will be conducted in September 2016, including firing the engines.