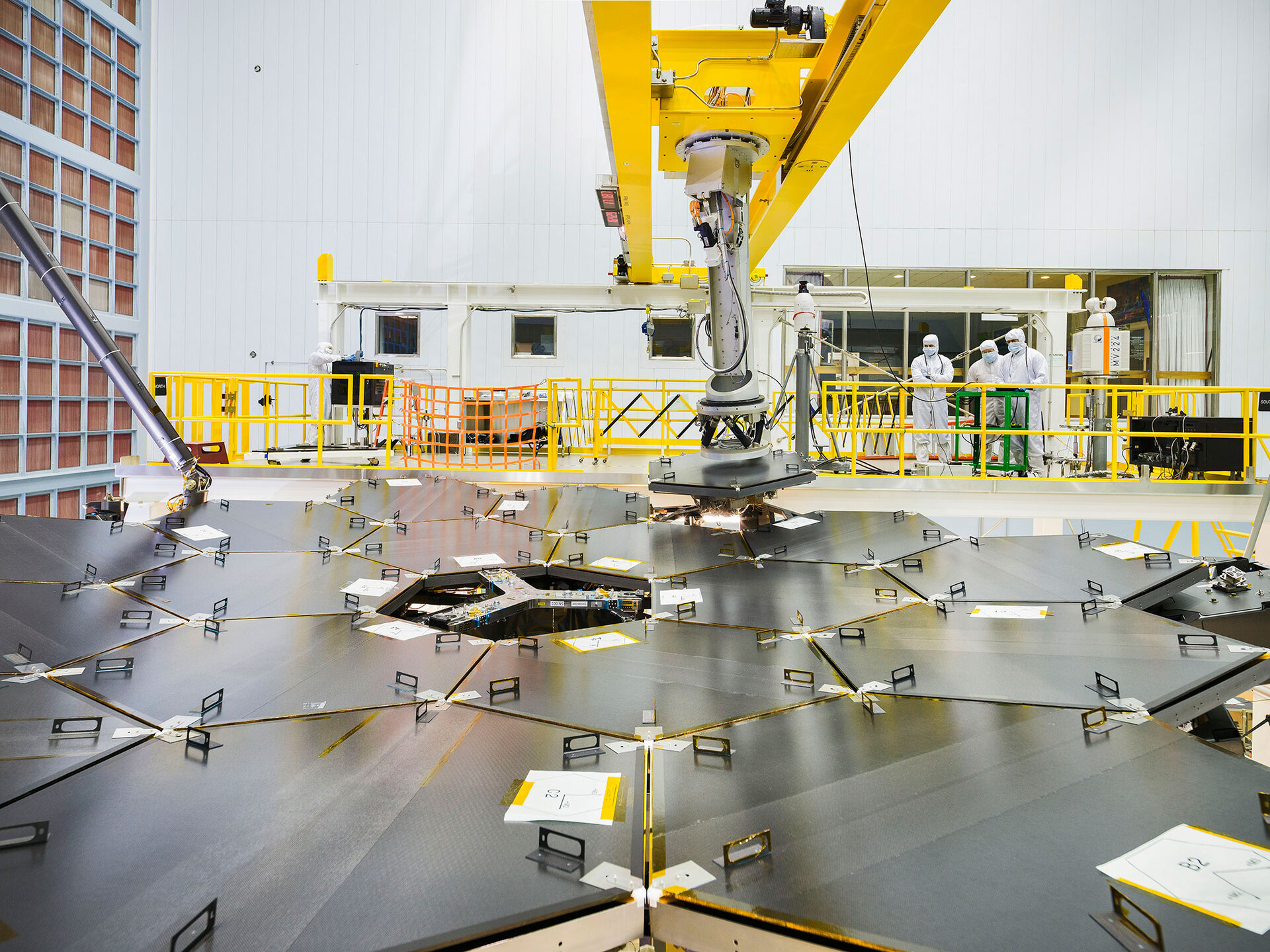 Inside a massive clean room at NASA's Goddard Space Flight Center in Greenbelt, Maryland the James Webb Space Telescope team used a robotic am to install the last of the telescope's 18 mirrors onto the telescope structure.

The James Webb Space Telescope is the scientific successor to NASA's Hubble Space Telescope. It will be the most powerful space telescope ever built. Webb will study many phases in the history of our universe, including the formation of solar systems capable of supporting life on planets similar to Earth, as well as the evolution of our own solar system. It’s targeted to launch from French Guiana aboard an Ariane 5 rocket in 2018. Webb is an international project led by NASA with its partners, ESA and the Canadian Space Agency.