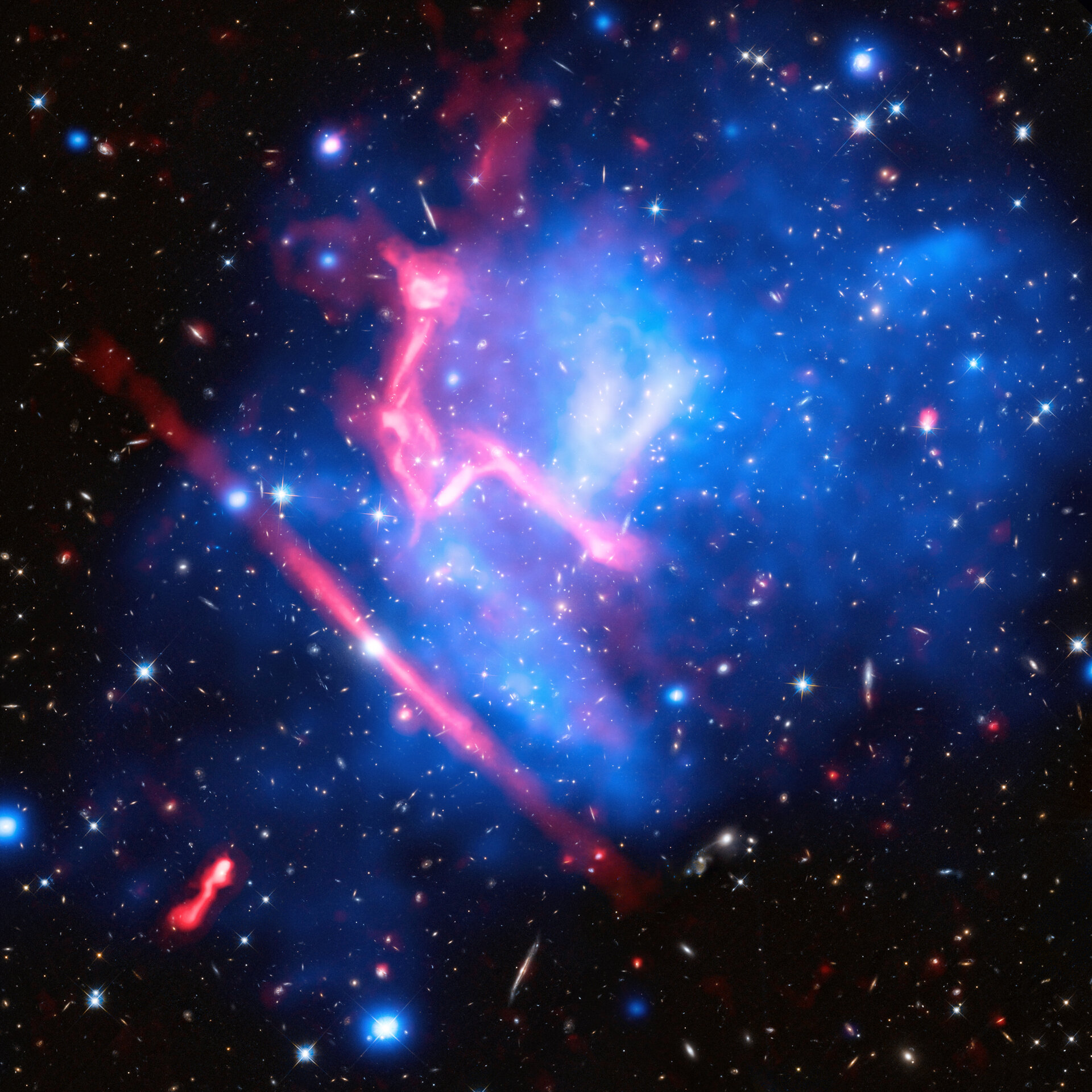 Disco lights from a galaxy cluster

In October of 2013 Hubble kicked off the Frontier Fields programme, a three-year series of observations aiming to produce the deepest ever views of the Universe. The project’s targets comprise six massive galaxy clusters, enormous collections of hundreds or even thousands of galaxies. These structures are the largest gravitationally-bound objects in the cosmos.

One of the Frontier Fields targets is shown in this new image: MACS J0717.5+3745, or MACS J0717 for short. MACS J0717 is located about 5.4 billion light-years away from Earth, in the constellation of Auriga (The Charioteer). It is one of the most complex galaxy clusters known; rather than being a single cluster, it is actually the result of four galaxy clusters colliding.

This image is a combination of observations from the NASA/ESA Hubble Space Telescope (showing the galaxies and stars), the NASA Chandra X-ray Observatory (diffuse emission in blue), and the NRAO Jansky Very Large Array (diffuse emission in pink). The Hubble data were collected as part of the Frontier Fields programme mentioned above.

Together, the three datasets produce a unique new view of MACS J0717. The Hubble data reveal galaxies both within the cluster and far behind it, and the Chandra observations show bright pockets of scorching gas — heated to millions of degrees. The data collected by the Jansky Very Large Array trace the radio emission within the cluster, enormous shock waves — similar to sonic booms — that were triggered by the violent merger.