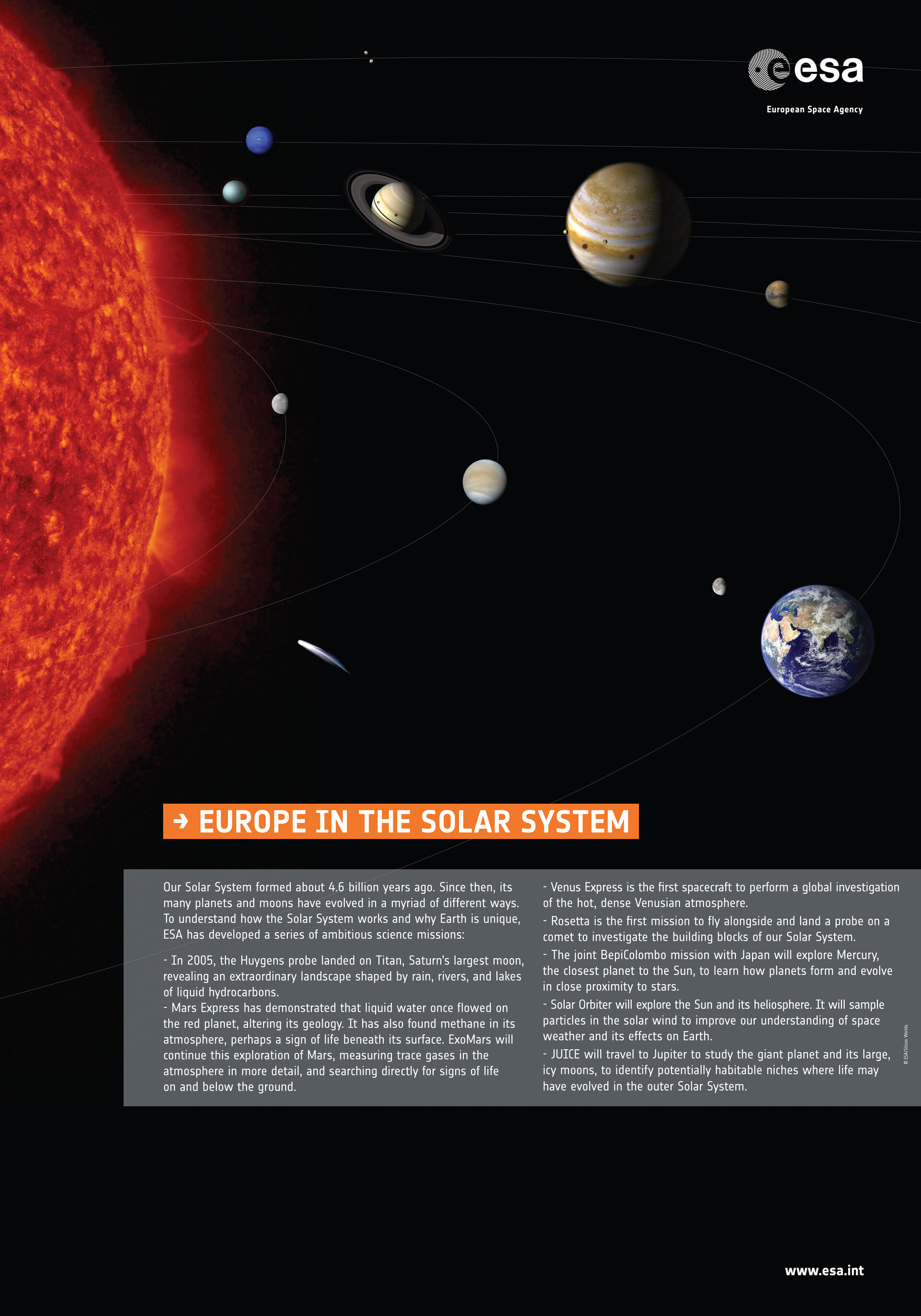 Our Solar System formed about 4.6 billion years ago.  Since then, its many planets and moons have evolved in a myriad of different ways.  To understand how the Solar System works and why Earth is unique, ESA has developed a series of ambitious science missions:

- In 2005, the Huygens probe landed on Titan, Saturn’s largest moon, revealing an extraordinary landscape shaped by rain, rivers, and lakes of liquid hydrocarbons.

- Mars Express has demonstrated that liquid water once flowed on the red planet, altering its geology. It has also found methane in its atmosphere, perhaps a sign of life beneath its surface.  ExoMars will continue this exploration of Mars, measuring trace gases in the atmosphere in more detail, and searching directly for signs of life on and below the ground.

- Venus Express is the first spacecraft to perform a global investigation of the hot, dense Venusian atmosphere.

- Rosetta is the first mission to fly alongside and land a probe on a comet to  investigate the building blocks of our Solar System.

- The joint BepiColombo mission with Japan will explore Mercury, the closest planet to the Sun, to learn how planets form and evolve in close proximity to stars.

- Solar Orbiter will explore the Sun and its heliosphere.  It will sample particles in the solar wind to improve our understanding of space weather and its effects on Earth.

- JUICE will travel to Jupiter to study the giant planet and its large, icy moons, to identify potentially habitable niches where life may have evolved in the outer Solar System.