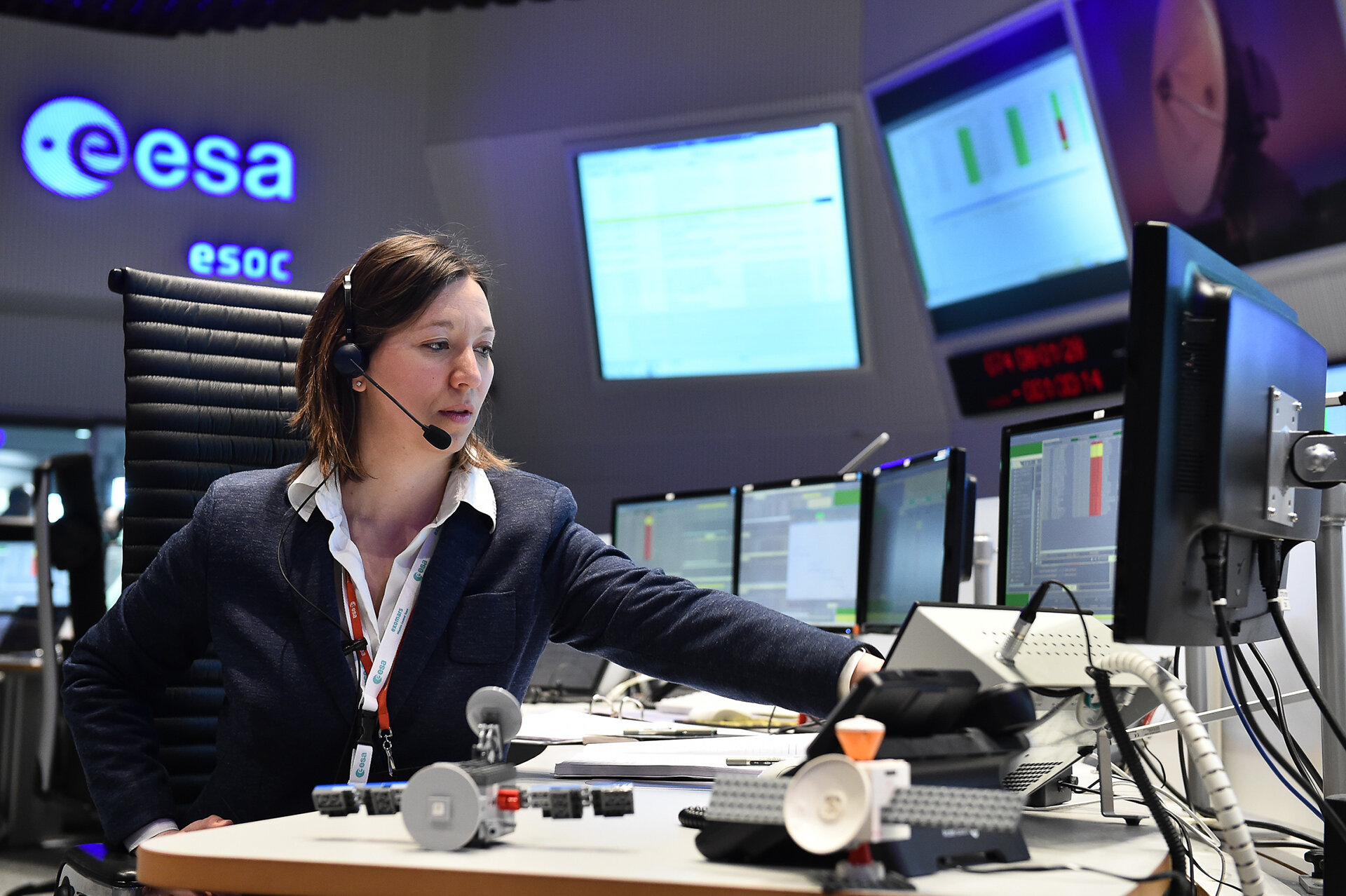 On 14 March, the ESA–Roscosmos ExoMars Trace Gas Orbiter (TGO), with the Schiaparelli entry, descent and landing demonstrator attached, lifted off from Baikonur Cosmodrome in Kazakhstan.

The craft is on a seven-month journey to the Red Planet to address unsolved mysteries of the planet’s atmosphere that could indicate present-day geological – or even biological – activity.

Some 12 hours after launch, and after a very precise orbital delivery from the Russian Proton–Breeze rocket, ground stations in Africa, Spain and Australia began receiving the spacecraft’s initial signals, confirming that TGO was alive and well, and had started its automatic sequence, switching itself on, orienting its antenna towards Earth and deploying solar wings.

At ESOC, ESA’s mission control centre in Darmstadt, Germany, a ‘team of teams’ quickly went into action, applying the skills and expertise that had been learned and practised through months of intensive training.

The Flight Control Team quickly began checking out and verifying the spacecraft’s complex systems, including the power, communications and guidance and navigation system.

These teams, supported by specialists in the areas of ground stations, mission control systems and networks, worked in tight coordination in round-the-clock shifts to ensure that the spacecraft was working as expected. European industry representatives were also on site, providing crucial expertise.

By Thursday evening, 17 March, the mission control team had declared the ‘Launch and Early Orbit Phase’ – one of the most critical periods in any mission’s life – to be completed, and finished work in the Main Control Room, moving routine operations to a smaller room, where space and facilities will be shared with other interplanetary missions.

TGO is performing flawlessly en route to Mars, and teams are now preparing for a busy commissioning phase (read more).