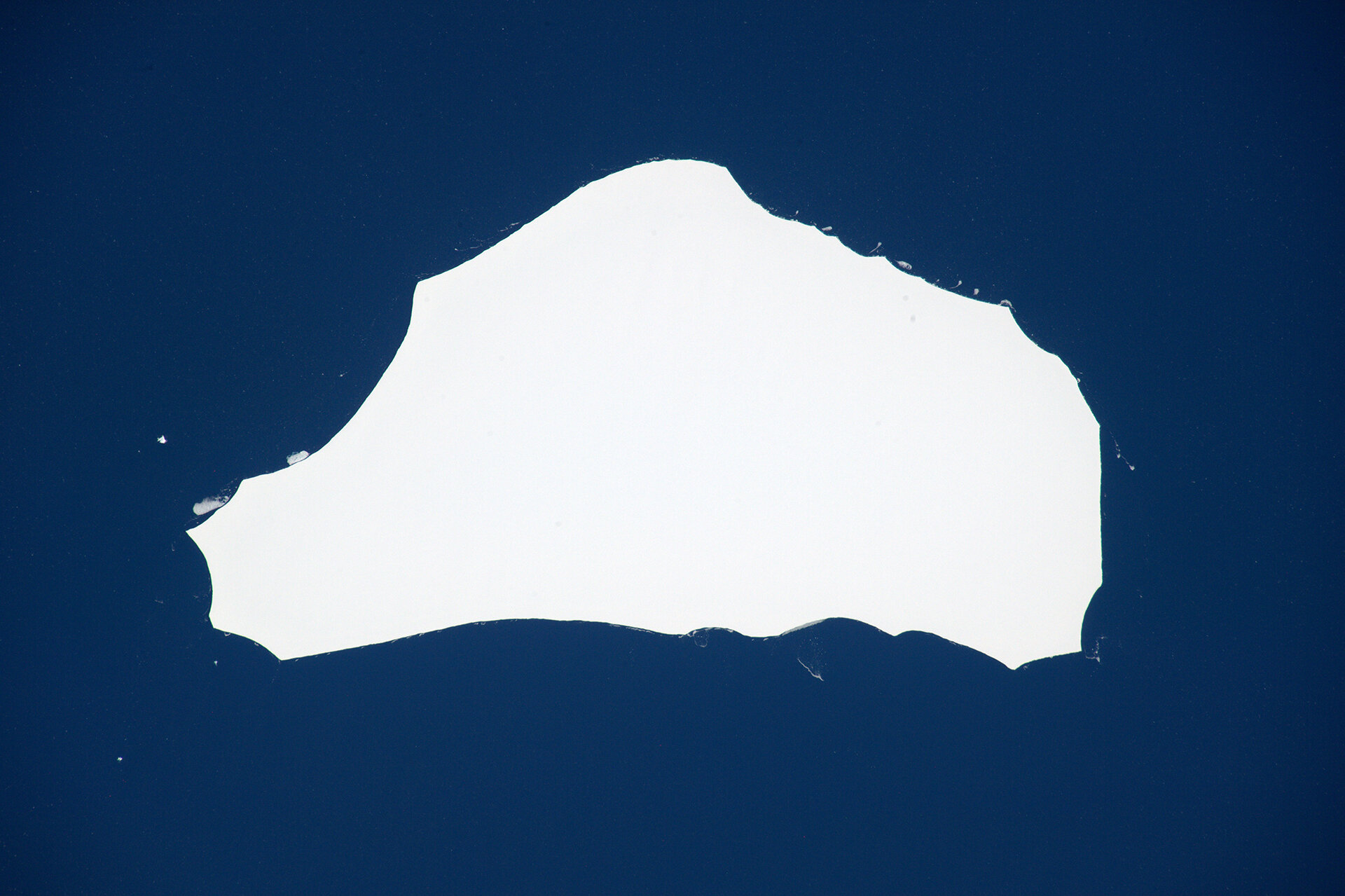 ESA astronaut Tim Peake saw this iceberg from the International Space Station 400 km above Earth on 27 March 2016 during his six-month Principia mission.

Update: we have modified the text after searching further back in the satellite image archives.

Tim commented: “Granted – not the most exciting pic ever but this iceberg drifting off Antarctica is about the size of London.”

We tracked down the iceberg with the help of Leif Toudal from the Danish Meterological Institute, ably assisted by Europe’s Sentinel-1A radar satellite and NASA’s Aqua satellite, both flying well above the Space Station at roughly 700 km.

Thanks to Leif and his spaceborne assistants, we now know that the iceberg in Tim’s picture is “A56” and is around 26 km by 13 km, meaning it would fit inside London’s Circular Road along its length with room to spare over its width. It has been estimated to be 30 m high, which means it could extend 270 m below the sea, considering most icebergs conceal 90% of their volume underwater.

A56 originates from the Weddell Sea and has been drifting slowly northeast into the Atlantic Ocean, floating more than 1500 km since July 2015. It is now off the coast of the South Georgia and the South Sandwich Islands.

Leif explains: “Searching through more images from the Aqua, Envisat and Landsat satellites, I managed to track the iceberg back to the Filchner-Ronne Ice Shelf. It must have broken off from the mainland around the turn of the century.

“The latest Landsat with a clear outline is from 2001 and from then until 2013 it was stuck in what seems to be some old ice. It moved little over the years, and finally broke loose in December 2013.”

The International Space Station’s orbit offers no clear view of Antarctica and a picture of an iceberg taken by an astronaut in space is a rare occurrence. Sentinel-1, however, is designed for continuous monitoring of sea ice and icebergs in the polar regions. Its advanced radar provides images regardless of weather or darkness, making it an invaluable tool for monitoring our environment and supporting ship navigation through these treacherous waters. View the very same A56 iceberg as seen by Sentinel-1A’s radar on 23 July 2015 in the image to the right.