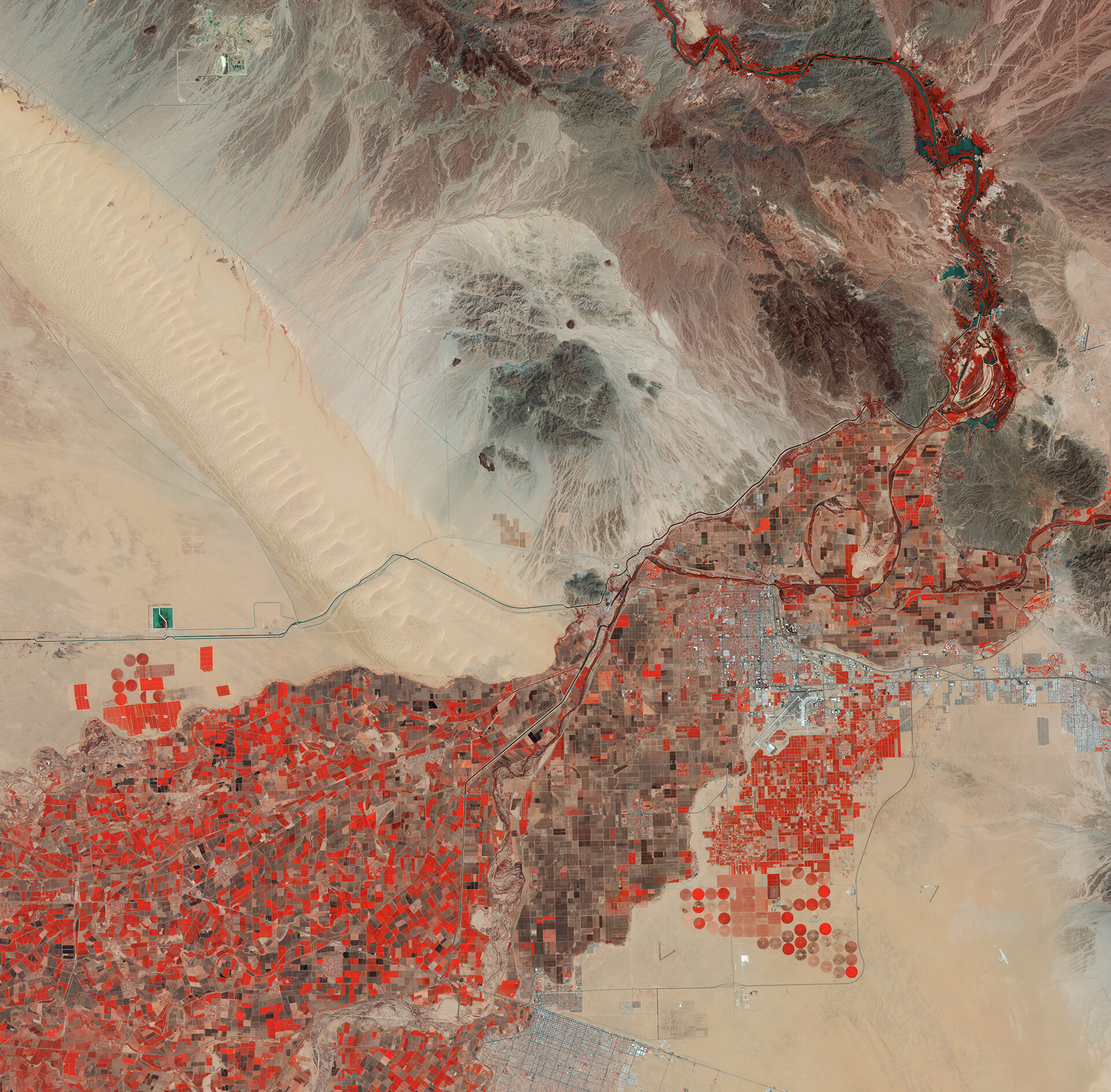 This false-colour Sentinel-2A image captured on 20 August 2015 takes us to the city of Yuma in the United States, in southwestern Arizona.

Visible in the image in scattered greys, Yuma is home to some 90 000 people. Situated along the Colorado River, the Mexican frontier lies just west of it and California lies to the north.

The fence forming the border is visible as a fine and perfectly straight line, running from left to right through the image between the irrigation canal and the irrigated fields west of the city. Just north of the canal, a small square marks a water reservoir for irrigating the fields in this highly arid region.

Founded in 1854, Yuma is the centre of large irrigation districts that converted parts of the desert into rich farmland.

It is considered to be the winter vegetable capital of the US because it has some of the most fertile soil in the country, stemming from sediments deposited by the Colorado River over thousands of years. These lay the foundation for making it the third most productive in the entire US for vegetables. It is also known for wheat – two thirds is exported, mainly to Italy for producing premium pasta.

The false-colour bands render the farmed fields in varying shades of browns and red. The circular features are created by centre-pivot irrigation, while rectangular fields use different irrigation methods that deliver the water along straight lines. The shades of red indicate how sensitive the multispectral instrument on Sentinel-2A is to differences in chlorophyll content, providing key information on vegetation health.

Also visible in the image are the Yuma International Airport just south of town, and parts of the Kofa National Wildlife Refuge to the east, which protects the desert bighorn sheep, while offering hiking and camping in the rugged wilderness.