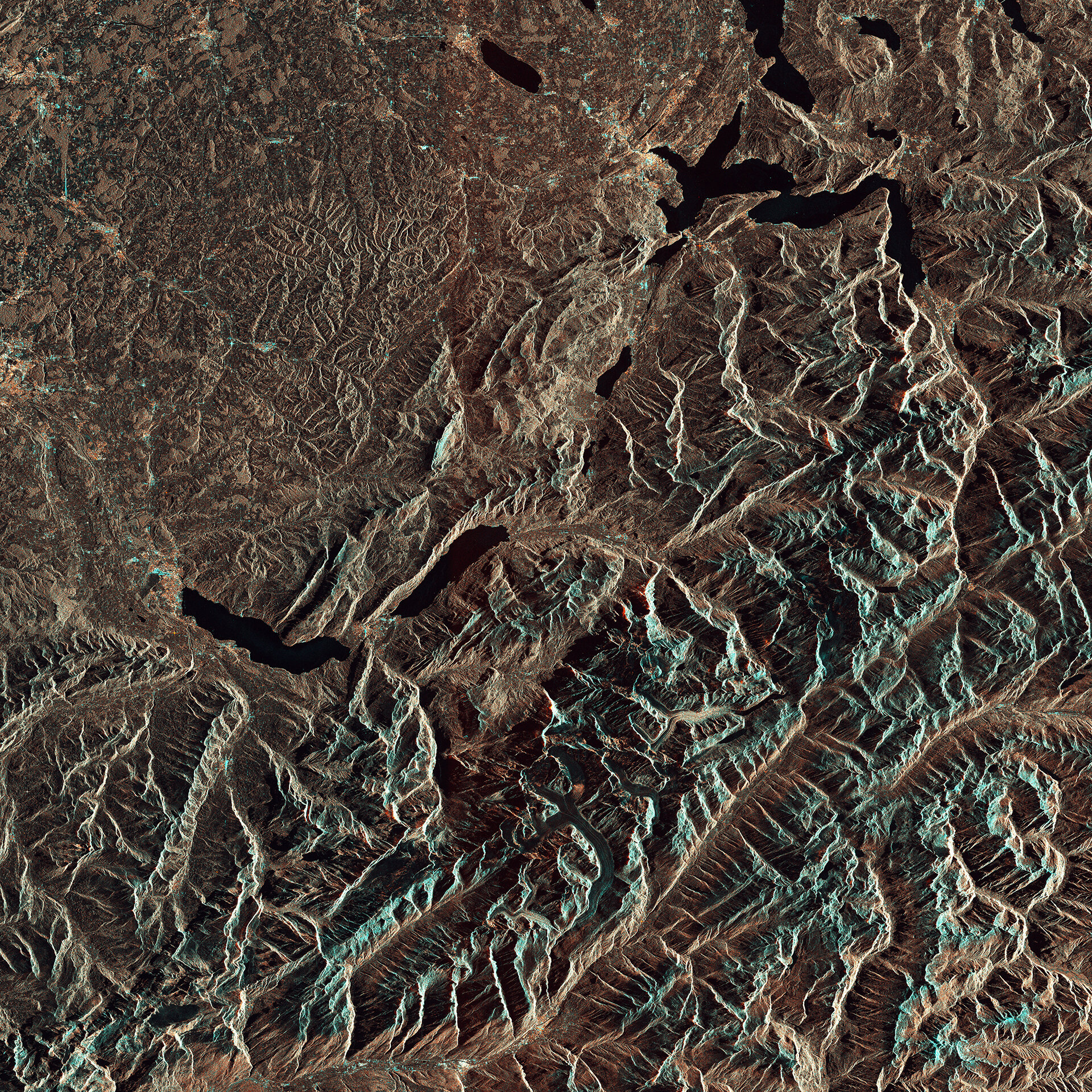 Part of the Swiss Alps are pictured in this Sentinel-1A image from 11 September 2015.

Near the centre of the image are lakes Thun and Brienz, with the city of Interlaken between them. In the upper-right section is Lake Lucerne.

In the lower-central part of the image we can see the Aletsch Glacier, the largest in the Alps. The glacier originates in a large, flat area of snow and ice high in the mountains called Concordia, where three smaller glaciers converge. Switzerland’s three famous Eiger, Mönch and Jungfrau mountains rise north of Concordia. The Aletsch Glacier extends south, and its meltwater creates the Massa River in the valley below.

Glaciers in this region are showing long-term retreat from climate change. The melting ice has given birth to new lakes, which pose risks such as flooding and landslides to communities below.

Radar imagery can be used to generate precise elevation models, and can also detect deformation over landslide, seismic or subsidence areas.

Radar can also support impact assessment for many types of hazard such as geological events.

Sentinel-1’s radar ability to ‘see’ through clouds, rain and in darkness makes it particularly useful for monitoring floods. Images acquired before and after a flood offer immediate information on the extent of inundation and support assessments of property and environmental damage.

Sentinel-1 is a two-satellite mission. Sentinel-1A was launched in April 2014 while its sister, Sentinel-1B, is set for launch on 22 April of this year.