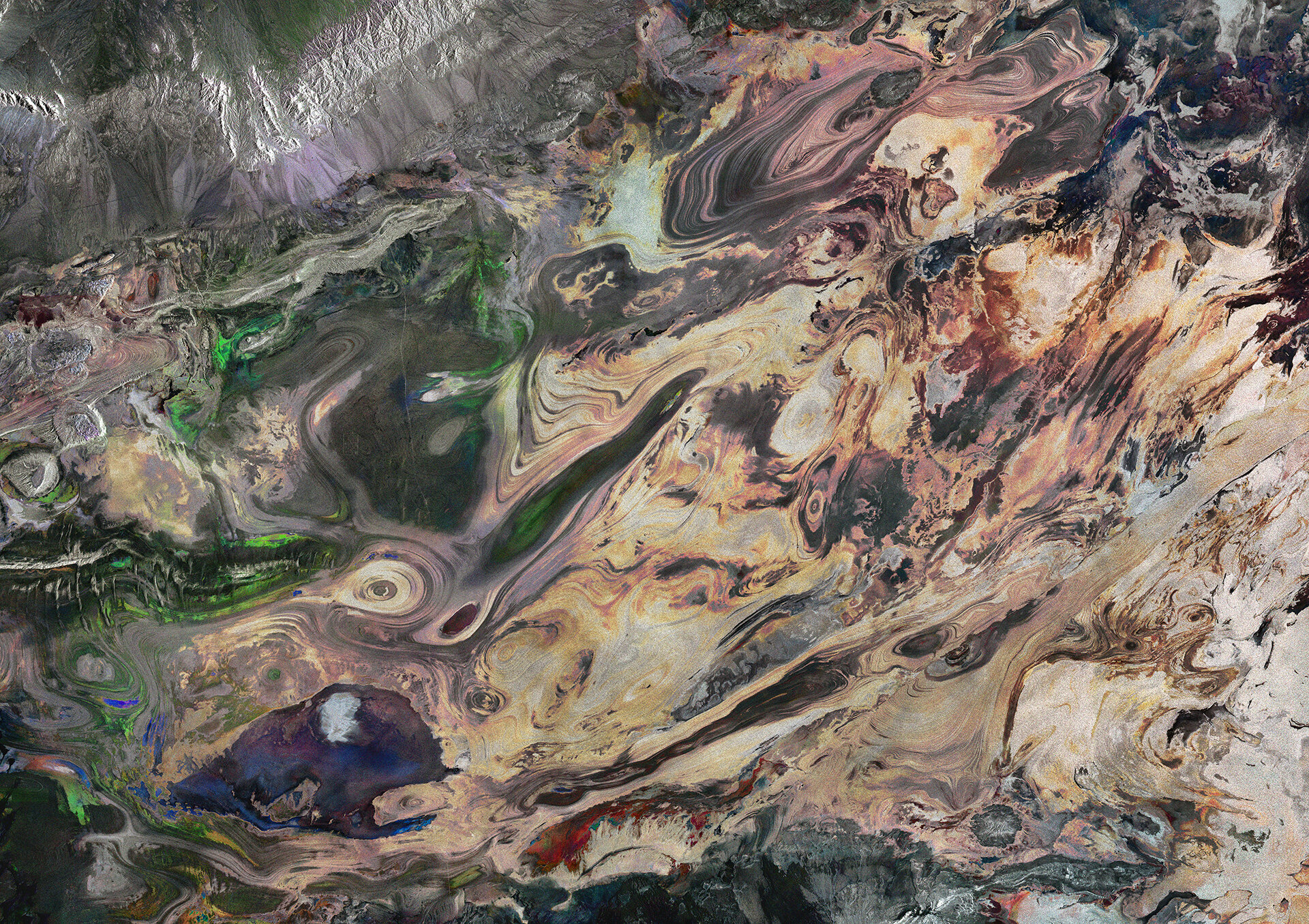 The swirling landscape of Iran’s salt desert, Dasht-e Kavir, is reminiscent of an abstract painting in this Sentinel-1 image.

With temperatures reaching about 50ºC in the summer, this area sees little precipitation, but runoff from the surrounding mountains creates seasonal lakes and marshes. The high temperatures cause the water to evaporate, leaving behind clays and sand soils with a high concentration of minerals.

The ‘brushstroke’ patterns are geological layers eroded primarily by wind.

Iran is one of the world’s most important mineral producers. Earth-observing satellites are useful for finding and monitoring natural resources like minerals.

Along the left side of the image we can see part of an area known as the ‘devil’s dunes’ because it was believed to be haunted by evil spirits. This belief likely originated from its hostile conditions, and the early travellers who did attempt to cross it probably never returned due to starvation or dehydration.

This image combines three scans from Sentinel-1A’s radar on 21 January, 14 February and 9 March 2016. Changes between the acquisitions appear in vibrant bright colours – such as the blues, reds and greens we see primarily on the left half of the image. These areas are salt lakes and the colours show fluctuations in the amount of water present over time.