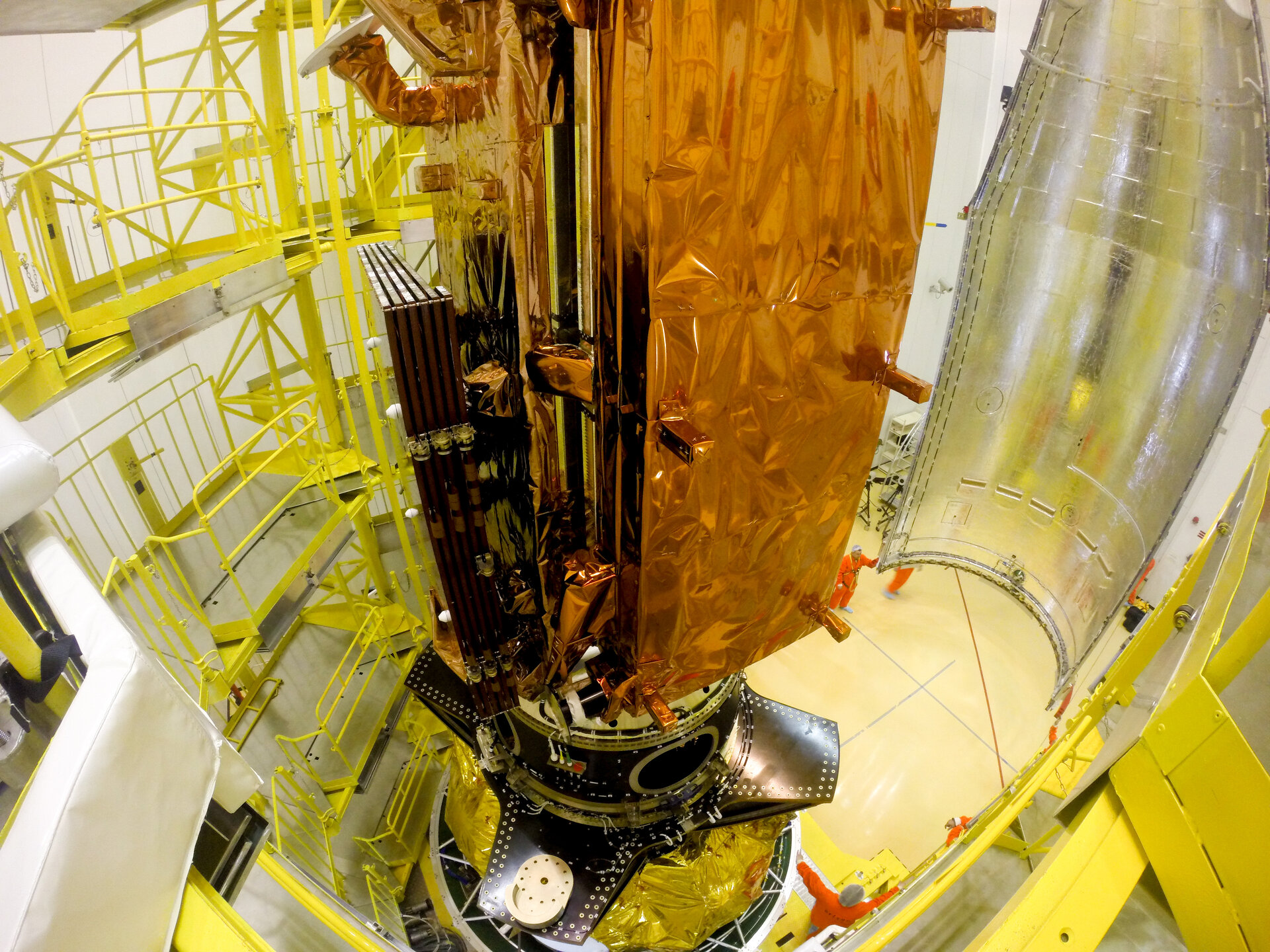 Sentinel-1B being encapsulated within its Soyuz fairing

Sentinel-1B satellite being encapsulated within its Soyuz fairing in preparation for the 22 April 2016 launch. This stage of the launch campaign took place on Friday 15 April in the S3B preparation building of the Guiana Space Centre.