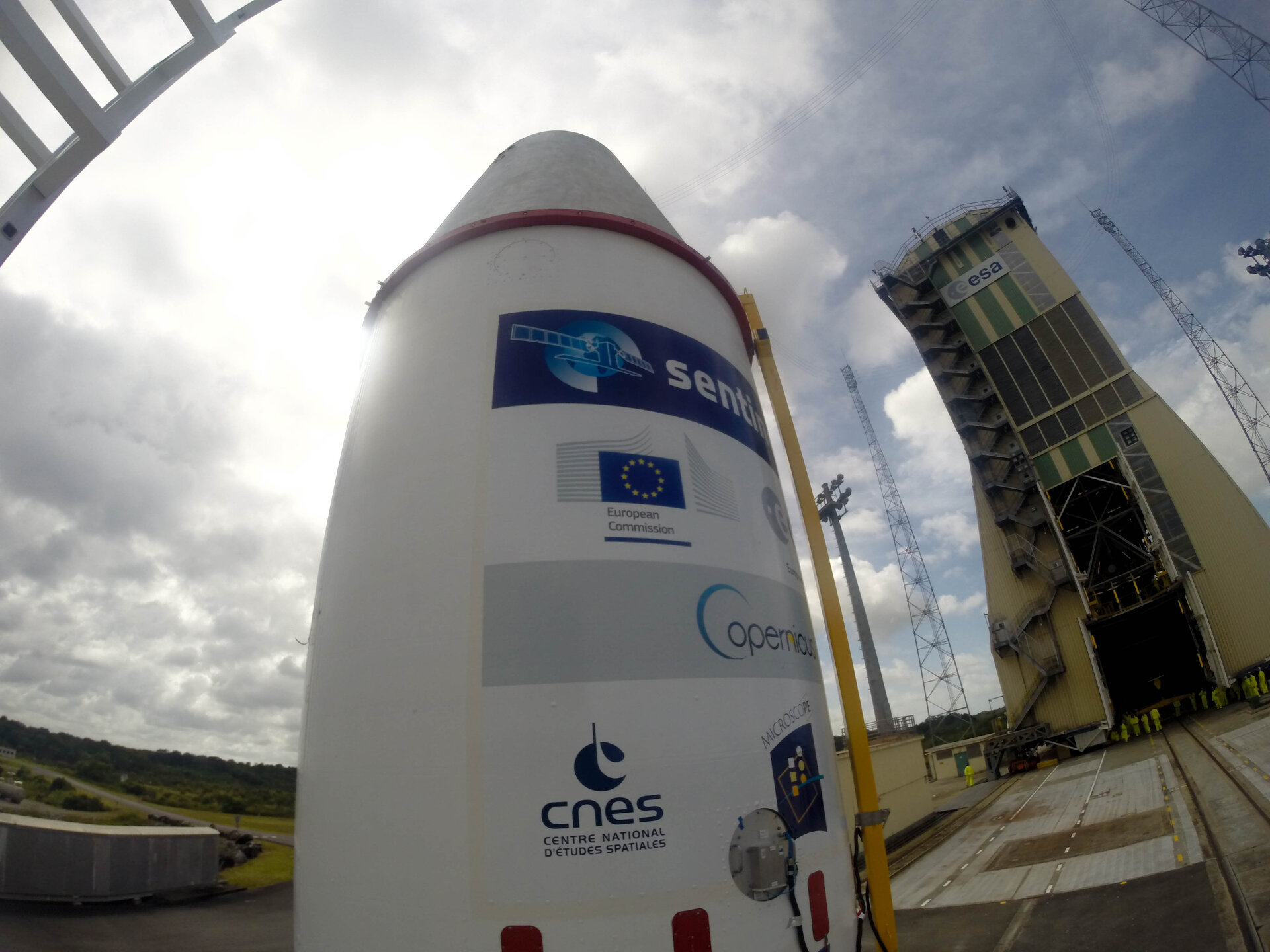 Soyuz VS14 upper composite transferred to the launch pad in preparation for the launch of Sentinel-1B on 22 April 2016.

The Soyuz VS14 mission launching from the Guiana Space Center carries the Sentinel-1B satellite for the European Commission’s Copernicus Earth Observation Program. In addition, the rocket carries the MicroSCOPE Satellite and three CubeSats to orbit.

Sentinel-1B will provide radar images of Earth for Europe’s Copernicus environmental monitoring programme. With the Sentinel-1 mission designed as a two-satellite constellation, Sentinel-1B will join its identical twin, Sentinel-1A, which was launched two years ago.