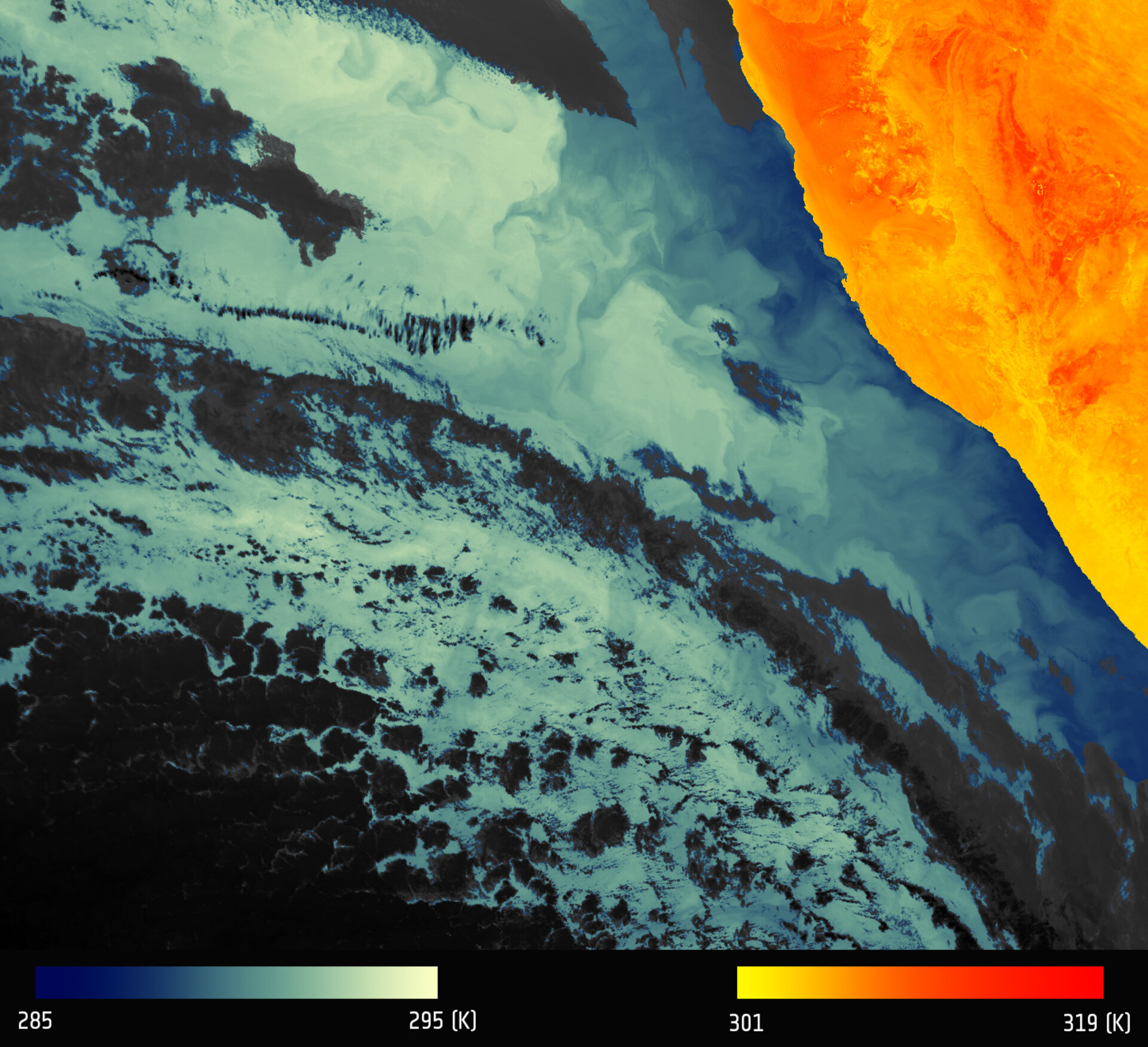 The first image from the Sentinel-3A Sea and Land Surface Temperature Radiometer (SLSTR) thermal-infrared channels depicts thermal signatures over a part of western Namibia and the South Atlantic Ocean. This image shows the ‘brightness temperature’, which corresponds to radiation emitted from the surface. Further processing is needed to turn this into an actual temperature map. The Namibian land surface is shown in red–orange colours, corresponding to a temperature range 301–319K. The blue colours over the ocean correspond to a temperature range of 285–295K. The black areas correspond to clouds, which are opaque to thermal-infrared radiation and so prevent a view of the ocean or land surface.

Cold water is seen along the Namibian coast upwelling from deeper waters. The Benguela current flows north along the west coast of South Africa driven by southeasterly winds creating coastal upwelling. Many eddies and meanders are generated in this complex system and these small-scale features are captured beautifully by SLSTR. Understanding changes in the pattern of these waters is important for fisheries, for example.