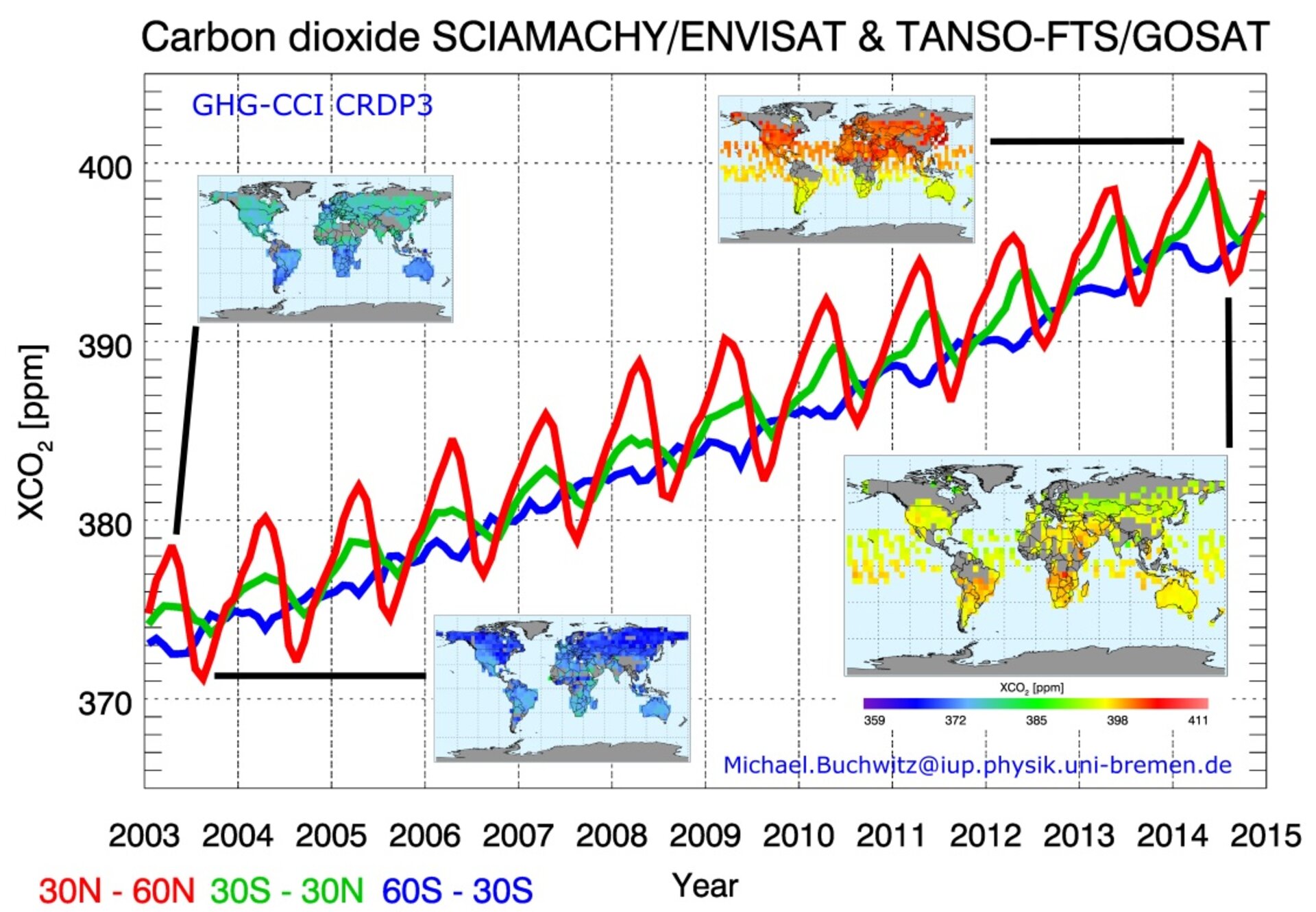 The newly released ‘Climate Research Data Package No. 3’ covers more than one decade (2003 – 2014) of atmospheric data products used to get information on the sources and sinks of carbon dioxide and methane. The data products are available through the website: http://www.esa-ghg-cci.org/