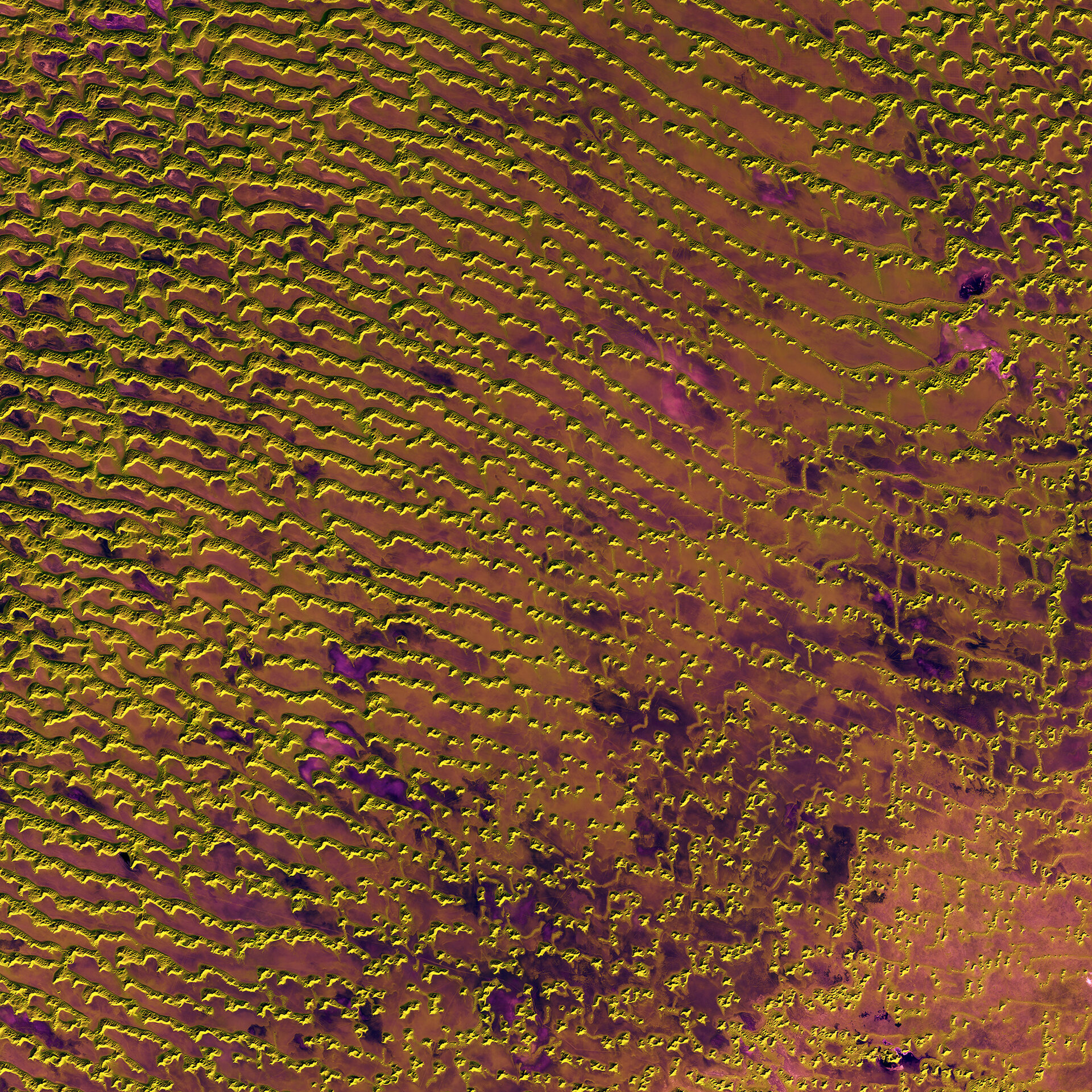 Rolling sand dunes in the expansive Rub’ al Khali desert on the southern Arabian Peninsula are pictured in this image from the Sentinel-2A satellite.

Also known at the ‘Empty Quarter’, the Rub’ al Khali is the largest contiguous sand desert in the world. Precipitation rarely exceeds 35 mm a year and regular high temperatures are around 50°C.

The yellow lines and dots in this false-colour image are sand dunes. Looking closer at the dunes in the lower right, many have three or more ‘arms’ shaped by changing wind directions and are known as ‘star dunes’. They tend to ‘grow’ upwards rather than laterally, and reach up to 250 m in height in some parts of the  Rub’ al Khali.

The dunes are interspersed with hardened flat plains – remnants of shallow lakes that existed thousands of years ago, formed by monsoon-like rains and runoff. The multispectral instrument on Sentinel-2 uses parts of the infrared spectrum to detect subtle changes in vegetation cover, but can also see changes in mineral composition where vegetation is sparse. In this image, shades of brown to bright purple show the mineral composition, possibly including salt or gypsum.

This image – also featured on the Earth from Space video programme – was captured by Sentinel-2A on 22 December 2015. The satellite is the first in the two-satellite Sentinel-2 mission for Europe’s Copernicus programme, and carries a wide-swath high-resolution multispectral imager with 13 spectral bands for a new perspective of our land and vegetation.