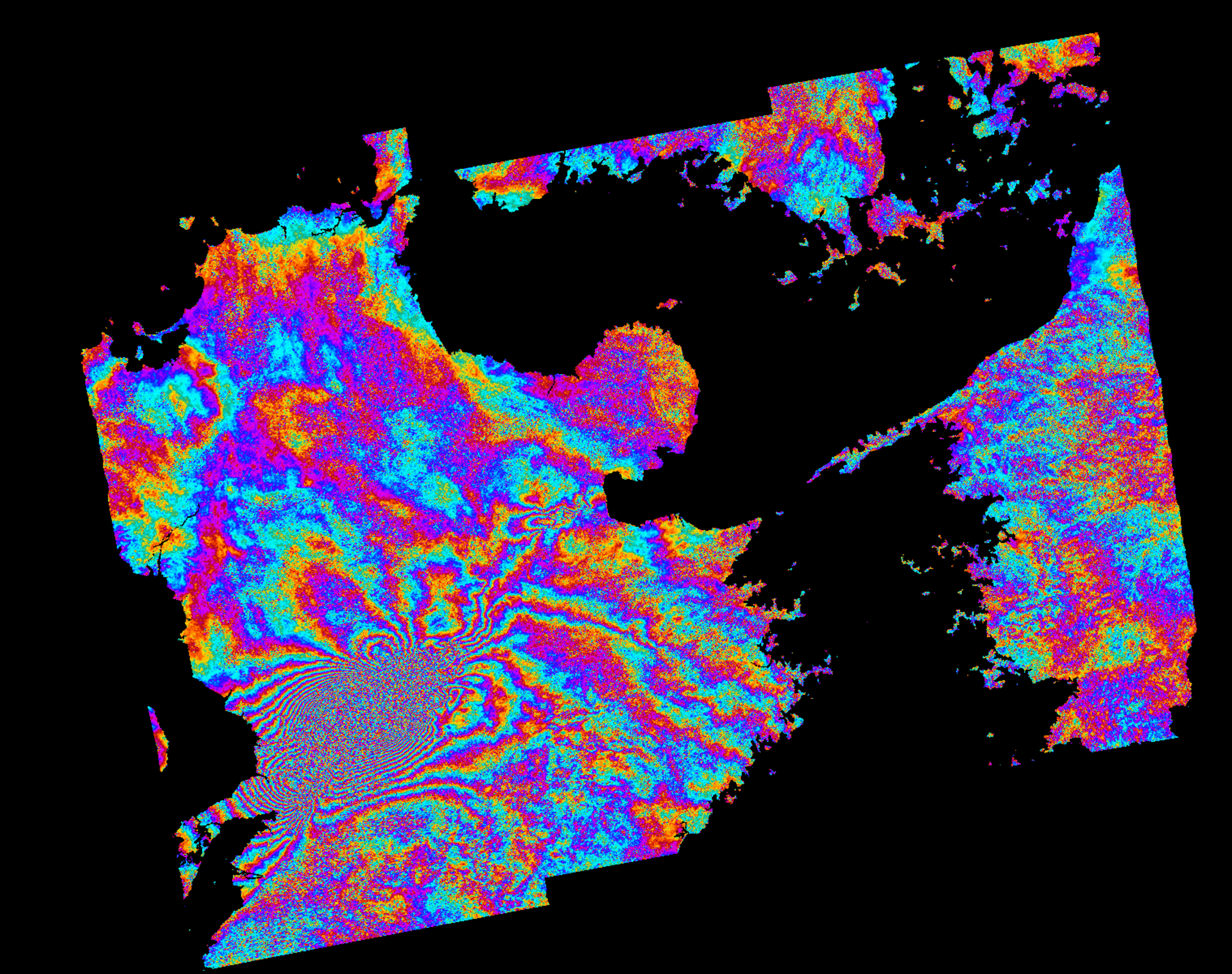 This interferogram shows how the ground moved as a result of the earthquakes that struck Kumamoto in Japan on 14–15 April 2016. The image was generated automatically on the Geohazards Exploitation Platform and combines images captured by Sentinel-1A on 8 and 20 April, before and after the quakes. The Geohazards Exploitation Platform gives users direct access to large Earth-observation datasets for areas at risk of earthquakes or volcanic activity, for example. Pairs of Sentinel-1A radar images from consecutive passes over the same spot on Earth’s service are processed continuously and automatically to provide medium-resolution (200 m) images. These interferograms allow users to identify ground movement and other changes that may have occurred between satellite acquisitions. Although the service only covers Europe, this illustrates how information on major events can be made available to users. Over the next months, the browse service will be ramped up gradually to cover the global tectonic ‘mask’. This mask corresponds to regions where the shape of the ground is deforming because of tectonic activity and prioritised by the geohazards user community.