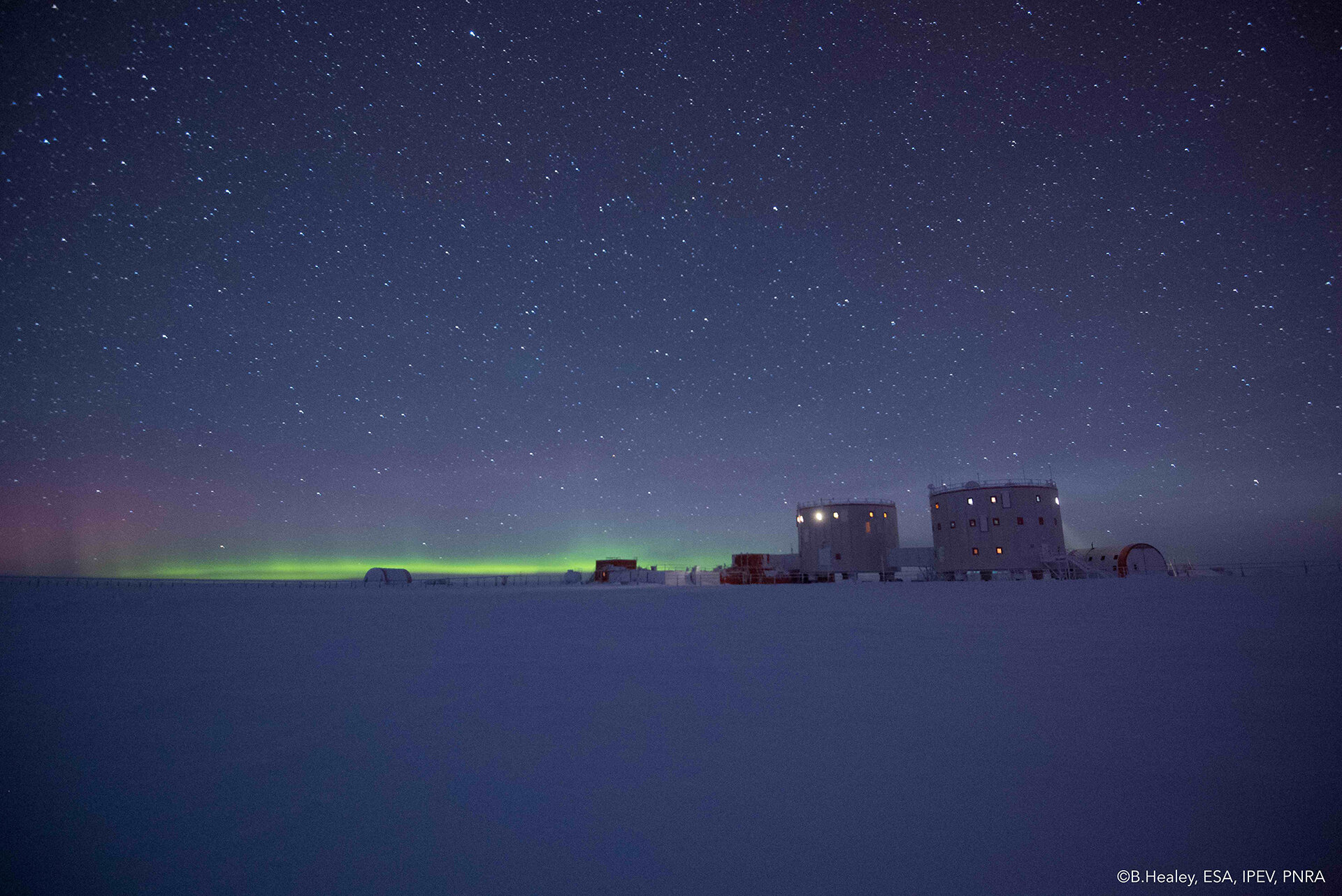 Step to the stars

Its seclusion offers scientists a unique location to conduct research far from civilisation in many disciplines. The thin atmosphere, clear skies and zero light pollution around Concordia make it an ideal place for observing the Universe – as this picture shows with its aurora and many stars.

Auroras occur when atomic particles from the Sun hits Earth’s upper atmosphere, making it glow in a greenish blue light. They occur frequently over both polar regions, but are often difficult to see from populated areas.

For ESA, the isolation and extreme weather offer interesting parallels with spaceflight and living on another planet. Each year an ESA-sponsored medical doctor joins the crew of the Italian–French station to monitor and run experiments on the crew of up to 15.

This image was taken by Beth Healey, medical doctor from the winter of 2015. Timed to coincide with the opening of an exhibition on space and Antarctica, Beth is presenting the story “Step to the stars – our future in space starts on Earth”.

The narrative is featured in the WhiteSpace exhibition at the Times Science festival in Cheltenham, UK, being held 7–12 June.

What really happens in a crew of 13 isolated in a research station for nine months? Find out at: esa.int/steptothestars