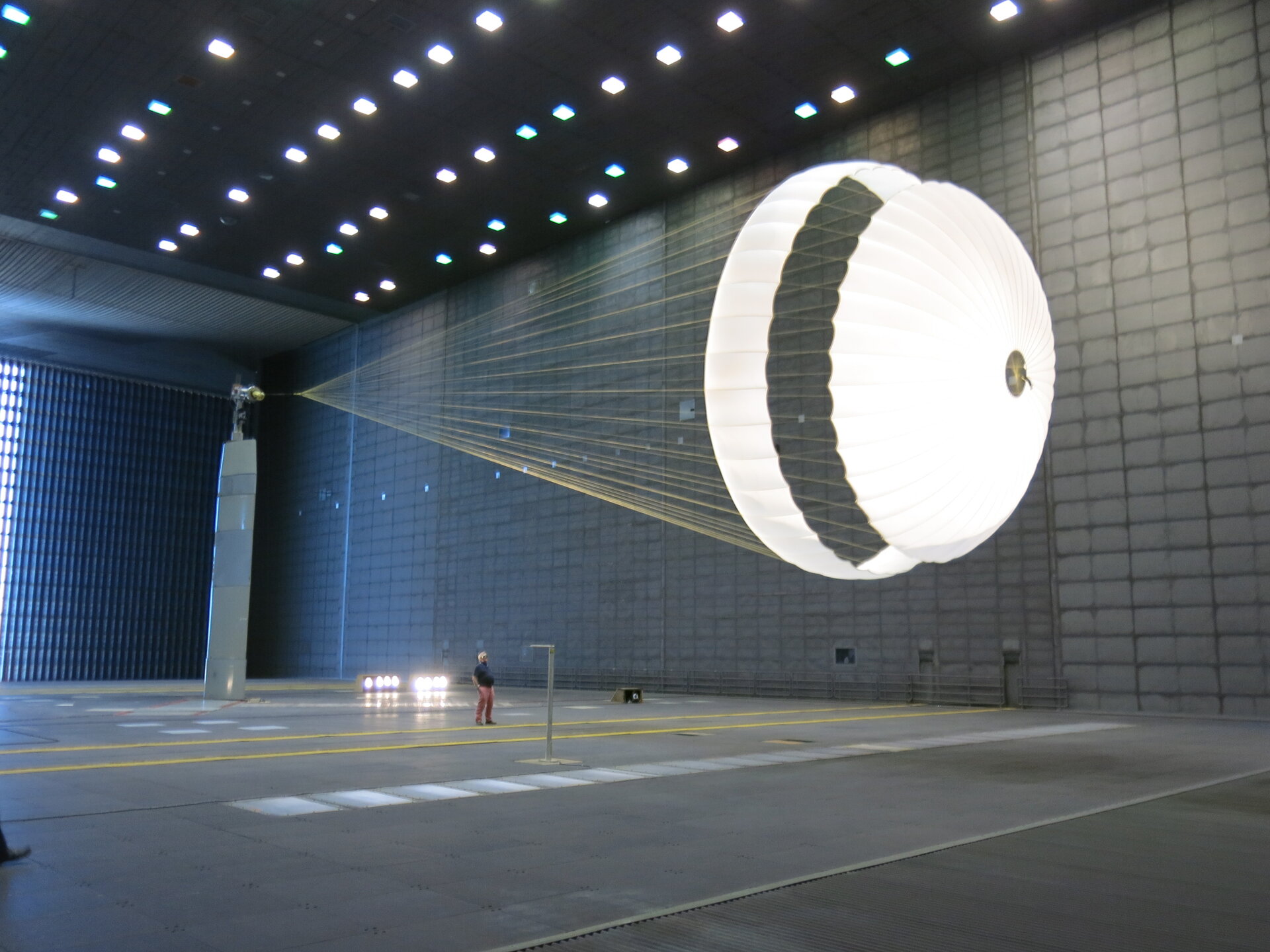 This is a test version of the parachute that will slow the Schiaparelli entry, descent and landing module as they plummet through the martian atmosphere on 19 October.

The parachute is a ‘disc-gap-band’ type, as used for the ESA Huygens probe descent to Titan and for all NASA planetary entries so far.

The canopy, with a normal diameter of 12 m, is made from nylon fabric and the lines are made from Kevlar, a very strong synthetic material.

Tests of how the parachute will inflate at supersonic speeds were carried out with a smaller model in a supersonic wind tunnel in the NASA Glenn Research Center.

The full-scale qualification model, pictured here, was used to test the pyrotechnic mortar deployment and the strength of the parachute in the world’s largest wind tunnel, operated by the US Air Force at the National Full-Scale Aerodynamic Complex in the Ames Research Center, California.

The tower is needed to place the mortar – the horizontal tube at the top of the tower – at the centre of the wind tunnel for testing.

Schiaparelli was launched on 14 March with the Trace Gas Orbiter on a Proton rocket from the Baikonur Cosmodrome in Kazakstan.