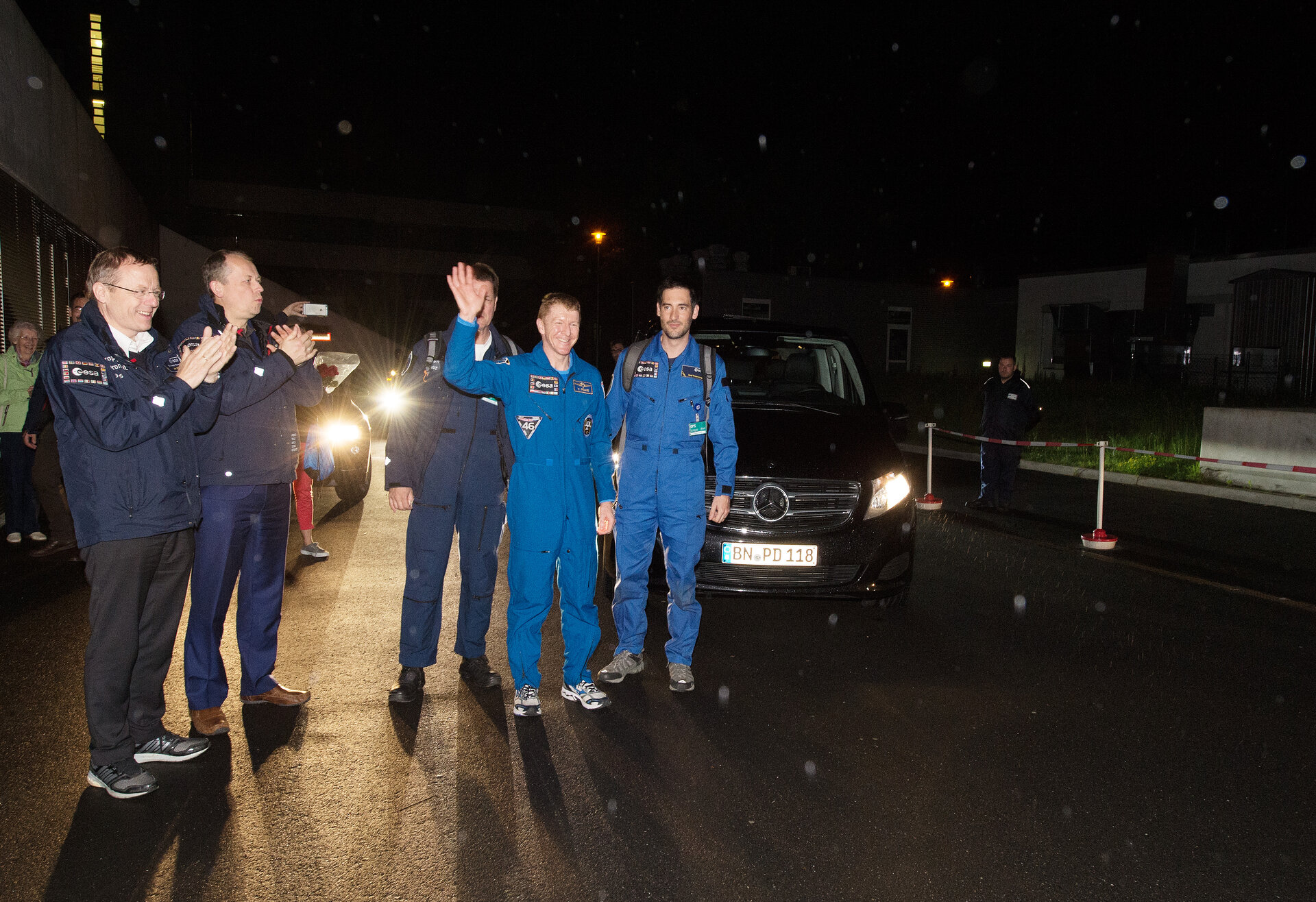 Tim Peake being welcomed back