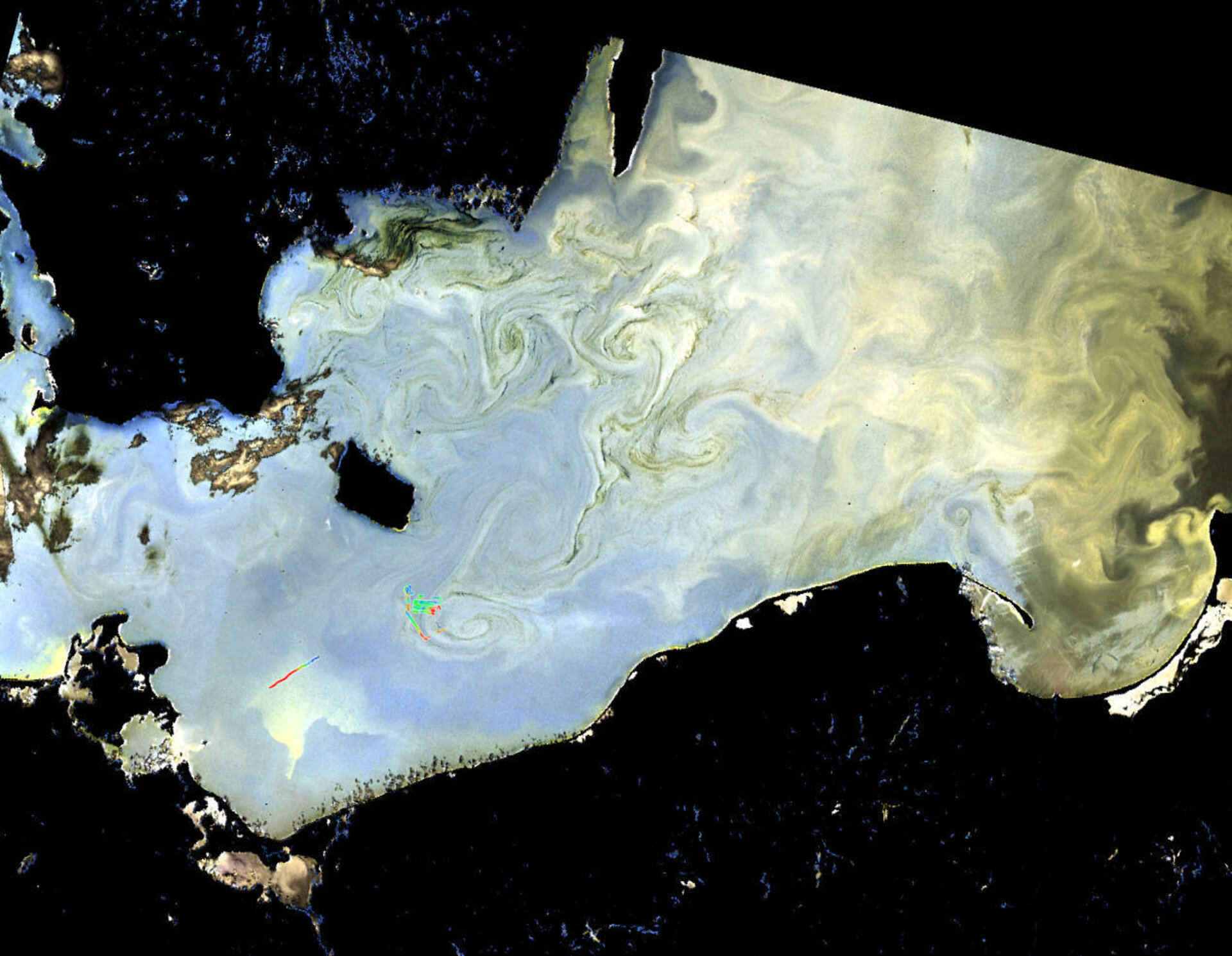 Captured by Sentinel-3A on 23 June 2016, this image shows an algae bloom in the Baltic Sea. Sentinel-3A carries a suite of instruments to monitor our changing world. This image was captured with its ocean and land colour instrument, OLCI, which provides biogeochemical measurements to monitor, for example, concentrations of algae, suspended matter and chlorophyll in seawater. This information can be used to predict harmful algal blooms, which is particularly relevant in the Baltic Sea where extreme blooms are a significant problem. The health and vulnerability of marine ecosystems is fundamental to our knowledge of ocean productivity and, in turn, fish stocks. The coloured tracks in the image are temperature measurements from a zeppelin, which was used as part of Helmholtz-Zentrum Geesthacht’s Clockwork Ocean project. Satellite imagery was used to help locate these eddies.

Following liftoff in February 2016 and a five-month commissioning period, the Sentinel-3A satellite was handed over for operations on 13 July 2016.