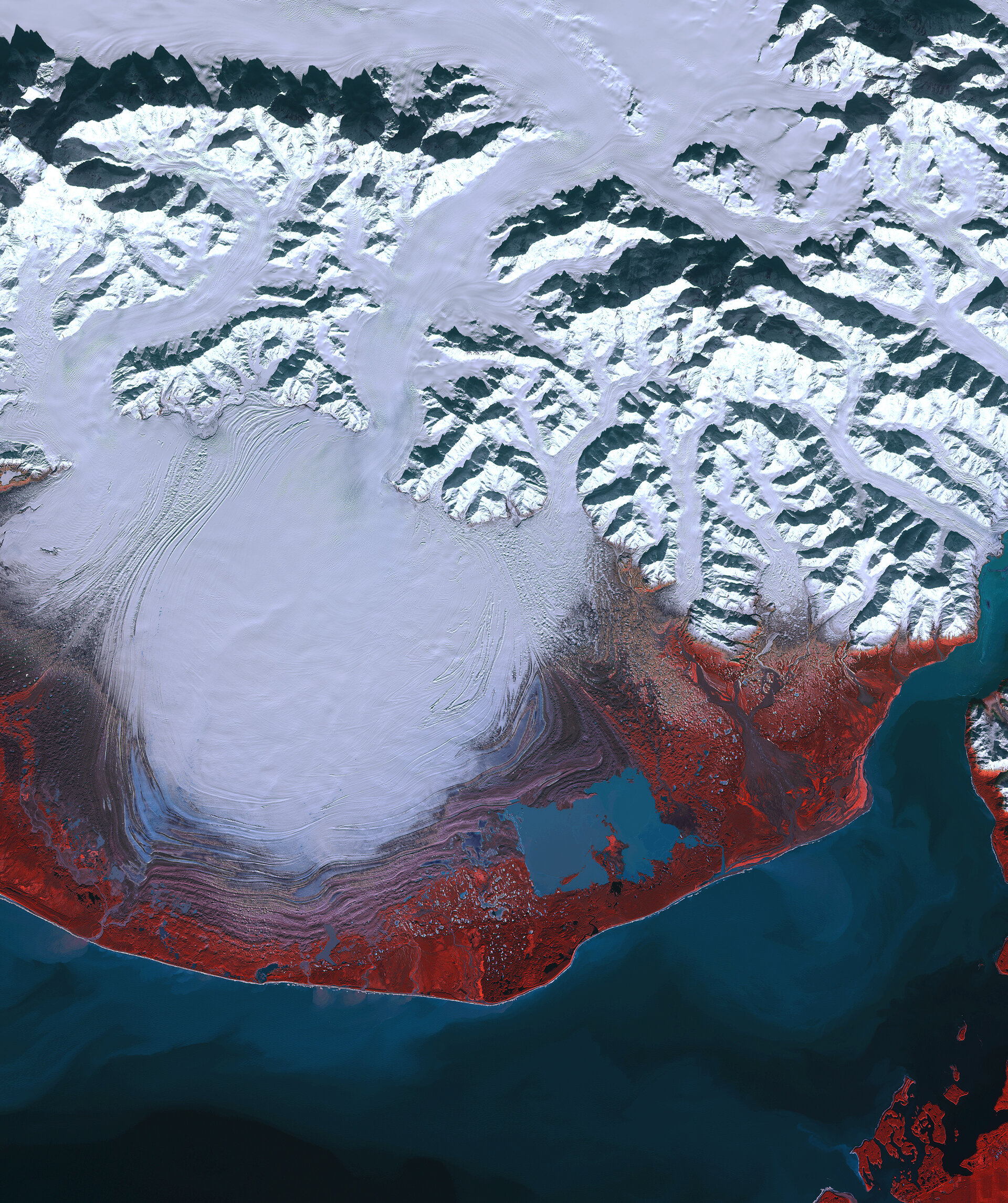 The Sentinel-2A satellite takes us over southeastern Alaska to the Malaspina Glacier.

The climate and topography of this area over the last 12.5 million years have been favourable for glaciers. During the Ice Age, a vast ice sheet covered this spot. When temperatures rose, an interglacial period began.

The coastal mountains and the maritime climate of this area provide the perfect setting for glaciation: some of the world’s longest and most spectacular glaciers are found here.

Malaspina is a piedmont glacier – meaning that ice flows down a steep valley and spills out onto a relatively flat plain. It is the largest of its kind, with an area of about 3900 sq km.

In this false-colour image, red depicts vegetated areas while purple shows rock. The wavy purple lines around the lower half of the glacier are rock, soil and other debris that have been deposited by the glacier – called moraines.

Satellite data show that the elevation of Malaspina has dropped over the past decades, and this ice loss has made a significant contribution to sea-level rise.

This image, also featured on the Earth from Space video programme, was acquired on 8 March 2016. The low Sun level at Alaska’s high latitudes during this season is evident by the shadows cast north by the Elias Mountains.