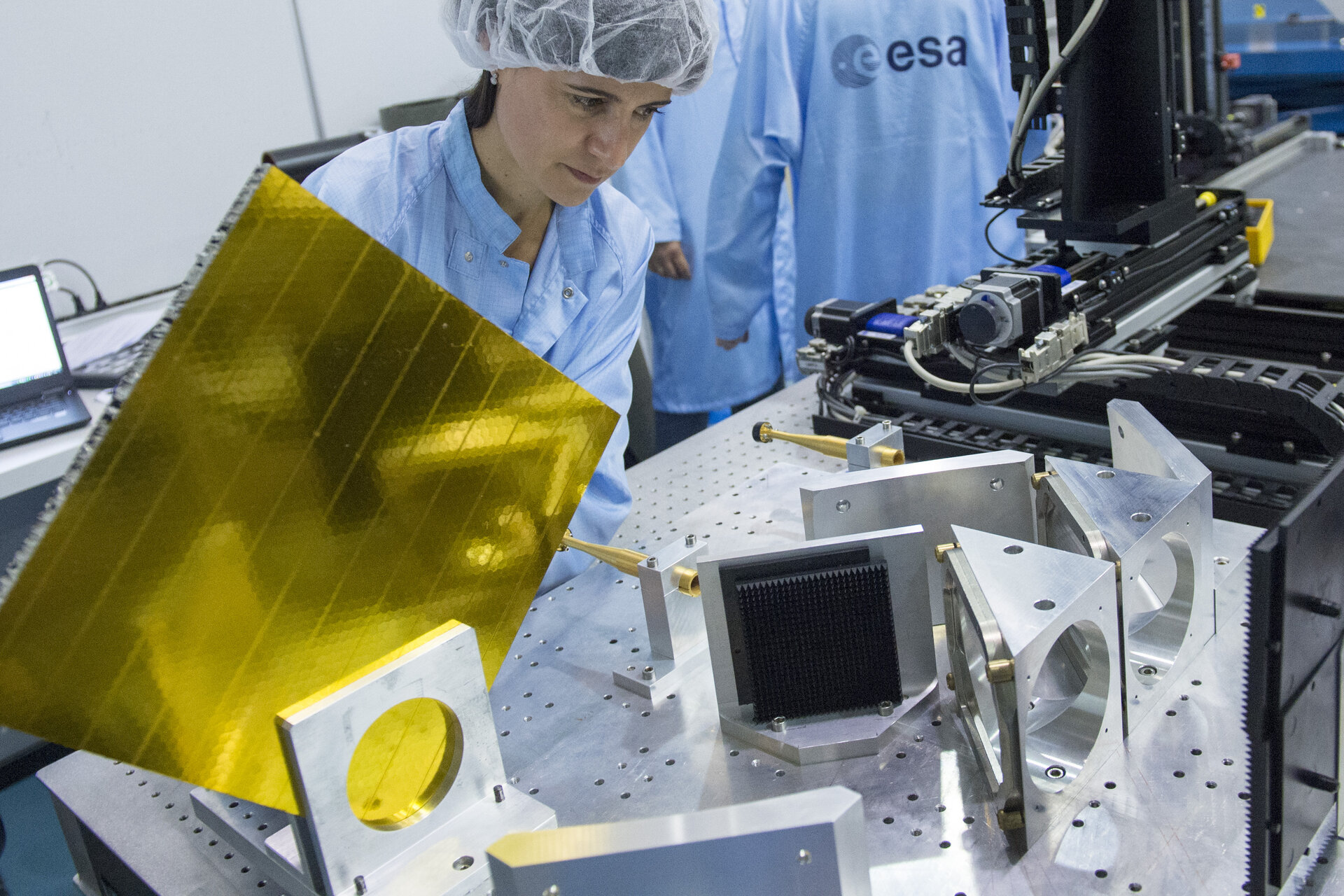 Candidate coatings for a new space antenna undergoing testing at ESA’s technical heart in the Netherlands.

“Working with industry, we were asked to evaluate several candidate coatings for the coming MetOp microwave imager – which sounds the atmosphere at various frequencies to gather data on rainfall, water vapour, temperature and clouds.

“The testing needs to measure the radio frequency behaviour of sample coatings across a very wide range of frequencies, from 18.7 GHz up to a maximum 191.3 GHz – checking, for instance, that they do not cause unacceptable signal losses.”

Feed horns send out radio signals to be reflected across the table to the coating and back again, to assess performance.

Two of the candidates proved most promising to coat the carbon-fibre reinforced polymer honeycomb microwave imager antenna. ESA’s antenna test facilities carry out around several of these kind of campaigns annually.

Higher frequencies were tested on the cleanroom tabletop system seen here, while testing for lower frequencies below 50 GHz was undertaken in ESA’s Compact Antenna Test Range, normally used for antenna testing but adaptable for materials testing as well.