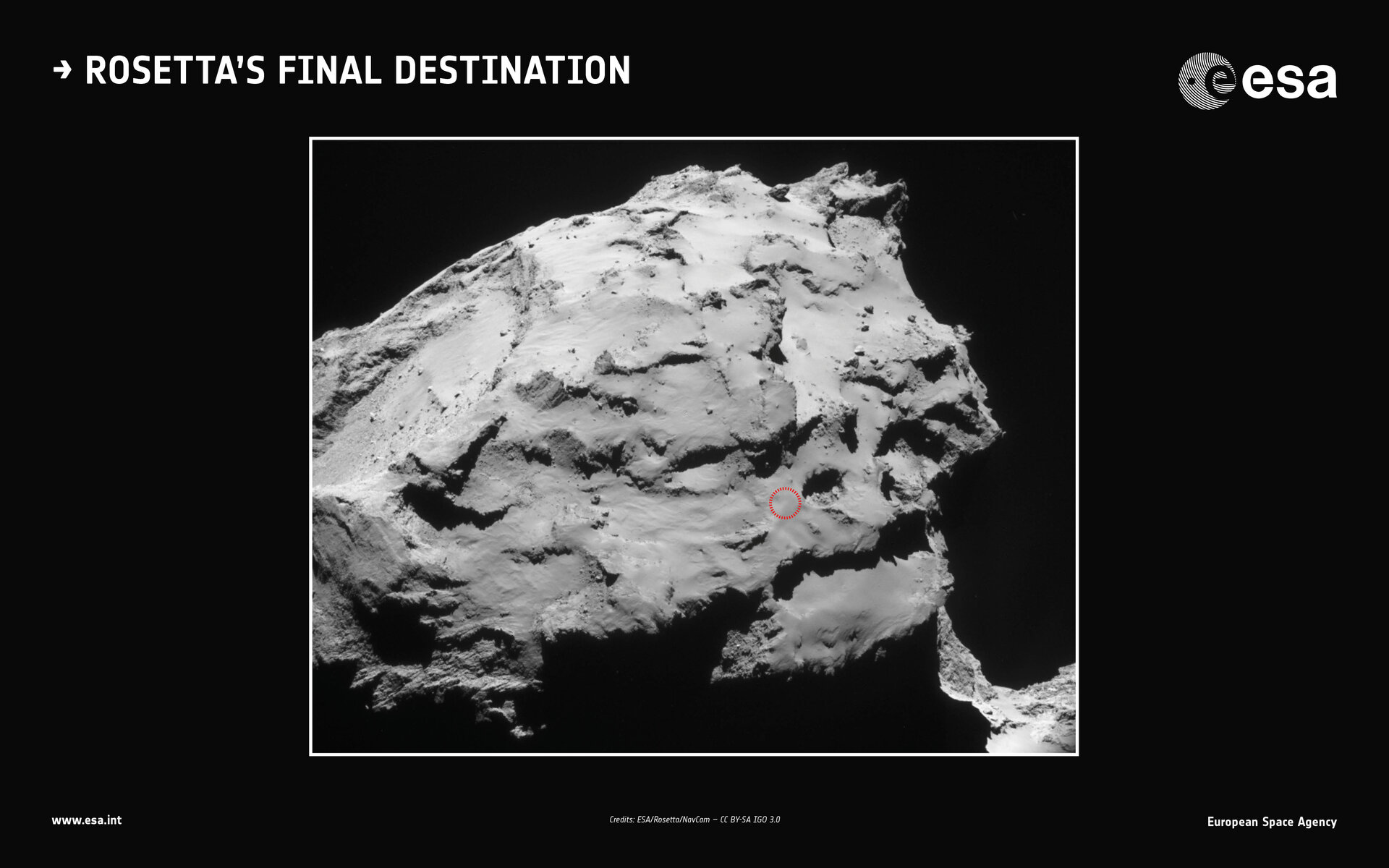 On 30 September 2016, Rosetta will end its mission with a controlled impact on Comet 67P/Churyumov-Gerasimenko.

The spacecraft will target Ma’at, a region hosting some active pits on the small comet lobe. This region has been chosen for its scientific potential and taking into account key operational constraints involved in executing the descent.

The image was taken with Rosetta’s NavCam on 21 September 2014.