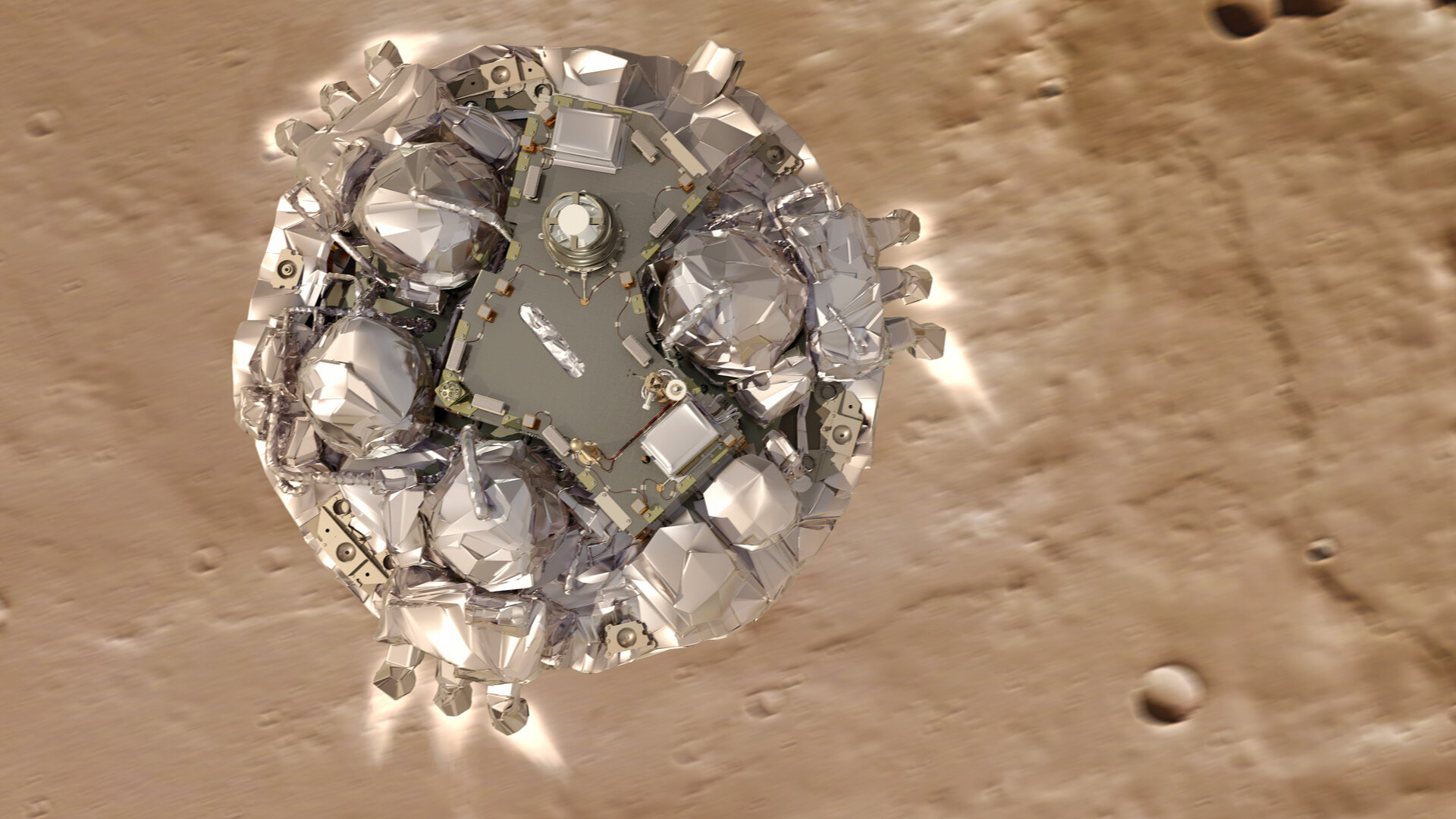 Artist impression of Schiaparelli, the ExoMars entry, descent and landing demonstrator module, as it approaches the Martian surface.

On 19 October, Schiaparelli will enter the Martian atmosphere at an altitude of about 121 km and a speed of nearly 21 000 km/h. Less than six minutes later it will have landed on Mars.

A braking system, made of three clusters of three thrusters, will be used for the final deceleration phase, slowing the module from a speed of about 250 km/h at an altitude of 1.1 km to 4 km/h at 2 m. At that stage the thrusters will cut out and the module will fall freely to the surface with the impact force being absorbed by a crushable structure on the underside of the lander.

Once on the surface, a small meteorological station (DREAMS) will operate for a few days. DREAMS will measure local weather conditions at the landing site, such as temperature, humidity, pressure, dust opacity, wind speed, and wind direction. It will also perform measurements of the electrical properties of the martian atmosphere, the first time this has ever been done.

Also shown is INRRI, a compact array of laser retroreflectors attached to the upward-facing surface of Schiaparelli. This can be used as a target for future Mars orbiters to laser-locate the module.