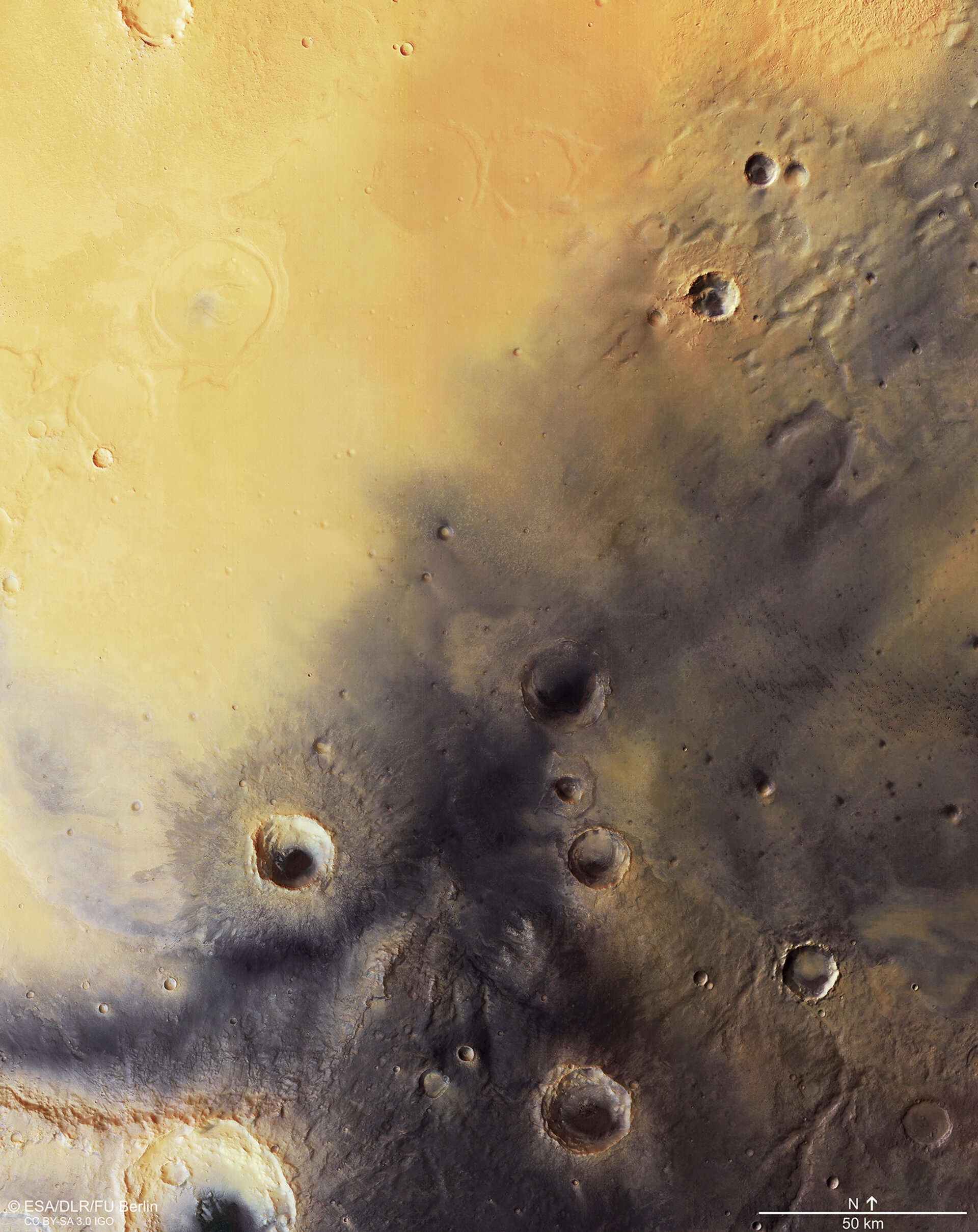 To the north, smooth, flat plains are observed, with faint traces of ancient craters. Schiaparelli, the ExoMars Entry, Descent and Landing Demonstrator Module, will target a flat region within the smooth plains, to the west of 22 km-wide Endeavour crater, close to the centre of this image.

Below and to the left is the 19 km-wide Bopolu crater, which lies within the much larger Miyamoto crater. Parts of the northern rim of Miyamoto have since been buried, leaving only the southern portions clearly visible.

In the south and south-eastern portions of the image in particular, a number of channels can be identified, carved by water flow in Mars’ past.