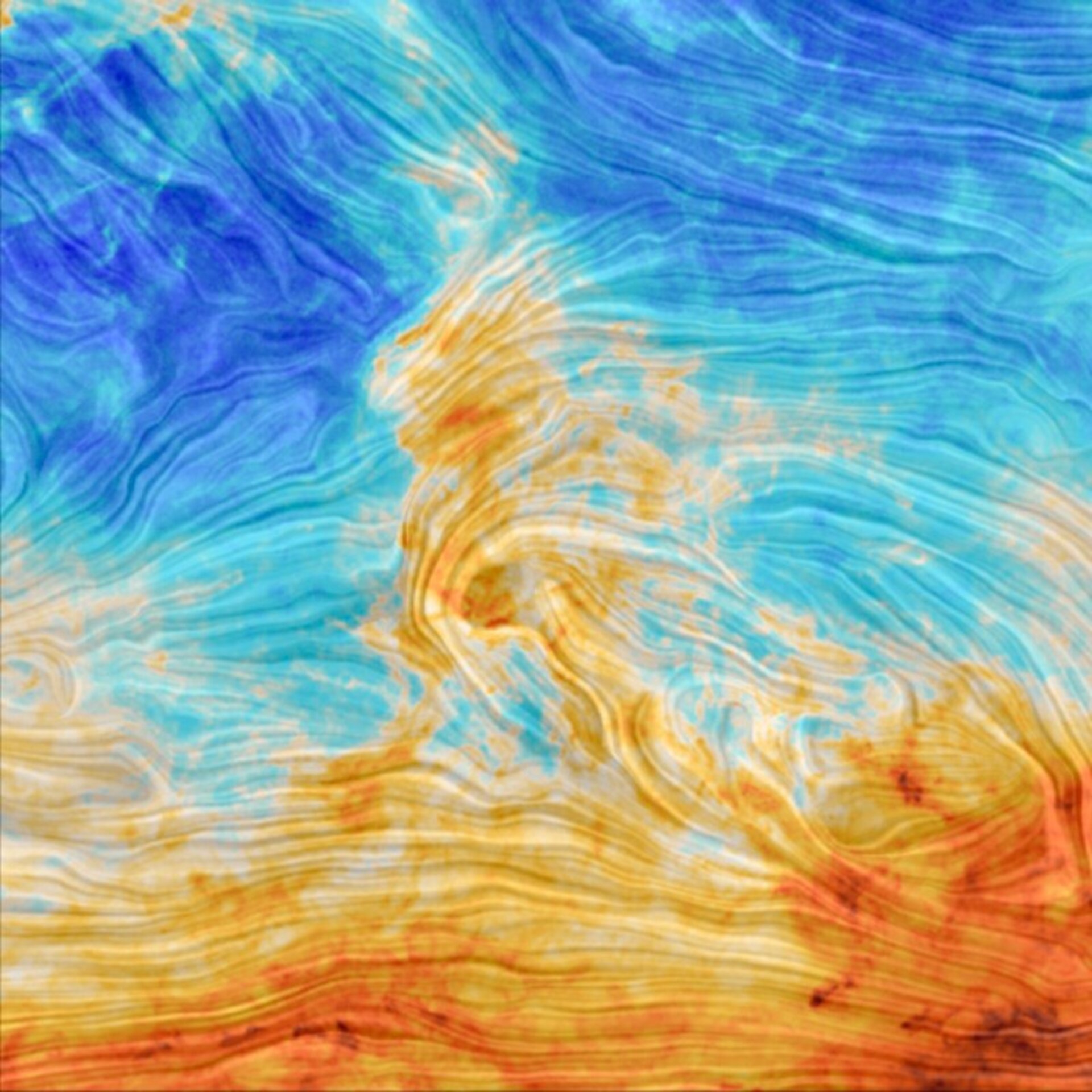 This image from ESA’s Planck satellite appears to show something quite ethereal and fantastical: a sprite-like figure emerging from scorching flames and walking towards the left of the frame, its silhouette a blaze of warm-hued colours.

This fiery illusion is actually a celestial feature named the Polaris Flare. This name is somewhat misleading; despite its moniker, the Polaris Flare is not a flare but a 10 light-year-wide bundle of dusty filaments in the constellation of Ursa Minor (The Little Bear), some 500 light-years away.

The Polaris Flare is located near the North Celestial Pole, a perceived point in the sky aligned with Earth’s spin axis. Extended into the skies of the northern and southern hemispheres, this imaginary line points to the two celestial poles. To find the North Celestial Pole, an observer need only locate the nearby Polaris (otherwise known as the North Star or Pole Star), the brightest star in the constellation of Ursa Minor.

Some of the secrets of the Polaris Flare were uncovered when it was observed by ESA’s Herschel some years ago. Using a combination of such Herschel observations and a computer simulation, scientists think that the Polaris Flare filaments could have been formed as a result of slow shockwaves pushing their way through a dense interstellar cloud, an accumulation of cold cosmic dust and gas sitting between the stars of our Galaxy.

These shockwaves, reminiscent of the sonic booms formed by fast sound waves here on Earth, would have been themselves triggered by nearby exploding stars that disrupted their surroundings as they died, triggering cloud-wide waves of turbulence

These shockwaves, reminiscent of the sonic booms formed by fast sound waves here on Earth, were themselves triggered by nearby exploding stars that disrupted their surroundings as they died, triggering cloud-wide waves of turbulence. These waves swept up the gas and dust in their path, sculpting the material into the snaking filaments we see.

This image is not a true-colour view, nor is it an artistic impression of the Flare, rather it comprises observations from Planck, which operated between 2009 and 2013. Planck scanned and mapped the entire sky, including the plane of the Milky Way, looking for signs of ancient light (known as the cosmic microwave background) and cosmic dust emission. This dust emission allowed Planck to create this unique map of the sky – a magnetic map.

The relief lines laced across this image show the average direction of our Galaxy’s magnetic field in the region containing the Polaris Flare. This was created using the observed emission from cosmic dust, which was polarised (constrained to one direction). Dust grains in and around the Milky Way are affected by and interlaced with the Galaxy’s magnetic field, causing them to align preferentially in space. This carries through to the dust’s emission, which also displays a preferential orientation that Planck could detect.

The emission from dust is computed from a combination of Planck observations at 353, 545 and 857 GHz, whereas the direction of the magnetic field is based on Planck polarisation data at 353 GHz. This frame has an area of 30 x 30º on the sky, and the colours represent the intensity of dust emission.