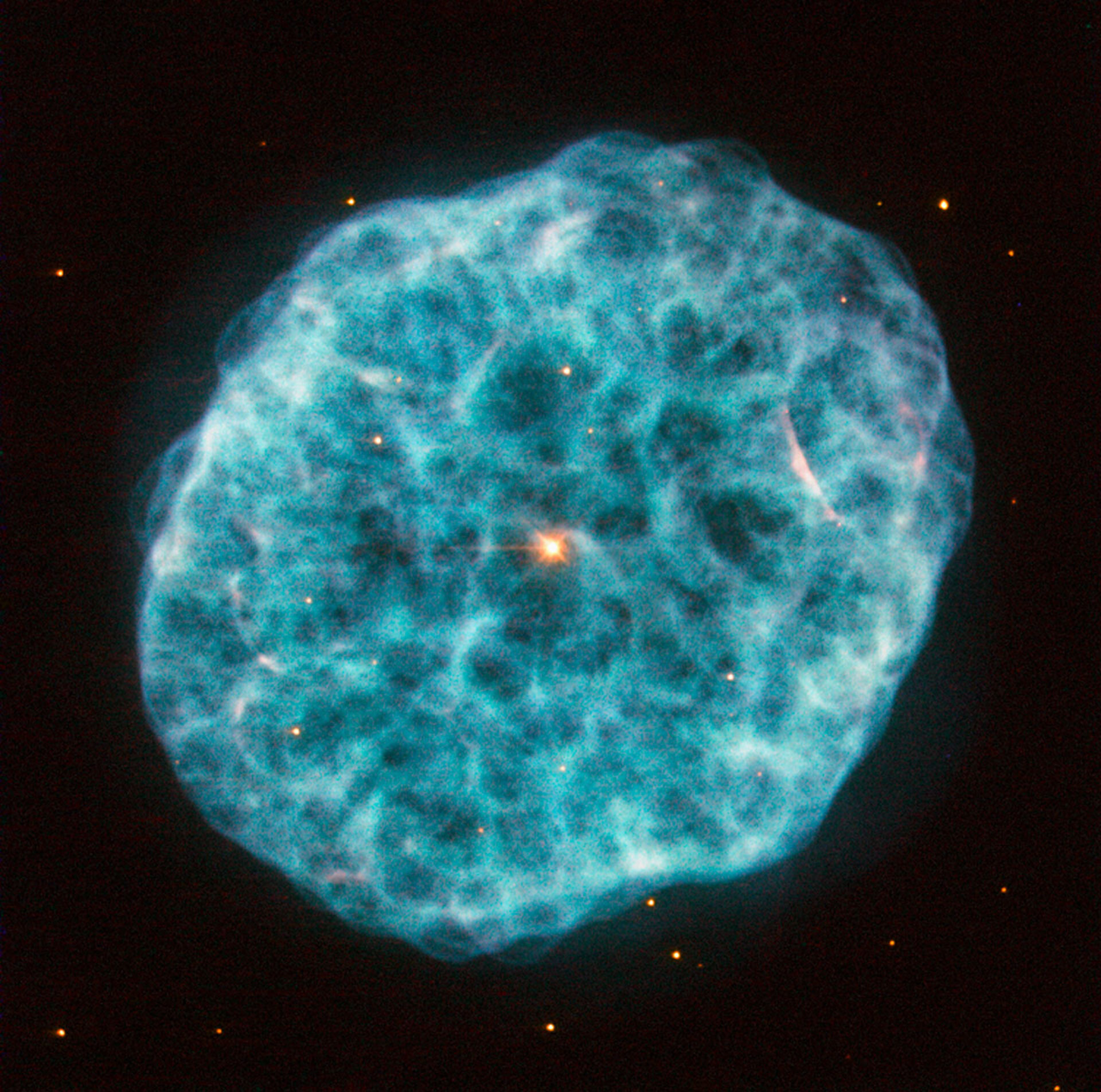 Hubble views a cosmic oyster and pearl in NGC 1501

The world is your oyster, as the expression goes – and the NASA/ESA Hubble Space Telescope, with its advanced instruments and favourable location in orbit above Earth’s atmosphere, has far more of the Universe to explore than most.

This image was captured using Hubble’s Wide Field Planetary Camera 2, the camera responsible for many of the telescope’s most beautiful images. It shows the appropriately nicknamed Oyster Nebula (more formally known as NGC 1501), a candescent cloud some 5000 light-years away from Earth in the constellation of Camelopardalis.

The Oyster Nebula is a type of cosmic object that is essentially a giant cloud of dust and electrically charged gases. Nebulas are often made to glow, as seen here, by the radiation from a nearby star. In the case of the Oyster Nebula, that star can be seen as a yellow–orange dot at the centre of the turquoise cloud, resembling the oyster’s precious pearl.

This is a planetary nebula, meaning that it was created when its progenitor star – the ‘pearl’ – threw its outer layers of gas into space. This star is just as notable as the beautiful structure surrounding it. It is a pulsating star, meaning that its brightness varies regularly and periodically. In the case of NGC 1501’s progenitor star, this is incredibly fast, with the star’s brightness changing significantly in just half an hour.

The complexity of the Oyster Nebula’s internal structure is clearly evident in this detailed image, appearing almost webbed or bubbly. Astronomers have modelled this object in 3D and found it to be an irregularly shaped cloud filled with lumpy and bumpy structures, such as knots and bubbles of gas and clumps of dust, all knitted together.

These visible-light observations capture the glow of gases including hydrogen and nitrogen. The bright colours shown here are arbitrary. A version of this image was entered into the 2012 Hubble’s Hidden Treasures image processing competition by contestant Marc Canale.