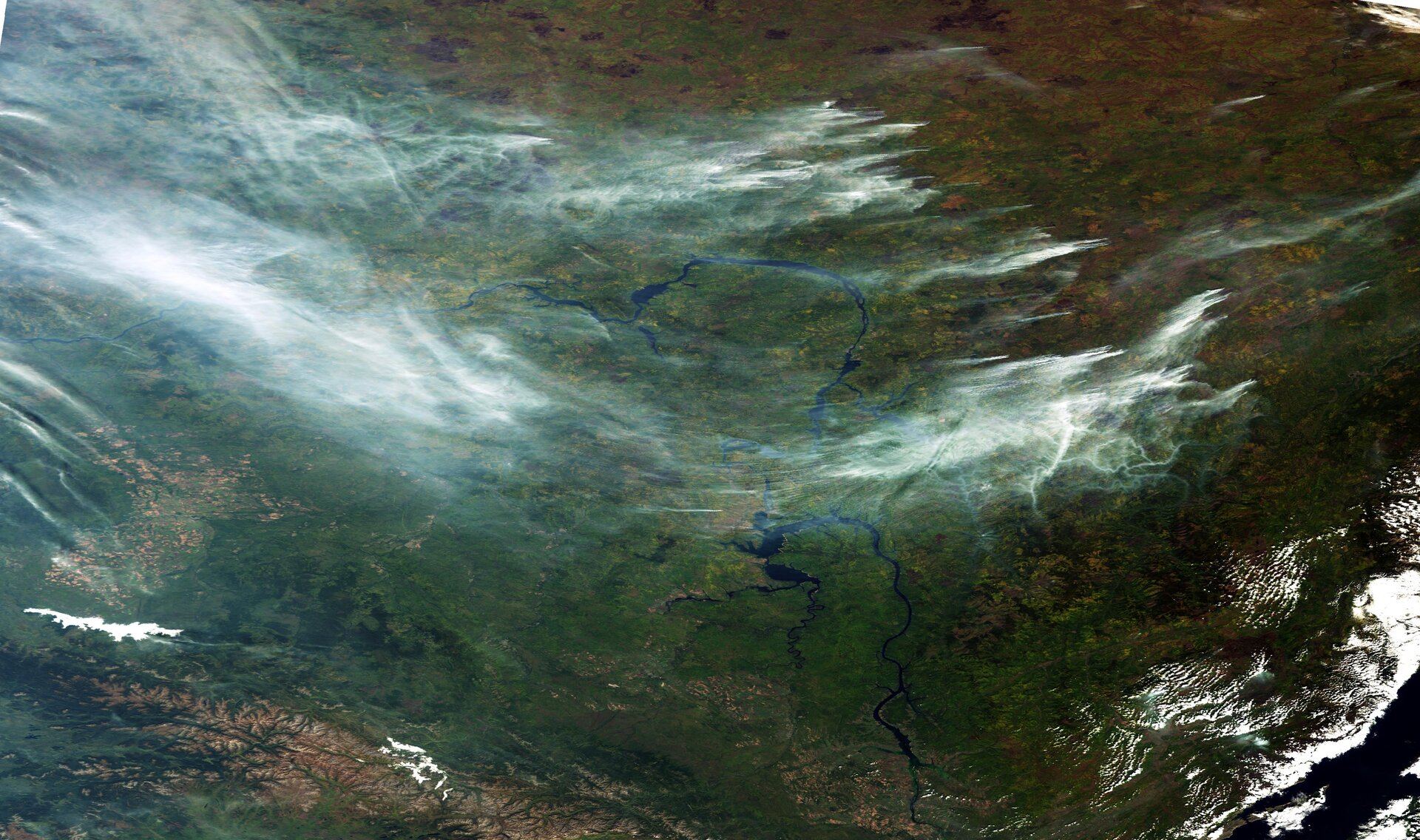 Wildfires break out in the boreal forests of eastern Russia most summers, but 2016 has been particularly bad, with numerous blazes since July. This image, which was taken by the Copernicus Sentinel-3A satellite on 14 September, shows smoke billowing from a string of fires northwest of Lake Baikal in Siberia. These huge smoke plumes stretch over 2000 km. It is thought that drier conditions associated with warmer weather – this June being the hottest on record – have contributed to the unusually large number of fires.

While this image was captured with Sentinel-3A’s Ocean and Land Colour Instrument, the same scene showing the fires was imaged with the satellite’s Sea and Land Surface Temperature Radiometer.