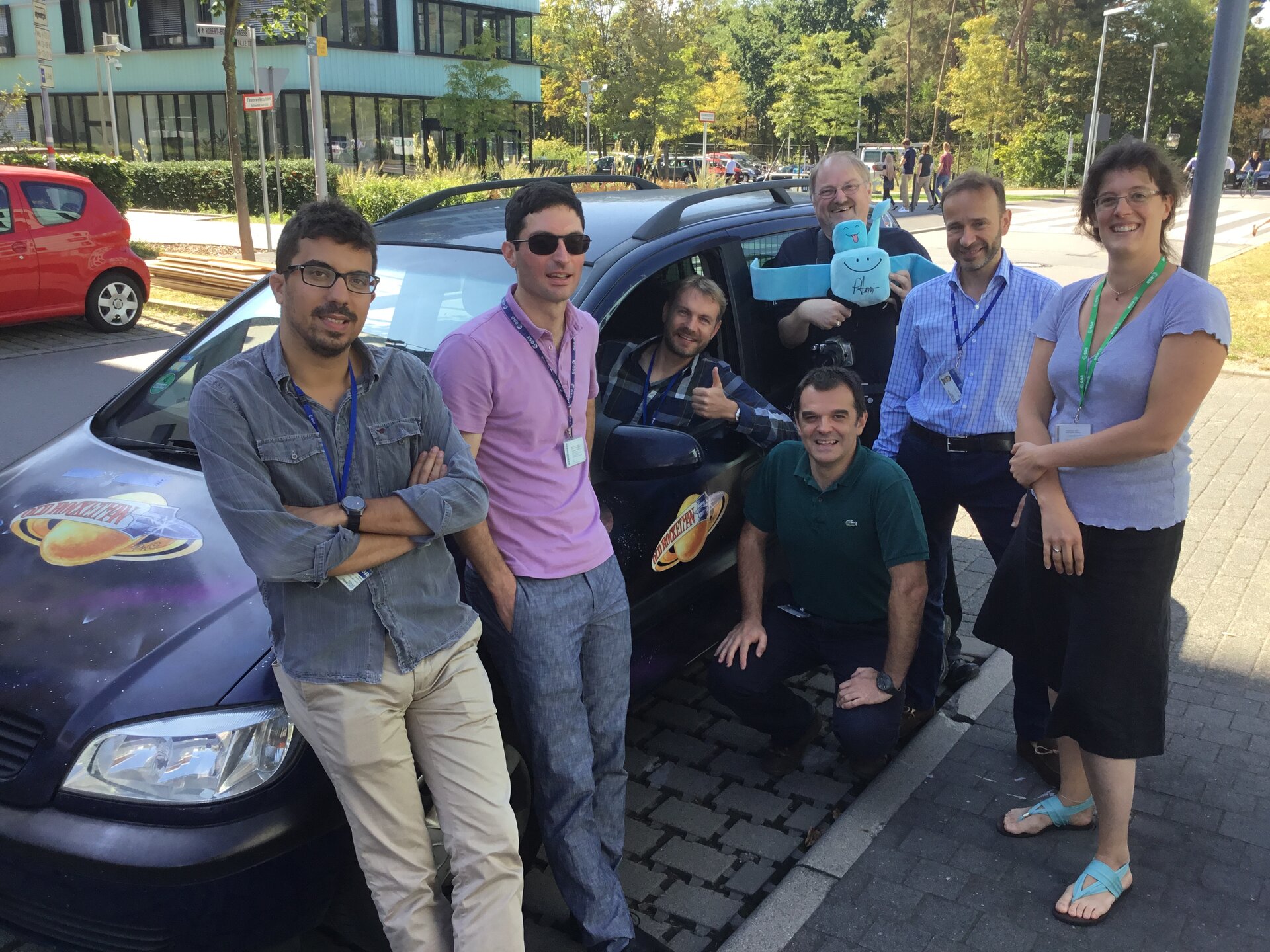 When was the last time you autographed a car?

Better yet, when was the last time you inked a car emblazoned with logos and artwork highlighting Rosetta and Philae, an epoch-making comet orbiter and lander?

The Rosetta mission is set to end on 30 September.

The car has also been signed by ESA astronaut and first European commander of the International Space Station, Frank De Winne, as well as by Neil Armstrong’s son, Eric.

The club’s founder, Robert Vogel, kindly drove the SciFi car over to ESOC’s front gate for the signing ceremony.