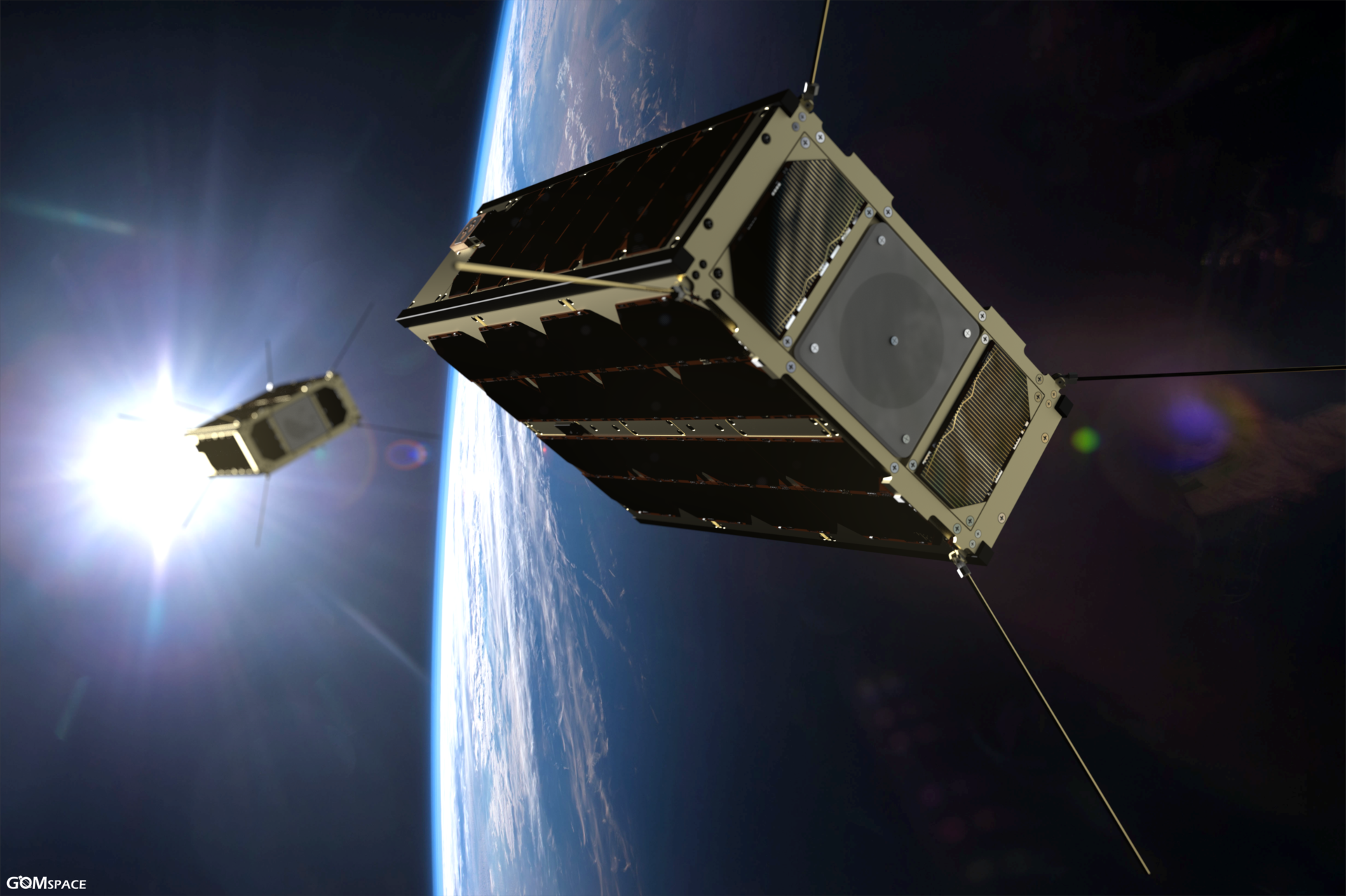 GomX-4B is double the size of ESA’s first technology CubeSat, GomX-3, which was released from the International Space Station in 2015.

The contract with Danish CubeSat specialist GomSpace is supported through the In-Orbit Demonstration element of ESA’s General Support Technology Programme, focused on readying new products for space and the marketplace.

GomX-4B will be launched and flown together with GomX-4A on 2 February 2018, designed by GomSpace for the Danish Ministry of Defence under a separate contract.

The two CubeSats will stay linked through a new version of the software-defined radio demonstrated on GomX-3, while their separation on their shared orbit will be controlled up to a maximum 4500 km.

Such intersatellite links will allow future CubeSat constellations to relay data quickly to users on the ground. The same radio system will also be used for rapid payload data downloads to Earth.