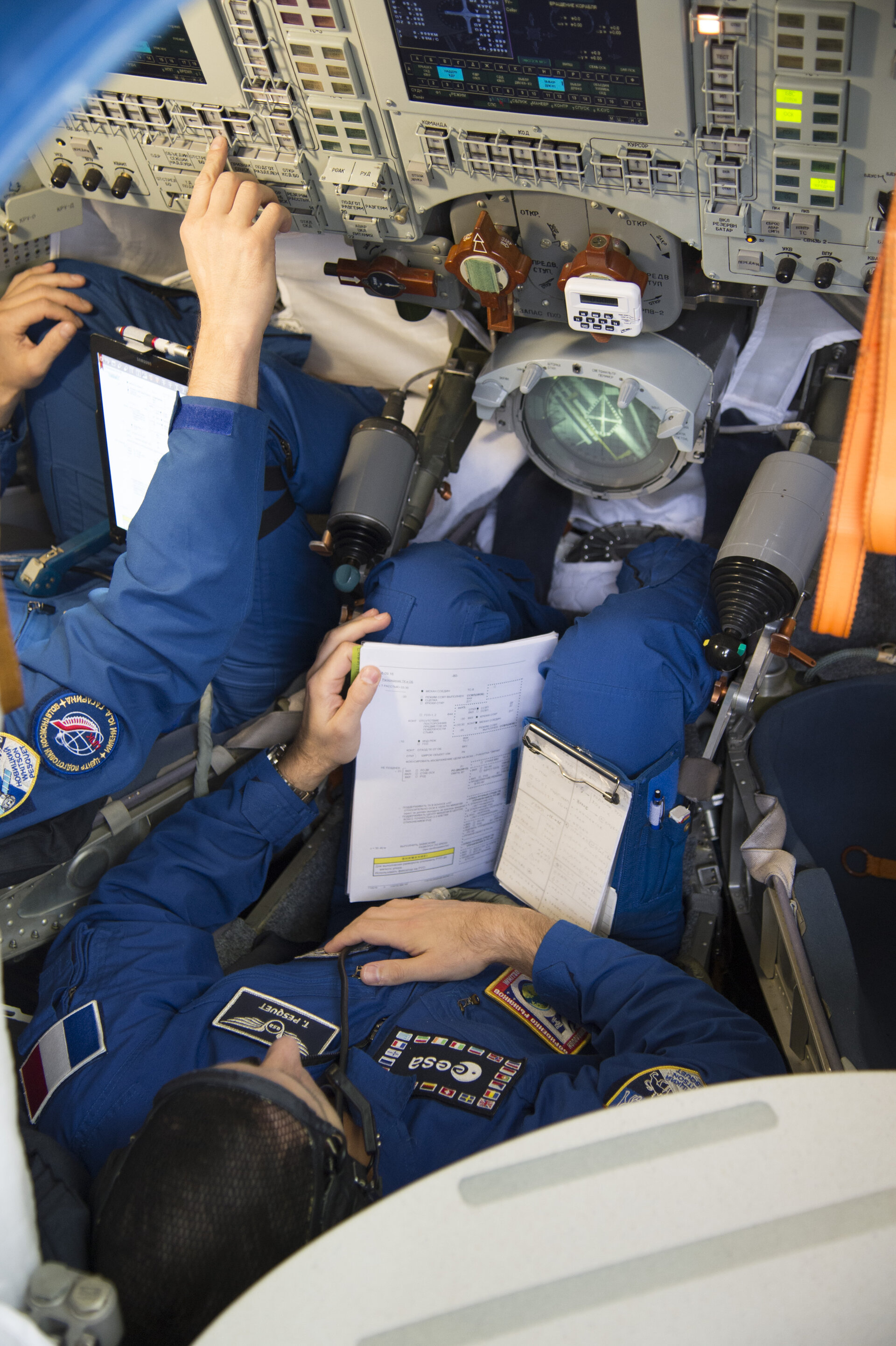 Thomas and Oleg during training at GCTC

Thomas will be launched into space together with cosmonaut Oleg Novitskiy and NASA astronaut Peggy Whitson.