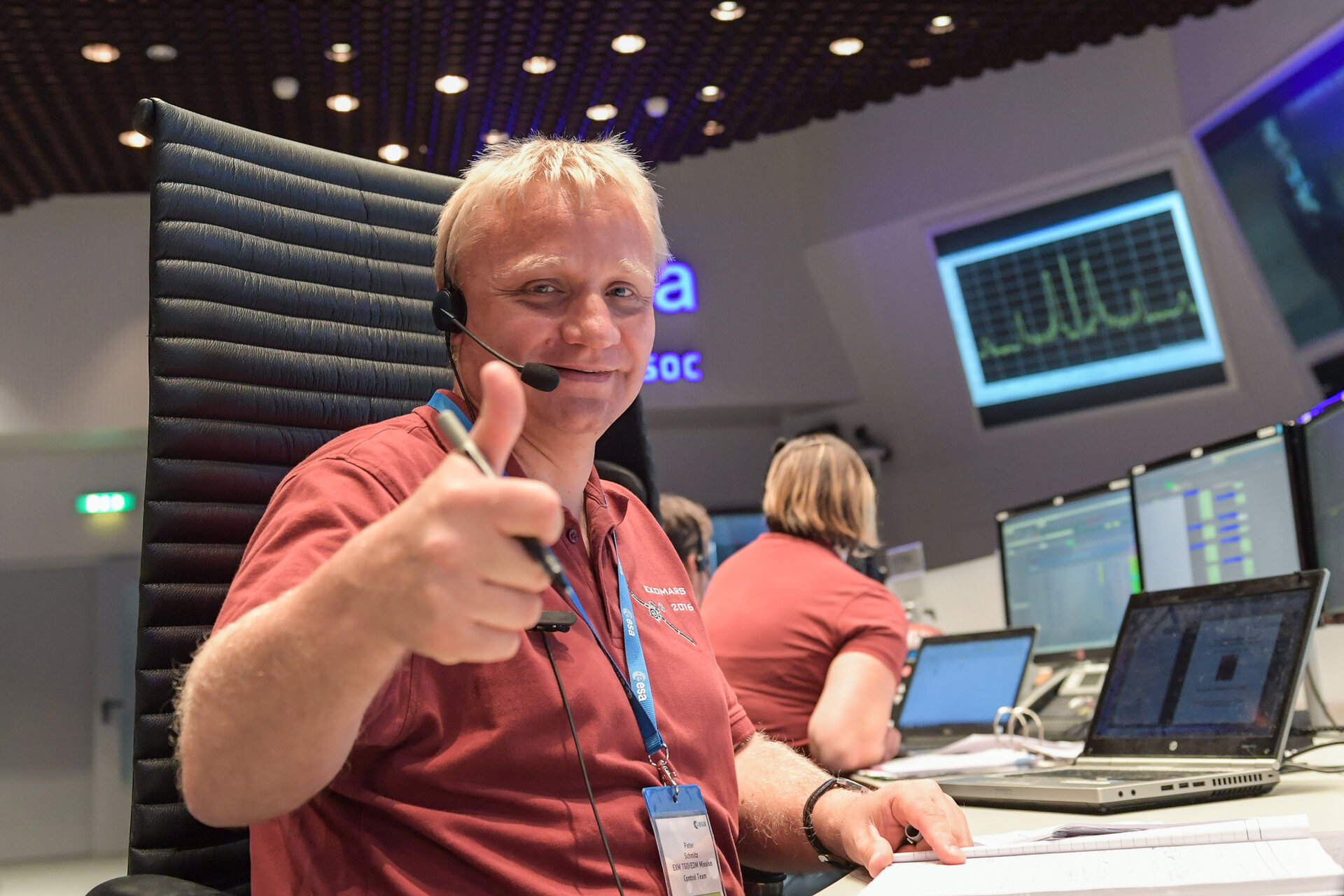 Spacecraft operations manager Peter Schmitz gives the thumbs up in the main control room at ESA’s control centre in Darmstadt, Germany, on 19 October 2016, shortly after the ExoMars Trace Gas Orbiter arrived at the Red Planet.

The spacecraft fired its main engine for 139 minutes to slow it down to be captured by Mars, entering an elliptical 101 000 x 3691 km orbit (with respect to the centre of the planet). It is in excellent health and will start making observations to calibrate its science instruments during two circuits in November 2016.