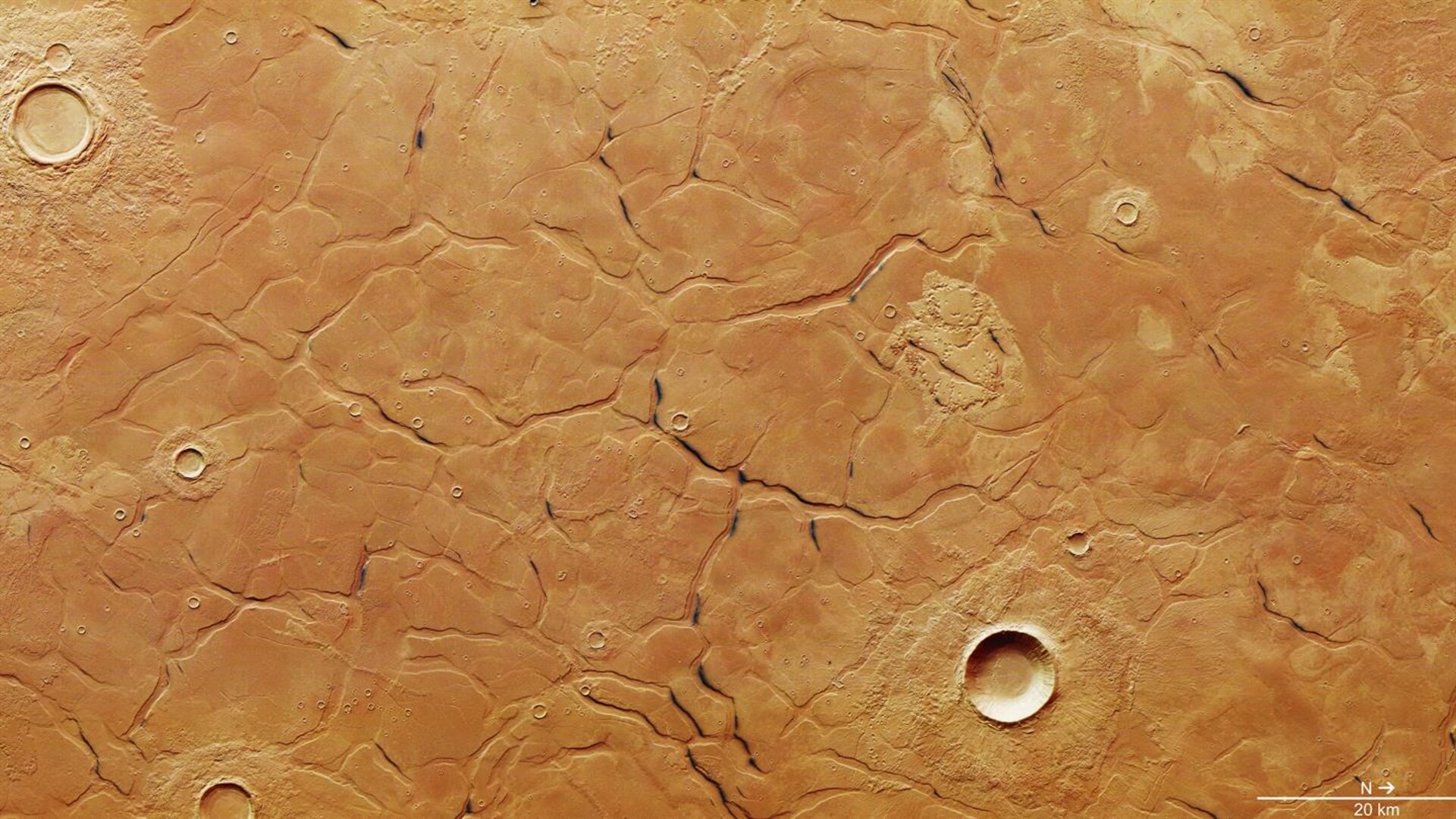 This labyrinth-like system of troughs and plateaus was imaged by ESA’s Mars Express on 21 June 2016.

It shows part of a region known as Adamas Labyrinthus, which is found in Utopia Planitia in the northern lowlands of Mars. Here, the randomly shaped blocks vary in size from 5–20 km across and are separated by cross-cutting troughs with widths of up to 2 km.

The pattern is similar to that observed in some offshore locations on Earth, supporting an idea that the scene here results from the deposition of fine-grained sediments in an ocean.

The formation of such polygons with surrounding troughs has been attributed to a number of varied processes, including collapse under gravity, the expulsion of fluid from the porous sediments as they are being compacted, low friction between the sediments resulting in mass wasting, and local tectonic activity extending the blocks apart. The underlying topography of the surface below may also play a role.

One idea for the scene shown here on Mars is that sediment slurries were deposited during catastrophic flooding on an ice-rich surface, and contracted into the polygons as the sediments were compacted and expelled their fluids.

Later, tectonic activity and the gradual sublimation of buried ices could have caused gradual widening and deepening of the troughs between the giant polygons.

Icy material certainly played a role in this region’s appearance at some point: the larger impact craters show characteristic “pancake” debris blankets, which indicate heating and melting of a subsurface ice layer at the time of the impact.

In addition, some of the troughs show dark deposits, which may be ash layers being revealed from below a cover of dust-covered ice as Sun-facing slopes are gently heated.

The ground resolution of this image is about 15 m per pixel and the images are centered at 39ºN / 101ºE. For more images and details of this region, see the associated image release by the DLR German Aerospace Agency and by Freie Universität Berlin on 8 September.