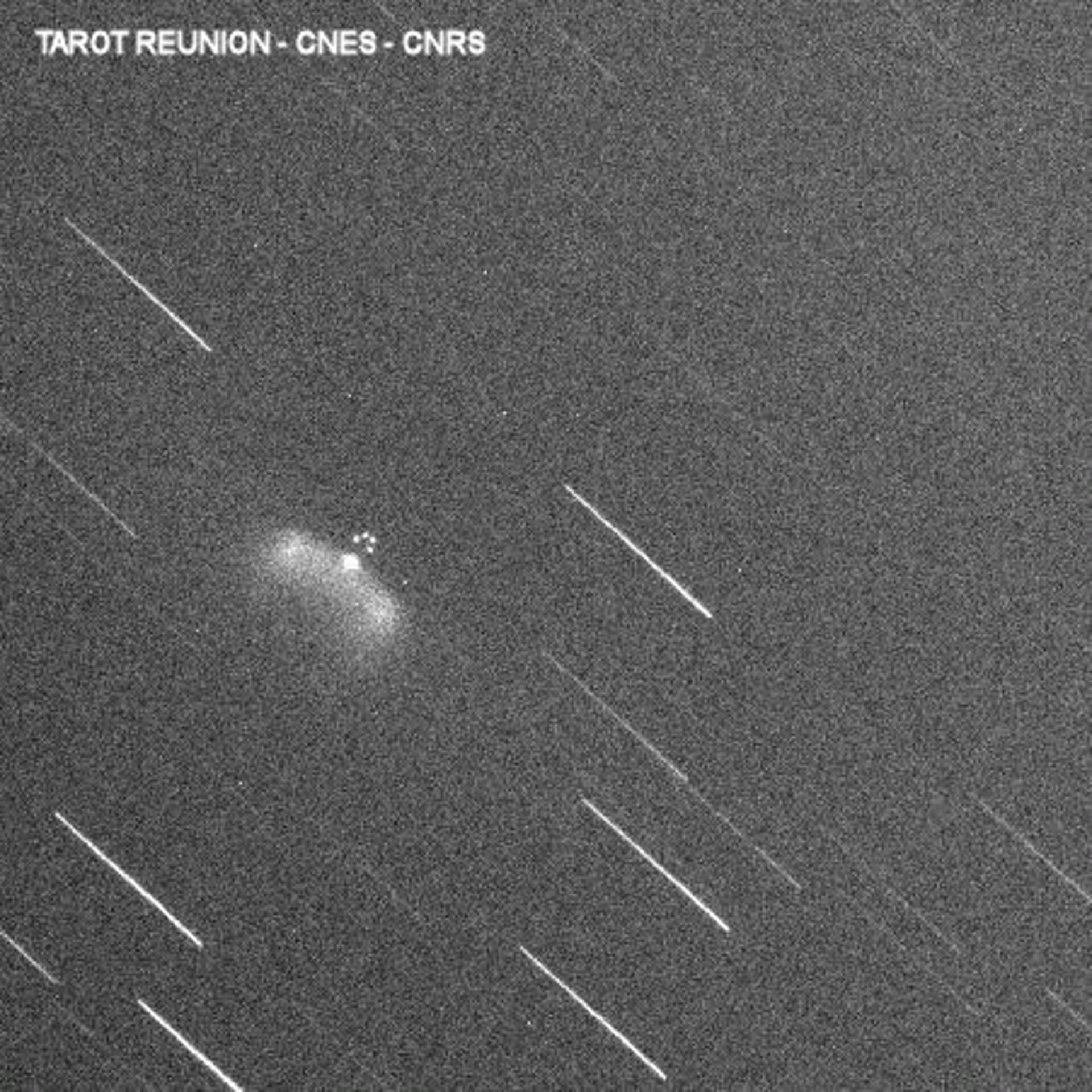 The recently separated Galileo satellites 15–18 seen in space as four closely clustered dots above their Ariane 5 EPS upper stage, which is venting propellant (the brilliant cloud from both sides of the EPS) as part of its passivation process.

The two brighter spots/areas at each side is due to the passivation process itself, in which − after the opening of the valves − the pressure falls quite quickly and therefore a higher concentration of discarded propellant is found further from the EPS.

This image was acquired by the CNES/CNRS-operated TAROT telescope on Réunion Island at 17:23 GMT (18:23 CET) on 17 November 2016, approximately 21 minutes after the second separation of paired Galileo satellites. The agile TAROT telescopes are used to hunt out optical evidence of Gamma-ray burst events as well as observe and catalogue space objects in high orbit.