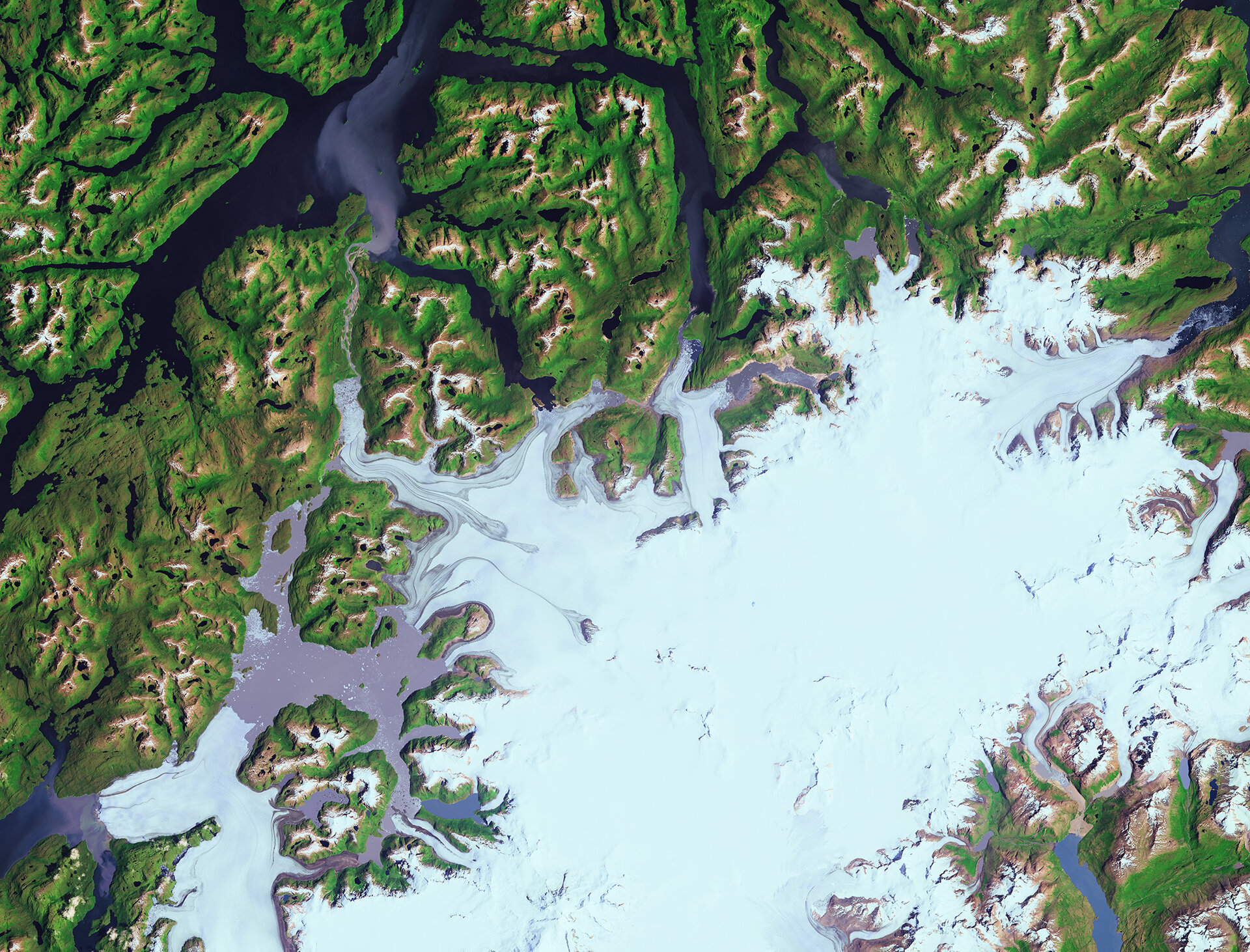 Part of Chile’s Bernardo O’Higgins National Park in southern Chile is pictured in this Landsat-8 image from 8 January 2016.

The park includes much of the Southern Patagonian Ice Field – the world’s second largest contiguous ice field beyond the poles.

Classified as an expanse of ice covering less than 50 000 sq km, ice fields are formed by a large accumulation of snow which turns into ice with years of compression and freezing. Shaped by the underlying topography, glaciers often form at the edges of an ice field, draining the ice off.

The Southern Patagonian Ice Field is the larger of two remnant parts of the Patagonian Ice Sheet, which covered all of southern Chile during the last glacial period some 12 000 years ago.

One of the main attractions in this area is the Brüggen Glacier, also known as Pío XI Glacier, visible in the lower left corner of the image. This is the longest glacier in the southern hemisphere outside Antarctica, and has been advancing, first reaching the western shore in the 1960s, and then advancing north and south.

Just above this glacier, we can see how the waters of Lake Greve appear lighter in this false-colour image compared to other water bodies. This is due to the presence of suspended fine sediment in the water produced by the abrasion of glaciers rubbing against rock, called ‘glacier milk.’

Another notable geological feature in this area is the active, ice-covered Lautaro Volcano in the lower-central part of the image.