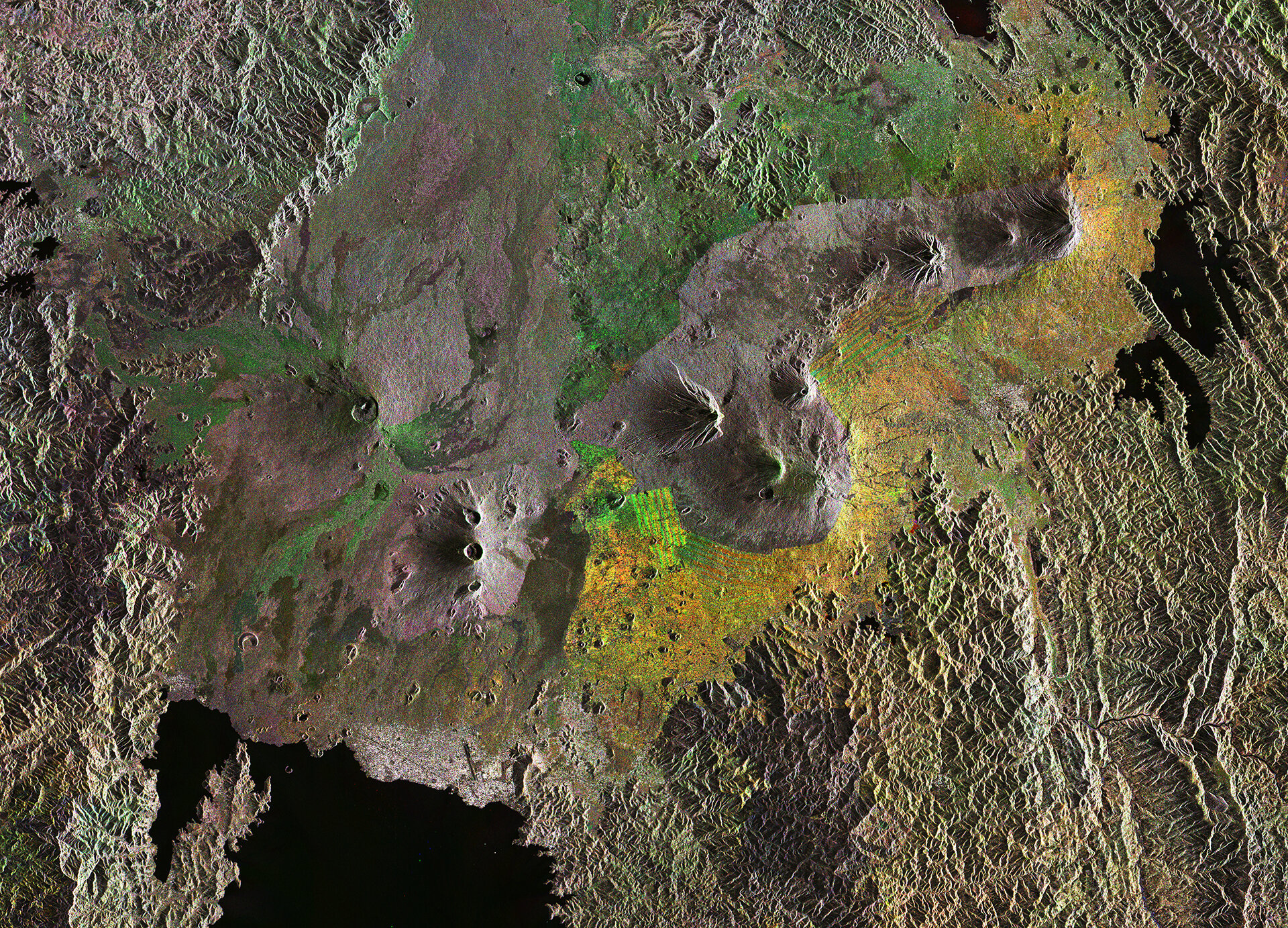 This Sentinel-1 radar composite image features the Virunga Mountains in East Africa: a chain of volcanoes stretching across Rwanda’s northern border with Uganda and east into the Democratic Republic of the Congo.

While most are dormant, two of the eight volcanoes are active, with the most recent eruptions in 2006 and 2010.

The mountains are on the Albertine Rift, where the Somali Plate is splitting away from the rest of the African continent. The area is one of Africa’s most biologically diverse regions, but high human population density, poverty and conflict pose a challenge to conservation. Across the mountain range, however, a series of national parks has been established to protect the fauna and flora.

In this image, we can easily identify the delineation between the protected and non-protected lands – the green, orange and yellow dots indicate changes in the surface of non-protected lands between the radar scans that make up this composite image. These changes are primarily in vegetation as the land surrounding the mountains is blanketed with agricultural plots.

In particular, we can see the grid-like pattern of agriculture is visible in the green and yellow square at the centre of the image.