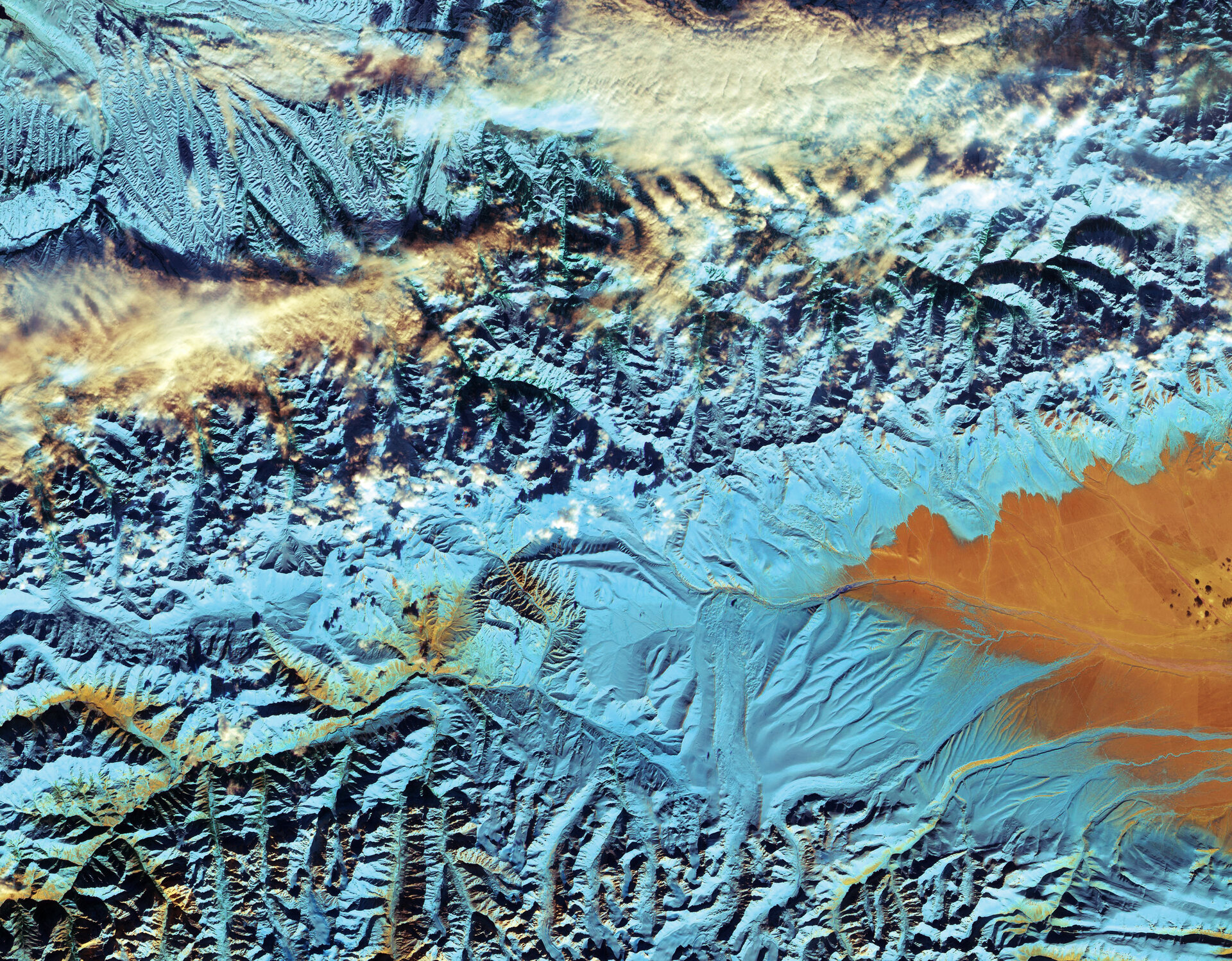 Sentinel-2A takes us over northwestern China near the border with Kazakhstan and Kyrgyzstan in this false-colour image.

The mountains pictured are part of the Tian Shan range, which stretches about 2800 km across this border region, making it one of the longest mountain ranges in Central Asia.

The glaciers of Tian Shan have lost about a quarter of their ice mass since the 1960s, and scientists estimate that half of the remaining glaciers will have melted by 2050. Glaciers are a key indicator of climate change, and their melting poses threats to communities living downstream.

We know well that snow and clouds are both white – had this image been in true colour, we wouldn’t be able to differentiate between the two. But Sentinel-2’s imager can view the area in different parts of the spectrum, and can separate clouds from snow. In this image, clouds are white while snow appears blue. This is particularly important for mapping snow cover.

A few clouds can been seen over the mountains near the centre of the image, with thicker cloud cover in the valleys to the north.

The orange area on the right side of the image is part of the Bayanbulak Basin, a large grassland area of about 24 000 sq km. Although not pictured, the basin also hosts an important wetland and China’s very own ‘Swan lake’ – the highest-altitude breeding ground for swans in the world.

This area of the Tian Shan mountains in China's Xinjiang Region became a UNESCO World Heritage Site in 2013.

This image from the Copernicus Sentinel-2A satellite was captured on 18 November 2016, and is also featured on the Earth from Space video programme.