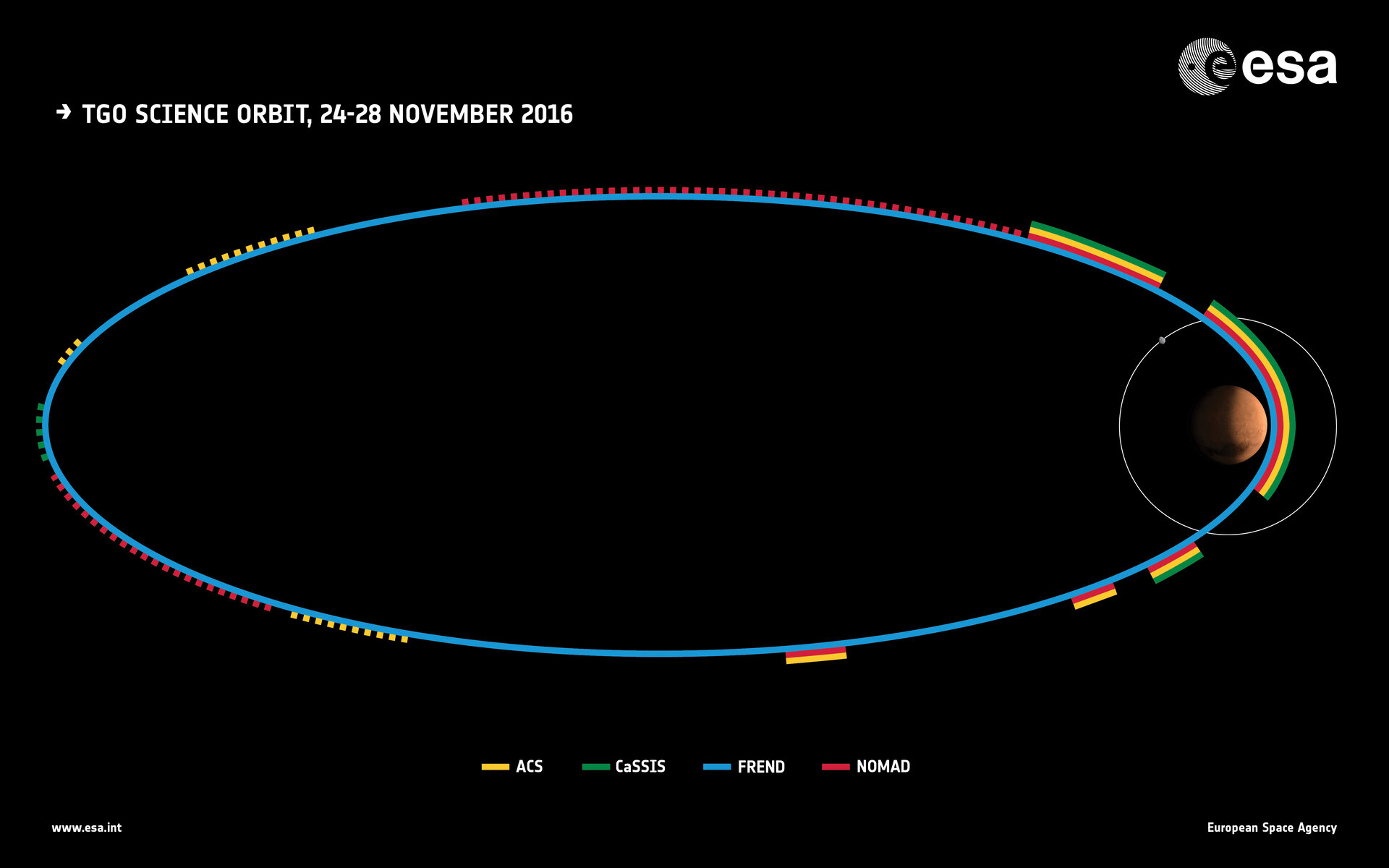 In November 2016, the ExoMars Trace Gas Orbiter tested its four science instruments during two orbits of Mars. This figure shows when the Atmospheric Chemistry Suite (ACS), the Colour and Stereo Surface Imaging System (CaSSIS), and the Nadir and Occultation for Mars Discovery (NOMAD) operated during the second orbit, 24–28 November. The neutron detector FREND collected data during the entire period. For ACS, CaSSIS, and NOMAD, dashed lines indicate periods of testing and solid lines are when scientific measurements were made. Mars’ innermost moon Phobos is also indicated; a number of measurements focused on this moon during the second orbit.