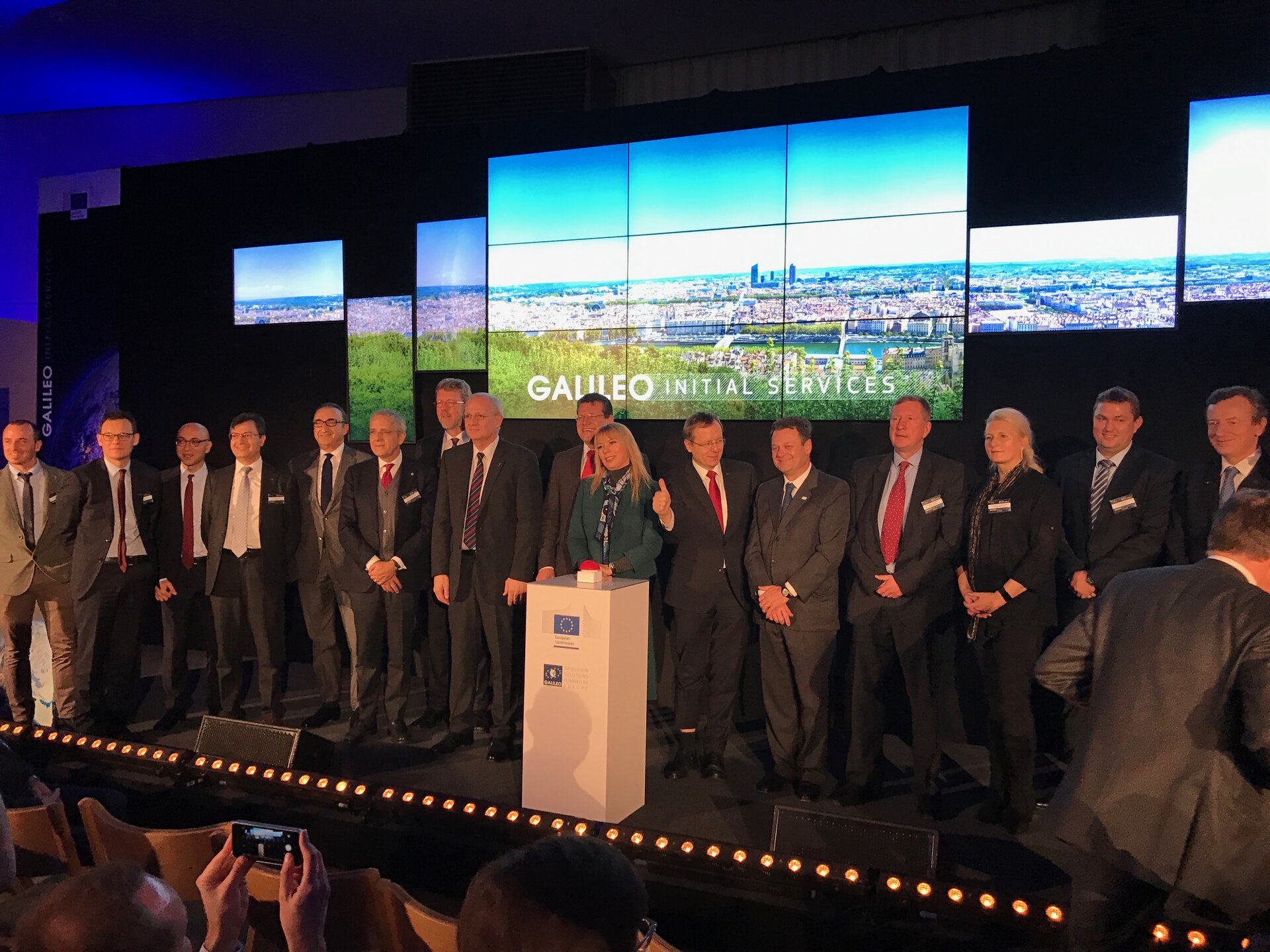 Galileo begins serving the globe thanks to ESA, the EC and GSA

Galileo begins serving the globe thanks to ESA, the EC and GSA.

On 15 December 2016, the European Commission, owner of the system, formally announced the start of Galileo Initial Services, the first step towards full operational capability.